You know when you're really busy and you haven't had a chance to update Facebook for a while, so you hammer out a post real fast? 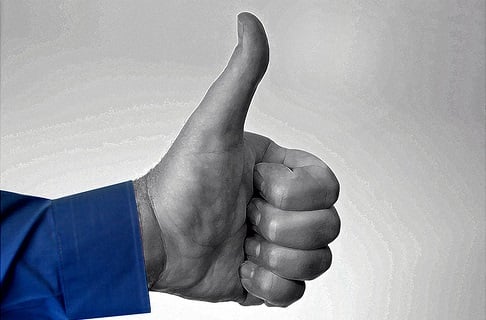 And then because you're really busy, it reads a little something like this:

Did you all hear about Goorgle's encryption news? If not, you should read about it, especially if you're doing a lot of SEO http://blog.hubspot.com/google-encrypting-all-searches-nj.

Even worse? When you only notice your Goorgle mistake after you've gotten like, 20 Likes and 4 comments (two of which are mocking you for saying Goorgle). So now you have two choices: Endure the shame, or delete your post and rewrite it, and lose all that social engagement you've racked up.

Soon, (or depending on when you're reading this, now) you won't have to go through that anymore.

Facebook Starts Rolling Out the Ability to Edit Posts

Facebook rolled out the ability to edit comments on posts a while back, which was a great feature. However you couldn't edit the post itself. According to Mashable -- and confirmed by Facebook -- many Android users now have the ability to edit their Facebook posts. The feature should roll out to web users over the next couple days, as well as remaining Android users who haven't seen the feature arrive yet. The next iOS update will probably see the update, as well. It doesn't appear to be a feature on business pages ... at least not yet ... but the comment editing feature was enabled for business pages, so I'm hopeful.

Here's how the feature works. When you post an update that you want to change, simply find that little gray arrow in the top right corner of the update, like so:

When you're happy with your edits, just click "Done Editing," and you're good to go!

To prevent people from pulling a huge bait and switch -- posting something that will get a ton of engagement and then swapping it with something lame later on -- Facebook's enabling you to see revision history on comments.

So no sneakiness, ya hear?

Have you seen this feature roll out for you yet?