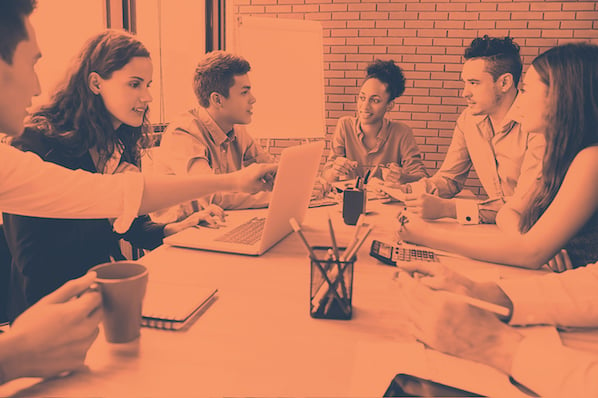 In 2018, Facebook enacted some algorithm changes that negatively impacted a brand's ability to reach its audience organically.

HubSpot's Latin America & Iberia Marketing team were no exception to this.

Despite having half a million Spanish-speaking fans on our Facebook page, we realized we were barely able to reach one percent of them — which is pretty shocking, if you think about it.

That meant, despite years of work building up our Facebook audience on the platform, that we weren't even able to communicate with our fans when we had something interesting to say.

Unless, of course, we paid.

But, from our perspective, paying to talk to people who already know about HubSpot, and presumably already like us, didn't sound the right thing to do. It also didn't seem to align with our goal of creating sustainable, genuine connections with our audience.

After months of suffering a down-trend on our Facebook numbers, and finding out about an increasing number of Facebook updates, we reached a turning point when we realized we needed to change our social strategy — and, more fundamentally, the way we thought about Facebook.

Here, we're going to explain the six fundamental changes we made to our Spanish-speaking Facebook strategy to increase our organic reach over two and a half times.

How To Increase Organic Reach Despite Facebook's Algorithm Changes

Traffic was one of the main metrics we used to measure our Facebook performance in the past. As many brands do, we saw Facebook as a portal to our website — a channel to obtain traffic.

In fact, Facebook has traditionally be one of the most important sources of traffic for many businesses … so it would be foolish not to tap into it, right?

Unfortunately, that was the case for the old Facebook. In the last couple of years, however, Facebook has carried out many updates for the same underlying goal — to keep users on Facebook longer, and increase engagement on the platform itself. As a consequence, external links are not held in very high regard.

Now, brands that only use Facebook as an amplifying channel for their websites, or blog, are going to suffer the most from the algorithm changes.

We were part of that group.

Once we realized our old strategy wouldn't work on the new Facebook, we knew we needed a mindset change — something many brands are likely unwilling to do.

Okay, I know what you are thinking now: What happens with my traffic then? How do I convert all those people?

This is what scares most people — you don't. You grow your brand awareness, and grow your reach. People may not be on your website, but they are still seeing your content and your brand, so when they are ready to buy or need something from you, they will remember you. You will be top of mind.

And magic will happen.

Facebook's algorithm favors certain types of content. And those algorithm-favored pieces of content are put in front of more people — and, as a result, get more engagement.

Of course, those favored content types are constantly evolving at Facebook, as the company continues to try to improve the engagement of its users. So it's critical you remain flexible and willing to experiment with content types as you enact your own Facebook strategy.

For us, videos have been our best bet over the past year, and have worked wonders for us — once we recognized the power of video, we moved from less than 10% video content to 50% video content, which consistently gets higher reach than any other type of content.

3. Break up with paid boosting.

Along with the change to our organic strategy, we also changed the way we approach boosting posts on Facebook.

We came to the conclusion that boosting is not a sustainable strategy to get people's attention on Facebook. We slowed down our spending to focus on organic-only, and to understand which type of posts work for us — and which didn't.

Once we started to see improvements in our organic reach and were happy with our overall strategy, we started investing again on boosting posts but, unlike in the past, we now only boost high-performing posts to generate extra engagement and reach, not clicks.

This approach reinforces our overall strategy and allows us to spread our net wider when it comes to brand awareness.

Additionally, it's important to note we keep our paid social strategy completely separate from our organic strategy, since those teams have varying tasks and goals.

4. Change the way you measure success.

A year ago, we used number of likes as our main growth indicator for social — now, we see that number is meaningless.

Measuring the number of likes a post gets is no longer a good metric to determine the success of your Facebook strategy. There is no point in having 500K fans if your posts are being seen only by 5K. I'd rather have 100K fans, and have most of them see my posts regularly — wouldn't you?

As a consequence, we came to the conclusion that we should move away from likes, and instead adopt a reach metric to measure our performance.

Of course, total reach can be easily manipulated by playing with frequency — but a metric like Average Reach per Post is something we felt could help us most accurately measure our performance, and how many people are exposed to our brand regularly.

Giving some structure to your social posting might sound like a basic tip, but it really gave us the consistency and focus we needed for Facebook.

We implemented a detailed social calendar and divided the posts by categories, allowing us to be more effective when creating content. It also enabled us to work better as a team. For instance, we allocate some weekly slots to areas of the business we want to surface, such as the Flywheel or Academy, and created social content with that in mind.

This structure also helps us to better analyze which posts perform best, and adapt our social calendar on an ongoing basis.

Not everything works as planned. We have tested some ideas that have failed — alternatively, good-performing ideas have lost momentum.

#MartesEnVivo, a weekly Facebook Live broadcasting series, was our Tom Brady for months. Every week, it would be our top-performing post, driving up engagement and reach numbers.

But nothing lasts forever. When introducing more and more video content as part of our social content, we noticed that #MartesEnVivo was losing momentum, and the performance was not good enough for all the effort we were putting into it.

However, the content we shared in #MartesEnVivo was unquestionably valuable for our users, so we recently decided to spin the series and relaunch it on YouTube with a different name and different format.

The plan with this is to take advantage of YouTube search nature to make the lifespan of these videos longer — and, also, to free up some precious slots on Facebook for ephemeral videos that perform better there.

This will happen to you as well, so it's always a good idea to keep in mind that Facebook is not the only social network that businesses can use.

The results have been surprising, even for us. We knew this was the right approach, but we never anticipated such a big improvement in our metrics in only five months.

Ultimately, we saw an average 185% increase in organic reach per post. We also saw a significant increase in all the metrics related to video-viewing on Facebook.

Over the next year, we are going to strive to push these numbers even further by continuing with this strategy, and trying new formats that can give us an extra push. 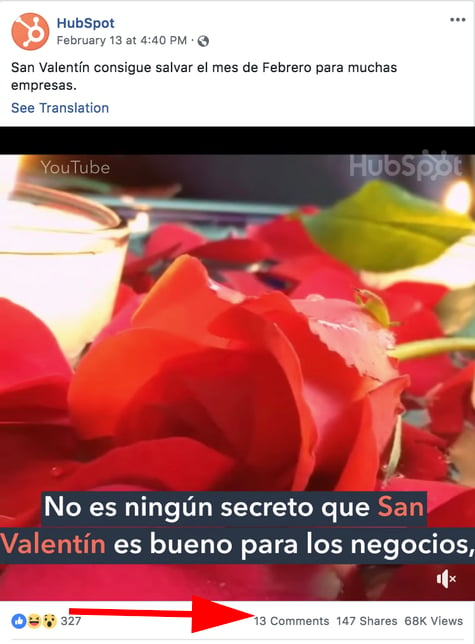 Facebook Stories, for instance, is receiving a lot of attention from the Facebook community — so it's definitely something on our radar.

Ultimately, Facebook's algorithm changes can be scary and frustrating for your company, but it can also serve as a major opportunity for new growth. By changing your Facebook strategy to respond to Facebook's changes, you just might find new avenues to reach, and impact, an even larger audience.