How Workplaces Get Diversity Training Wrong 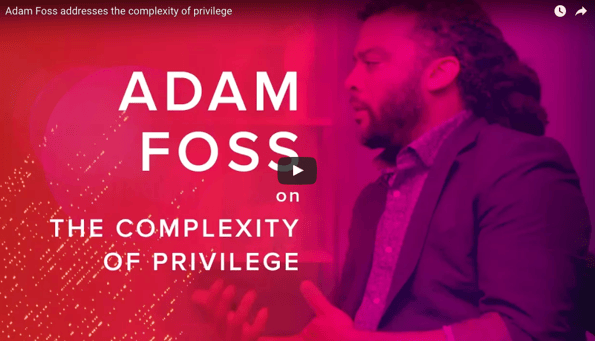 Back in 2015, a McKinsey report found that companies with management teams in the top quartile for ethnic and racial diversity were 35% more likely to have financial returns above their respective national industry medians. Companies in the top quartile for gender diversity were also 15% more likely to have returns above their industry means. 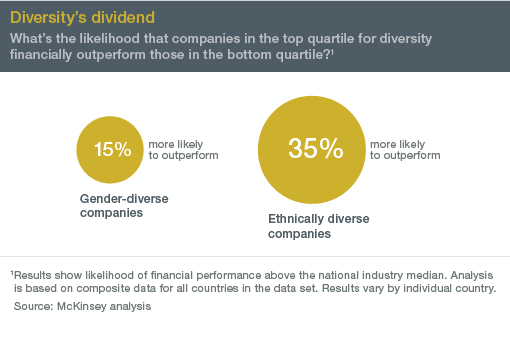 But diversity isn't a just business play. It's a human play. And as more companies start to incorporate diversity programs into their training and hiring practices, many are failing to develop truly meaningful, empathetic initiatives that go beyond surface-level quotas and checkboxes.

A recent investigation by Harvard Business Review found that some common tactics like mandatory skill assessment tests to reduce hiring bias, annual performance ratings to evaluate pay gaps, grievance systems to rehabilitate biased managers, and compulsory diversity training programs to educate employees just aren't doing enough to bring organizations into the 21st century. In fact, some of these initiatives might even have an adverse impact on organizational health, reinforcing bias instead of alleviating its damage.

According to sociology professors Frank Dobbin and Alexandra Kalev, "Those [diversity initiatives] are designed to preempt lawsuits by policing managers' thoughts and actions. Yet laboratory studies show that this kind of force-feeding can activate bias rather than stamp it out. As social scientists have found, people often rebel against rules to assert their autonomy. Try to coerce me to do X, Y, or Z, and I’ll do the opposite just to prove that I’m my own person."

By no means does this study indicate you should abandon your company's diversity program for fear of failure. It means it's time for a more empathetic, self-aware approach to diversity -- in the workplace and beyond.

Adam Foss, a former Assistant District Attorney in the Suffolk County District Attorney’s Office in Boston and the founder of Prosecutor Impact, sat down with The INBOUND Studio -- an interview series that highlights relevant themes at the intersection of pop-culture, business and advocacy -- to discuss diversity, empathy, and the complexity of privilege.

At Prosecutor Impact, Foss builds training programs for prosectors, teaching them to take a more empathetic, conscious approach to their work and the betterment of the communities they practice within. He's found that cultivating empathy, rather than diversity alone, is necessary for creating real cultural changes.

"Empathy is the ability to share and understand the feelings and experiences of another. That is not what diversity means. Diversity just literally means 'difference.'" - Adam Foss

"Empathy is the key driver of success in the criminal justice system, because its so devoid of empathy, or anything that requires empathy," Foss explains in the interview. "I think that's why we're in the mess that we're in now with the incarceration population, the size that it is and who it's affecting. It has marginalized people -- period. To really start turning that corner and succeeding and seeing that change, there's been a drive to create empathy as part of the education of folks."

The training at Prosecutor Impact focuses on building empathy through both academic and experiential learning, educating prosecutors on subjects that deepen their understanding of the communities they serve, and confronting them directly with the realities of incarceration to strengthen their capacity for empathy.

"People are on board with that part of it: getting this new visceral experience, learning these new things," Foss says. "Where it gets difficult is when you have to start tackling harder issues like what is the role of race, what is the role of gender, and religion, and sexual orientation."

"When you start having those questions, people get defensive, or negate their privilege by talking about how they had [difficulties] and how they made up for them. And both of those things are really dangerous and counterproductive when you're trying to change culture."

Refocusing Diversity Initiatives in the Workplace

Foss admits that discussing privilege is "a difficult conversation to get started," but it's a conversation worth having. Becoming aware of the privilege you possess is the first step to leveraging it in a meaningful way, and many conventional diversity programs fail to address this.

Focusing on empathy and self-awareness over quotas and trainings aimed at instantly stripping away biases is a more holistic, realistic approach to embracing a more diverse workplace and world.