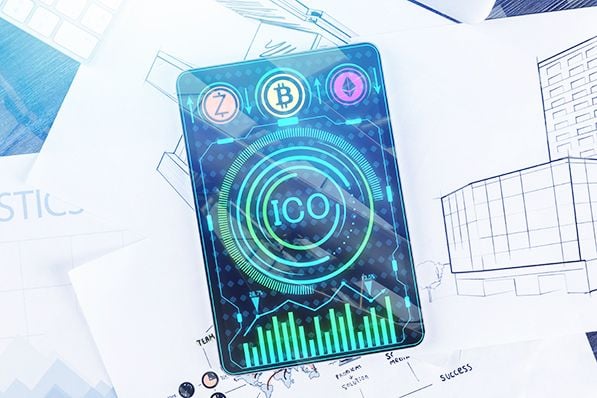 This year, more than 700 companies have raised over $18 billion, without giving a single percentage of equity stake to their investors. The catch? There really isn’t one.

Through initial coin offerings, companies can create and sell their own digital currencies to investors and raise a ton of money without giving away any equity, which they would have to do if they sold stock to investors or raised money from venture capitalists.

And since ICOs are generally more beneficial to businesses than other fundraising methods, they’re one of the most exciting types of crowdfunding.

But ICOs are also new and unregulated, so they’re a high-risk, high reward venture for both companies and investors. If you can’t prove the value of your new coin or token, your ICO could fail, and if you invest in a fraudulent ICO, you’ll never see that money ever again.

If ICOs pique your interest as an investor or business, but you don’t know much about them, we’ve got you covered. In this blog post, we’ll teach you what exactly an ICO is, its risks and rewards, and the process of effectively launching one.

What is an ICO?

An initial coin offering is when startups raise money by creating their own digital tokens or digital coins that can be spent to use the company’s current or future service. The company sells a limited number of their newly minted cryptocurrency to investors in exchange for established cryptocurrency like Bitcoin or Ether.

For instance, in 2017, Filecoin, a blockchain-based data storage company, launched the largest initial coin offering ever, raising over $257 million. Their investors will be able to pay for space on the cloud storage network that Filecoin has promised to build with the funds.

Most ICOs don’t raise loads of cash for companies or generate huge profits for investors, though. 92% of ICOs that had a minimum market cap of $50 million and were expected to actively trade failed to list on ICO exchanges. The new fundraising method also has a reputation for being riddled with scams.

ICO Scams and Controversy Around the World

With no contractual or legal obligation for companies to build their promised product or service, there can be little incentive for them to actually deliver on their promise. And since ICOs have a lot of hype, criminals can exploit naive or overly optimistic investors with a fake ICO.

Over the past two years, investors have handed almost $100 million to companies who don’t build their promised product but keep their investors’ funds anyway. Another study by Satis Group, an ICO advisory company, claims that over 80% of ICOs are scams.

The projects that inject value into new cryptocurrencies also tend to fail at a high rate. Almost 50% of all digital currency is considered dead, which means they’re usually trading at less than one cent.

Due to the amount of fraud and risk surrounding ICOs, China and South Korea have made raising money through custom digital currencies illegal. The United States hasn’t banned ICOs, but the SEC explicitly warns investors about the risks of investing in ICOs on their website, and they even created their own fake ICO website to prove how easy it is to scam investors.

Even though there’s been a lot of publicity about fraudulent and failing ICOs lately, companies can still successfully raise money through their own digital currencies. In fact, 47% of ICOs listed on cryptocurrency exchanges in Statis Group’s research successfully hit their fundraising goal.

How to Launch an ICO

To launch an ICO, you first need to create your own cryptocurrency. There are four ways you can do this:

1. Use cryptocurrency creation tools on blockchain-based computing platforms like Ethereum to build your own token on top of its existing blockchain infrastructure.

2. Hire a company like WalletBuilders to build your own custom coin or token.

3. Take an existing blockchain’s open-source code and tweak it to create your own coin.

4. Build your own blockchain to create your new coin.

Next, you need to write a whitepaper that pitches your product and the value of your cryptocurrency. It should include:

After you write your whitepaper, it’s crucial to generate hype and buzz for your ICO in the crypto community or else investors won’t know anything about it.

You can market your business and cryptocurrency through crypto forums, crypto channels on Reddit, crypto discussions on Quora, create Slack channels to field questions from potential investors, join crypto groups on LinkedIn and Facebook, reach out to crypto journalists and influencers to cover your ICO, and leverage paid online advertising.

Once you’ve written your whitepaper, you should submit your token or coin to ICO exchanges, the best of which can be found on this list. You can then run a presale for your currency before your campaign goes live.

Unfortunately, failing to raise the minimum amount of money after your campaign ends means your ICO failed, and you'll need to return any funds earned back to your investors.

ICOs: Worth the Risk?

Investing in or launching your own ICO is a risky endeavor. But if you invest in credible companies and can prove the value of your business and currency to investors, you could reap huge dividends.