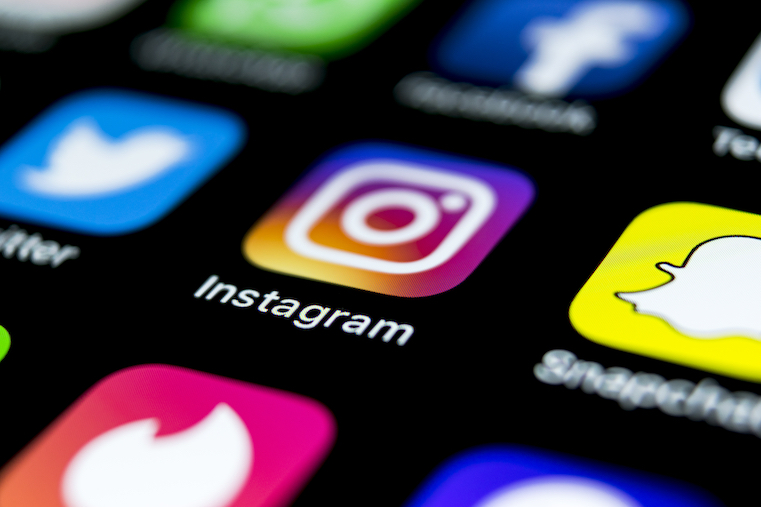 In October, Instagram first began experimenting with the concept of a horizontal feed -- in which users would have to tap the screen to see the next photo, rather than scrolling through a vertical "list" of photos and videos to see what's next. It could be likened to "a single, giant Instagram story," as The Verge's By Chaim Gartenberg describes it, "complete with tapping to advance and a scrolling bar at the top to show you how far you’ve progressed."

But for a brief period last week, that interface change was rolled out to more than a few users due to a bug, only to be restored back to the vertical feed with which we're most familiar shortly thereafter. The video below shows what the short switch looked like, and comments left on test posts indicated that much of the public was less-than-thrilled with the change. Read full story >>

I have the new Instagram horizontal scroll interface. I’m sure this will not be met with any backlash WHATSOEVER. But seems maybe intended to reduce mindless vertical scrolling? cc @mosseri comments at the end 😭 pic.twitter.com/fwmtbfjFaf

2. How Messenger Rings in the New Year

Monday marked the final day of 2018, and people across the globe bid the year adieu and celebrated the dawn of a new year. It also marked what has become an annual tradition of Messenger's busiest day ever -- with its 1.3 billion users, according to a new report from IEEE Spectrum, sending more messages on New Year’s Eve than any other day of the year.

So, with such a high volume of messages being exchanged, how is Messenger kept from crashing? Much of it comes down to extensive testing far in advance, and setting up systems to prioritize certain types of message content. "It’s sort of been awhile," said Messenger Engineering Manager Isaac Ahdout in anticipation of New Year's Eve 2018, "since there was a major problem.” Read full story >>

3. New Features Could Be Coming to Google Duo

In 2016, Google made its initial release of Duo: an encrypted video-calling app that allows users to visually see who's calling them before picking up and leave video messages, among other features.

Now, Duo is rumored to be testing such new features as group calling and low light mode. According to a report from Android Police, the latter feature is one that's been highly-demanded from users, especially since such competitors as FaceTime, Instagram, and Messenger have introduced functions to allow calls with multiple users. The low light mode feature, meanwhile, would send users in a dark room a prompt asking if they'd like the video brightness to adjust according to the amount of light in their respective environments. Read full story >>

4. Amazon Will Probably Open More Whole Foods Stores, but It's All About Prime Now

Amazon, which acquired natural-products-themed supermarket Whole Foods in 2017, reportedly plans to open more of these stores across the U.S. But according to the Wall Street Journal, the expansion mostly has to do with the benefits it could bring Amazon's Prime Now service, which offers its Prime subscription members two-hour delivery of groceries and other goods.

Prime Now is still somewhat limited, however, with availability in 60 cities -- only half of which offer Prime Now order fulfillment from nearby Whole Foods stores. This expansion, however, would bring Prime Now order fulfillment to almost all 475 U.S. Whole Foods locations. The goal: "Amazon also wants to use benefits for Prime members to attract new customers to Whole Foods," write Heather Haddon and Laura Stevens, "and draw them back more often." Read full story >>

5. How Do People Want Their Social Media Feeds Ordered?

Twitter announced last week that it has reintroduced the reverse-chronological feed. That means all users have the option to view their Twitter feeds in the order that puts most recent tweets first -- a response to "the fact that Twitter is often most useful in real time, particularly during live events," writes Casey Newton for The Verge. With the reintroduction of these new changes, we wanted to know: In what order do people really want their social media feed content? Read full story >>

There's a theory that not all smart speakers are created equal -- and that some, it seems, are more adept at understanding and answering our questions than others. That's the idea behind the Annual Smart Speaker IQ Test conducted by venture capital firm Loup Ventures. We looked at how the test worked, and what the results said. Read full story >>

7. What You Missed Last Month in Google

It's the dawn of the new year -- and a new month. So, what was Google up to during the last month of 2018? Catch up on the top stories from Google that you may have missed in December. Read full story >>