Everything You Need to Know About Instagram Pods, the New Way Influencers Are Gaming the Algorithm

In 2016, Instagram changed its algorithm to eliminate a feed full of chronological posts. Now, your post can only appear at the top of a user's feed if it earns a certain level of engagement, signaling to Instagram that your post is popular and should be shown to more people. 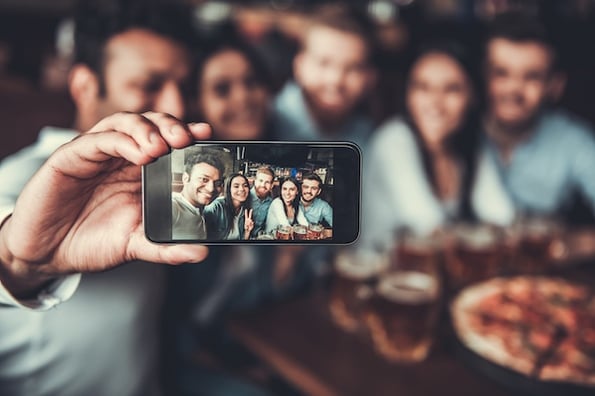 Additionally, in order to rank highly, your post must receive engagement immediately. If your post receives likes and comments, but not within the first few hours after posting it, Instagram likely won't boot it to the top.

The algorithm change is helpful for Instagram users -- after all, I'd personally rather see posts most of my friends are commenting on and liking. However, it's less useful for brands trying to spread their content to a wider audience. Plus, it can seem unfair. If you are trying to grow your audience by sharing helpful content, but you don't have a ton of followers at the moment, it's twice as hard to get your posts seen by new people.

So how can you get around it? Sure, there are a few shady tactics out there, like buying followers or using bots, but none of those methods will earn you a long-term, loyal audience. Instead, you might want to consider Instagram pods.

An Instagram pod is a direct message between a group of about 15-20 people who are in a similar industry as your own. Pods' rules vary, but essentially, whenever a user posts something new, they share that post in the direct message, and everyone in the group is required to like or comment. This enables the post to rise to the top of the user's followers' feeds. It's mutually beneficial for everyone in the group, since it operates on a like-for-like or comment-for-comment basis.

In a way, Instagram pods are a more strategic version of texting your friends and saying, "I posted a new Instagram picture but it only has six likes, can you go like it so I don't look lame?"

The concept is the same, but pods take it to the extreme -- instead of texting your friends once in a while, you're in a constant messaging thread, where you're expected to engage with upwards of twenty or thirty posts a day. Plus, you've got to do it in a timely manner, or it won't work.

But if you're committed to growing your following, the effort might be worth the reward. To learn which pods to consider joining, and whether it's even a good idea, read on.

Additionally, you might try Telegram, a messaging app that hosts pods inside the app. Take a look at Telegram's engagement group directory (the link will only work once you have a username), and choose one best suited for your business.

Don't be fooled -- it takes a lot of time and effort to find a pod. Since companies don't typically want to get caught using a pod, pods are often kept secret from the public. Getting caught using a pod could harm your brand's integrity, since it implies your engagement isn't authentic.

Which leads us to our next point -- are pods even a good idea?

As reported by Buzzfeed, Facebook recently removed 10 groups on their platform that were employing tactics like trading likes for likes, or encouraging users to join pods on Telegram. Ultimately, all these tactics are meant to "trick" Instagram's algorithm, which violates their terms of use.

Additionally, it's doubtful whether pods are a useful long-term strategy. Yes, they get you a boost in engagement on posts you send to your group, but that doesn't necessarily translate to the kind of engagement you want -- namely, comments and likes by people who could buy from you down the road, or become your best brand advocates.

Your engagement metrics will also be skewed, and you'll no longer be able to tell if your content is resonating with your potential customers. Is your audience liking your content because they feel it's relatable, or are they liking it because you asked them to?

For instance, I used to ask friends through text to like my Instagram pictures after I'd posted them -- my own version of a pod. After a few weeks, I stopped asking. I realized if I didn't allow my posts to gain natural traction, I'd never know what was working and what wasn't. If one of my posts doesn't get a ton of attention, I take it as a sign I should alter my strategy, rather than trying to trick the system.

Ultimately, pods might be worth it for the initial boost, but they can't substitute authentic engagement, especially if you're testing to see what type of content works best with your audience. For long-term, sustainable growth, you'll want to focus on creating content that earns likes and comments on its own.

Learn how to get followers, build your audience, set goals, and measure success.