What 4 of HubSpot’s Recruiters, Hiring Managers, & Executives Say About Being a “Jack of All Trades” 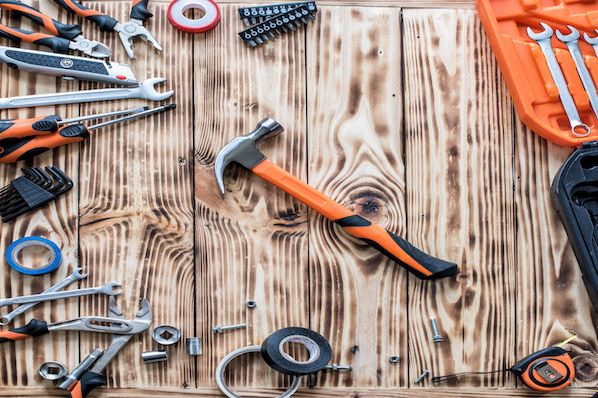 When Karla Cook, the current Editor of HubSpot’s Marketing Blog, first joined the team as a staff writer in July 2016, she realized she had more in common with most of her new teammates than she originally thought.

As a rhetoric major at Bates College, a liberal arts school in Maine, Karla spent more time analyzing political speeches and honing her debate skills than studying marketing methodologies. She had also just spent the last year and a half working as a Support Engineer at HubSpot and was working her way through a masters degree in Corporate Communications.

In other words, she was what most corporate folks call, a “jack of all trades”. But, as a pleasant surprise to her, so were many of her new teammates.

On the Blog Team, five of the seven total members were liberal arts graduates with majors spanning from theatre, communications, psychology, government, and international relations. Most of the bloggers didn’t begin their careers in marketing either. Grant writing, admissions, business analysis, production, and journalism sparked most of the team’s journey into the working world.

A year after Karla joined the team, Cobloom (a SaaS growth marketing agency) released a research report about the SaaS blogs who attract the most organic search traffic in the world. HubSpot’s blog was ranked number one. With a team full of generalists who never studied or specialized in marketing, they still generated three times more organic traffic than Google’s own blog.

So is the old saying that a jack of all trades is a master of none actually true? And why is there so much suffocating pressure put on college students to specialize in only one discipline?

As jobs become more specialized in today’s workforce, it seems logical to hone a specific skill set, especially during school.

But only learning the skills that match the exact requirements of a job today might not prepare you for your job tomorrow.

According to a study conducted by researchers from LinkedIn and the World Economics Forum, majoring in specialized subjects like marketing, finance, IT, and computer science doesn’t teach students the necessary skills to adapt to sudden industry changes and other fields of work, whereas studying broad majors like literature, history, political science, and economics does.

Mark Cuban, a billionaire investor, has also called liberal arts majors free thinkers who can quickly adapt to the rapid evolution of most industries nowadays.

Marketing is one of the ever-evolving industries that Cuban says liberal arts majors thrive in. Fifteen years ago, content marketing didn’t even exist. But, today, it’s the top hiring area in the creative job market, with 25% of executives planning to grow their team this year.

Meghan Keaney Anderson, a Vice President of Marketing at HubSpot, believes content marketing’s swift evolution will continue to accelerate. And the only way to keep up is by being adaptable.

"The world changes incredibly quickly in our industry. What is today a central skill, channel, or strategy may not be tomorrow. We need people who are adaptable and, more than that, who are fascinated by change and have a mental framework and curiosity to learn new approaches,” she says. “I've found that liberal arts majors in particular have a great disposition for that kind of work -- critical thinking, diverse interests, and a strong inclination to understand new areas."

Keaney Anderson suggests there may be some essential content marketing skills today that will be rendered superfluous in the future. There could even be roles sprouting up that don’t even exist right now. This doesn't intimidate liberal arts majors or jack of all trades, though. They’ve learned how to learn and feel comfortable grasping new skills and concepts.

But one skill the industry will always need and marketers should constantly hone is storytelling -- neuroscience proves that it's the best way to capture people’s attention, bake information into their memories, and forge close, personal bonds. We’re programmed to pay our undivided attention to a great story -- that’ll never change.

For a story to be compelling, though, it needs good writing behind it. But writing well in the marketing world doesn’t mean scribbling the most flowery and poetic prose possible. It means logically presenting or dissecting an argument in a clear, concise, and compelling way.

According to Emma Brudner, HubSpot's Director of both the Blog and Community Teams, diversifying your education or skillset will arm you with the critical thinking abilities needed to write well.

“Liberal arts teaches students to not only write, but also to think critically. David McCullough, a two-time Pulitzer Prize winner, once said ‘Writing is thinking. To write well is to think clearly.’ I love this quote and I think about it a lot when hiring writers.” she says. “For the type of writing my team does, being able to organize thoughts and information clearly is imperative -- even more important in my experience than the specific knowledge a more specialized degree, like marketing or advertising, might instill.”

While Brudner speaks to the importance of sharpening your critical thinking skills to write compelling content, developing your creativity is just as crucial for marketing success. According to neuroscience, it’s what drives innovation.

Creativity happens when you mash seemingly unrelated concepts together to form a new idea. Neuroscientists call this synaptic play, and the more incongruent the concepts are, the more synapses occur in your brain.

Studying a variety of disciplines or working in different fields supplies you with a bank of diverse knowledge and experiences to pull from to make these creative connections. And Kipp Bodnar, HubSpot’s Chief Marketing Officer, believes a brain full of diverse inputs will lead to much more inventive ideas.

“Connecting the dots is where so much of the success in marketing comes from. When you have a marketer who has done various aspects of marketing, they are able to understand how everything works together, which helps them accomplish much more than if their focus was isolated to only one deep discipline.”

Bodnar is describing something called cognitive diversity, where having a lot of different inputs in your head lets you connect dots that have never been connected before, giving you an entirely different perspective on things. This not only enables you to be more creative, but it also allows you to challenge the status quo and push your team to do better work.

Liberal arts majors and jack of all trades tend to have more cognitive diversity than their specialized peers, and it's a huge reason why Sara DeBrule, the International Marketing Recruiting Team Lead at HubSpot, believes a jack of all trades can be a vital asset to any type of team.

“For a team where the majority of people are specialized, the case for hiring someone who is a jack of all trades is that they have enough perspective on the different types of marketing that they can test the assumptions of a team, push a team to operate in a more cross functional capacity, and round out the overall experience,” she says. “Jack of all trades can also be crucial for an early stage company where it's an all hands on deck effort and people need to leverage disparate skill sets on a daily basis and context switch.”

The Jack of All Trades Can Be a Master of All

So after hours on the phone with my dad and getting his blessing to transfer to a school where I could major in finance, I decided to go with my gut. I took a chance on the arts. And it’s the best decision I’ve ever made.

My liberal arts education taught me how to learn, think critically, and, most importantly, write. And those skills got me a job at HubSpot. If I had taken the other route, who knows what I’d be doing. Odd are, I’d be wearing a suit to work everyday and crunching numbers in a spreadsheet, not knowing what I’d do with my career if an algorithm started doing my job better than I could.