How to Lead Projects Even When You're Not the Boss

This past summer I managed the largest acquisition campaign in my company’s history. I work at HubSpot, a marketing software company that popularized lead-gen campaigns and the whole idea of “inbound marketing,” so this is no small feat (we’ve run massive campaigns over the years). 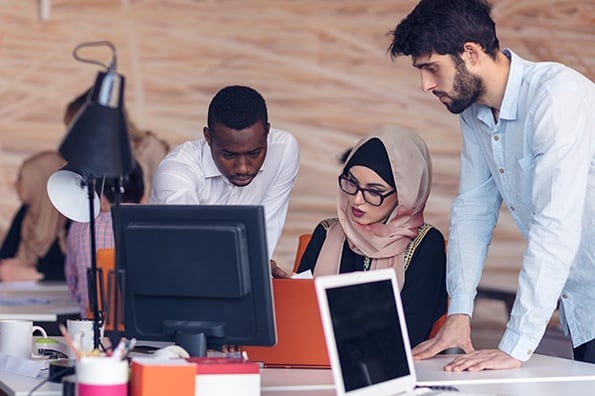 The campaign, Four Days of Facebook, drove 10x the number of average leads of a typical acquisition campaign and 6x the lifetime value of projected customers.

But I didn’t do it alone. This campaign involved 11 teams and 33 people who directly contributed to the work.

Cross-functional campaigns like this can be big, complicated, and challenging which is why they so often take a boss or recognized leader to make them happen.

So I wanted to share my experience as a “non-boss.” I hope it encourages other individual contributors out there to get their co-workers in other departments excited about working on high-impact, cross-functional projects.

You won’t have all the answers on day one, but make sure every conversation you’re having at this stage focuses on one thing: impact. You’ll be asking a lot of people to work hard on something outside of their normal day-to-day, make it clear that your asks will translate into business results.

Throughout the pre-planning stage, keep your vision front and center. For Four Days of Facebook we were partnering with Facebook, a fact I repeated constantly.

If people are excited and engaged with your vision, they’ll put up with the inevitable bumps as you achieve lift-off.

The Progress Principle is the idea that humans love the satisfaction of wins, even if they’re small. It’s your best friend as you seek to keep multiple teams and dozens of people aligned and moving in the right direction–constantly show (and celebrate) forward progress.

Find a project management framework, and stick to it.

I run four to five acquisition campaigns at HubSpot every quarter and running a campaign of this size and impact was a complete rush and I can’t wait to do it again. But before jumping into the next big project, it’s important to do a clean wrap-up, I want people to be excited to work with me and my team again in the future.

It’s easy to get stuck in a rut of executing one marketing campaign after the next, and it’s scary to think about leading a big cross-functional project that could potentially fail publicly.

But so often the answer to higher impact is better collaboration. Learning how to lead across teams 10x’ed the impact I was having at my company, I hope it does the same for you.