LinkedIn vs. Facebook: Which Is Best for Your Business?

The slew of social media channels available today can paralyze even the savviest business owners. 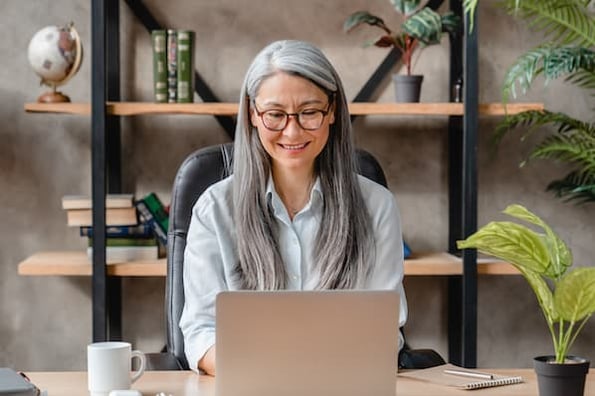 Where do you start? Which one is best? How do you avoid wasting time on channels that won't bring in a solid ROI? The struggle is real.

Facebook and LinkedIn are two of the biggest social media platforms and provide a number of opportunities to reach your audience. This leaves us with this question: Which one should you focus your efforts on?

We’ll cover the pros and cons of each platform below.

At its core, LinkedIn is a professional network that was initially created as a corporate recruitment platform. Now, it boasts many features similar to traditional social media sites, including status updates, blogging capabilities, and private messages.

It’s also the most effective platform when it comes to delivering content and securing audience engagement.

Facebook, on the other hand, was specifically designed as a place for people to share and communicate. The "sharing" element is its most prominent selling point, but there are still plenty of other features that allow businesses to effectively reach their audiences.

In fact, one survey by Facebook found that 74% of American consumers use the platform to discover new products and brands.

LinkedIn and Facebook both have the Groups feature that allows you to connect with other like-minded people, and they both have powerful ad setups.

So with similar features, what are the key differences between the two? We’ll cover those here.

On both platforms, the biggest age group is 25- to 34-year-olds, according to 2021 data from Statista. However, Facebook has a wider range of users with roughly 10% falling below 18 years old or above 64 years old.

This is because LinkedIn caters mostly to professionals looking to network whereas Facebook hosts the everyday consumer.

Furthermore, the 2020 State of Marketing Report by HubSpot revealed that marketers see the highest return on investment from Facebook, with LinkedIn being the 4th highest out of 8 platforms.

LinkedIn is a stronger B2B platform.

As mentioned before, LinkedIn is a go-to spot for business-driven individuals. As such, it’s a great platform for business-to-business brands.

Here’s a breakdown of why:

In fact, eMarketer reported that LinkedIn occupies the largest share of B2B display ad spending at 32%. But we’ll talk more about ads in this section.

Facebook may work better for brands that want to reach consumers directly. In addition, you gain access to ten times more prospects and have a great place to generate brand awareness and engagement. So, while Facebook leads in numbers, LinkedIn takes the win when it comes to generating tangible leads.

Thought leadership is one way brands are gaining credibility as well as visibility. According to a 2020 Thought Leadership Report by Survey Monkey, 66% of marketers consider it a top priority within their marketing team.

So, here’s a quick recap:

Now that we've taken a general look at the two platforms, let's take a more detailed look at some of the key features they have for businesses.

The Groups feature on both LinkedIn and Facebook gives businesses the chance to mingle and connect with prospects and other like-minded businesses.

However, it's critical to keep in mind people's motives when they're on different sites. When users are engaging with others in LinkedIn Groups, there's a high chance they're in a work-related mindset in some capacity.

In Facebook Groups, on the other hand, people are more likely to share their personal opinions on everything – from lifestyle and food to politics and hobbies.

So, when determining which Groups feature is best for you, think about the audience you're targeting.

For instance, if you're targeting general consumers with an interest in cooking because you're selling the latest food blender, Facebook Groups is probably the way to go.

However, if you're selling a high-priced service for top-tier management personnel, LinkedIn Groups might be a better bet.

Both Facebook and LinkedIn provide a diverse range of ad types, including carousel, video, and lead ads. Since Facebook has a larger user base, your ads are capable of reaching more people. With Facebook, you can also target based on more personalized information, like behavior or life milestones. However, LinkedIn offers its own targeting capabilities and is better at lead generation for businesses.

Finally, let's touch on the ads aspect of both platforms.

In terms of variety, both platforms have reached pretty equal footing.

Each offers a user-friendly ad manager. This means that you can start organizing your creative assets on a content marketing platform like Casted, then build your ad in just a few steps on either LinkedIn or Facebook.

Targeting-wise, if you think Facebook has the capability of reaching more people, you're right. However, this doesn't mean that LinkedIn doesn't have powerful targeting capabilities.

Both platforms are centered around user input and serve up ads and content relevant to the information their members give them.

On both Facebook and LinkedIn, you can target users based on job title, household income, company, location, and age on both platforms. Where Facebook has the upper hand is that you can dig a little deeper on Facebook, targeting users depending on their life milestones, behavior, and other personalized information.

In addition, both platforms allow brands to use source audiences to reach consumers who are similar to their current audience. Facebook calls it "Lookalike Audience" while LinkedIn has named it "Audience Expansion."

Lastly, it's important to consider the cost.

Typically, you get more for your money on Facebook. According to WebFX, the average cost-per-click for a LinkedIn ad is a whopping $5.26, compared to just $0.97 with Facebook.

However, a higher cost doesn’t necessarily translate to a higher return on ad spend (ROAS).

Who Wins? You Decide

While LinkedIn and Facebook do share common features, it's clear their purpose and audiences are quite different.

Which one you decide to use depends entirely on what industry you're in, who you're trying to reach, and your marketing goals.

It’s also important to note that you don’t necessarily have to choose. Perhaps you use LinkedIn for a targeted lead generation campaign, while you use Facebook to increase brand awareness and engage with your customers.

Editor's Note: This post was originally published in August 2019 and has been updated for comprehensiveness.