What is a Metaphor? A 2-Minute Rundown 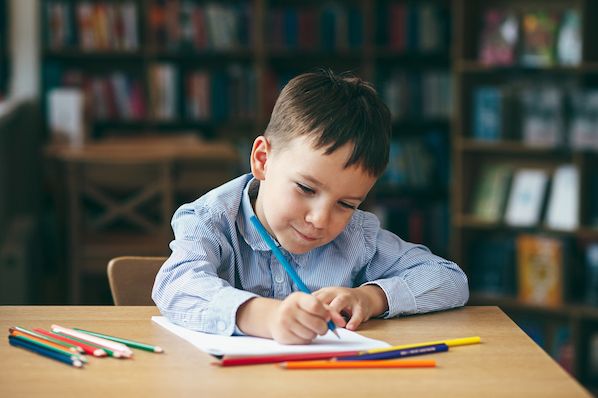 What do the lines “You ain’t nothin’ but a hound dog, cryin’ all the time”, “Baby, you’re a firework”, and “Life is a highway, I want to ride it all night long” all have in common?

Most of our favorite artists use metaphors to figuratively describe their thoughts and emotions, making them more vivid and easy to understand. But metaphors aren’t only commonplace in music -- they’re widespread in everyday conversation. In fact, since metaphors are so effective at clarifying abstract ideas, our brains practically think in them to grasp reality, prompting some researchers to suggest we use metaphors every 25 words.

However, metaphors are deeply seeded in our language, so we barely notice them. A lot of times, we even forget what they are and their ability to clarify things and persuade people. So to help you understand the true power of a metaphor, let’s go over what exactly it is and the impact the literary device can have on an audience.

What Is a Metaphor?

A metaphor describes something in a way that’s figuratively true, but not literally true. By stating one thing is another thing, metaphors compare abstract ideas with concrete pictures, breathing life into words and helping readers grasp broad concepts and ideas.

Since metaphors help us reference what is simple and familiar (like an adventure) to understand what is complex and distant (like love) the literary device can sculpt people’s emotions, thoughts, and opinions toward almost any subject.

For instance, in a study conducted at Purchase College, researchers tested the effect that certain metaphors have on people’s urgency to reduce carbon emissions. When they framed the campaign against climate change as a “war” instead of a “race”, researchers noticed people expressed more willingness to end global warming.

Along with our favorite musical artists, some of the greatest minds in the world have crafted poetic and insightful metaphors that have seared themselves into our memories and given us refreshing ways to reflect on ordinary concepts and ideas. Here are a few examples:

“Advertising is the rattling of a stick inside a swill bucket.” - George Orwell

“A hospital bed is a parked taxi with the meter running.” - Groucho Marx

“America has tossed its cap over the wall of space.” - John F. Kennedy

“Art washes away from the soul the dust of everyday life.” - Pablo Picasso

“Let us be grateful to people who make us happy, they are the charming gardeners who make our souls blossom.” - Marcel Proust

“All the world’s a stage, and all the men and women merely players. They have their exits and their entrances.” - William Shakespeare

Metaphors are one of the most powerful tools in a writer’s arsenal. Not only can they clarify complex and broad concepts, but they can also influence people’s emotions and opinions. And if you learn how to effectively leverage metaphors in your writing, you could impact your readers just like our favorite artists, thinkers, and writers do.