5 Clues You Micromanage and How to Stop [Quiz] 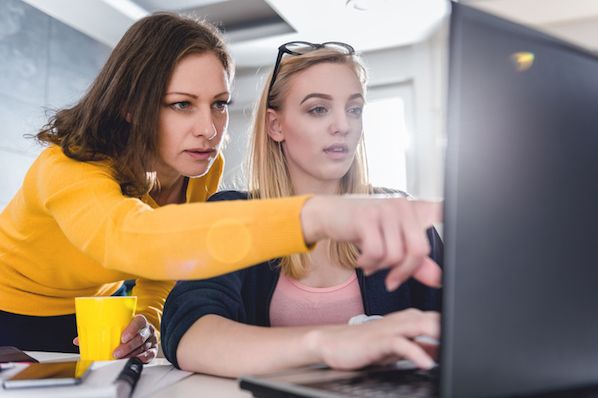 Ever heard the term "helicopter parents"? They're the hyper-present, overbearing moms and dads who take pay excessively close attention to their kids' experiences and problems.

Well, helicopter parents are to their kids what micromanagers are to their direct reports. While being engaged in your colleagues' lives is important, micromanaging their every move can backfire.

To micromanage is to assume control over a task, project, or operation to a very particular degree. Micromanaging people isn't just the act of controlling their work, but also the decisions they make and their execution of that work. It's generally frowned up in the modern workplace, as it can inhibit a person's initiative and creativity.

Over-involvement often sends the underlying message that you don't trust that they can successfully accomplish anything on their own. That can take a serious toll on an employee's self-confidence.

Other consequences of micromanaging include inhibiting their growth, slowing their productivity, increasing their anxiety, and making them feel like they need to wait to be told what to do.

You might be wondering if your own manager -- or you, yourself -- micromanages. Luckily, Wrike, a collaboration platform for businesses, has a free and easy quiz you can take to help you find out, which we've shared below. But before we dive into those questions, take a look at some common examples of micromanagement for context around what this work style even looks like today:

Micromanagement can look different depending on the work, the size of the team, and of course, the manager. Here are some common signs that you might be the "helicopter parent" of your team.

1. Your team doesn't ask you questions.

This is a fairly common byproduct of micromanaging. If it seems like your colleagues don't have any questions for you, it could be because you work with them so closely that they don't have anything left to ask you.

No questions sounds like a good thing, right? Not necessarily. Just because your team has nothing to ask you doesn't mean they know everything. Questions from your team are a sign that your team feels like it has something to contribute to the project. If they're not asking questions, you might be walking them through too much of their own work -- and that's not a good thing in the long run.

2. Your coworkers don't volunteer to take on new tasks.

The road to becoming a manager involves taking initiative and being bold, both of which you learn by having to make various decisions on your own. If your coworkers aren't taking the ball on new tasks, it might mean you're making too many decisions for them -- discouraging them from taking shots on certain tasks by themselves.

3. You have more to say about a project during its development than its final review.

Managers often review a product extensively when employees finish making it. Naturally, you want to see if the work your employees did meets your (or the company's) expectations.

But if most of your criticism took place during the product's development, rather than at the end (or after certain checkpoints), you might've had too much oversight on the project. Of course you didn't have anything to say about it at the end; the product was formed under your strict guidance.

Although this, too, might sound like a good thing, it can actually prevent you from seeing value in other people's approaches -- and prevent them from solving problems on their own. It feels reassuring to see work get done exactly the way you wanted it to, but having nothing to review at the end but a product dictated by you will ultimately make the product weaker.

4. You find yourself checking up on a coworker at their desk several times a day.

How often are you wheeling yourself over to an employee's desk to "help" them with something? It's one thing if you're being invited over to your colleagues' workstations to sharpshoot an issue -- if so, keep it up; people obviously value your input -- but it's another if you're simply visiting them to check up on progress.

"Checking up" is the operative term, here. According to Harvard Business Review, there's a small but important difference between checking "up" and checking "in" with an employee, and it has everything to do with the questions you ask when visiting with them. While "how's that report coming?" is a quintessential checking-up question, "is there anything I can do to help you?" is a more constructive check-in question that passes less judgment and keeps an employee motivated to keep working.

5. You feel like nothing is getting done on time.

As the expression goes, "a watch-pot never boils." Micromanagers can be especially prone to feeling as if a task is taking forever to complete. But if you're simply watching your team as they work on it, time can pass awfully slowly.

At the same time, there's a difference between micromanaging and simply taking a hands-on approach to a team effort. So, what do you think? Are you a micromanager? Take the quiz below from Wrike, and then total your points to find out whether you're a micromanager, a team player, or someone who's being micromanaged yourself.

How'd you do? If Wrike's quiz gave you startling news about your management style, don't panic. Seeing evidence that you need to loosen the reins on your team a little is the necessary first step. So, where do you start?

How to Stop Micromanaging

Consider all the examples and questions you resonated with above, and address them one by one. To get you started, here are a few easy ways to curb your tendency to micromanage:

Solicit questions from your team.

Do employees tend to ask you very few questions during the week? Carve out a few minutes at the end of every team meeting -- or at one-on-ones with individual employees -- to solicit questions from them. The more questions you have the opportunity to answer for your staff, the more trusting of their work you'll become and the less likely you'll feel the need to watch their every move.

If you're constantly "checking up" on employees, rather than "checking in" with them, you might just need to organize your team's work a bit better. Set up regular (but infrequent) meetings with your team to answer questions, troubleshoot, and take a look at a project's progress. This gives you something to look forward to, so you're not making impromptu visits to others' desks out of worry that their work isn't staying on track.

Write up best practices and instructions.

This can be especially helpful for on-boarding new employees. Putting your performance expectations in writing prevents you from hand-holding new hires for too long before letting them get started by themselves. Written instructions also allow staff to solve problems and refer to your tips on their schedule, so the management you do have over your reports doesn't interrupt them when they're just trying to crush their next big assignment.

4 Management Styles to Strive For and 4 to Avoid