Nobody Tells Leaders When They’re Doing a Bad Job. Here's How to Do It Right. 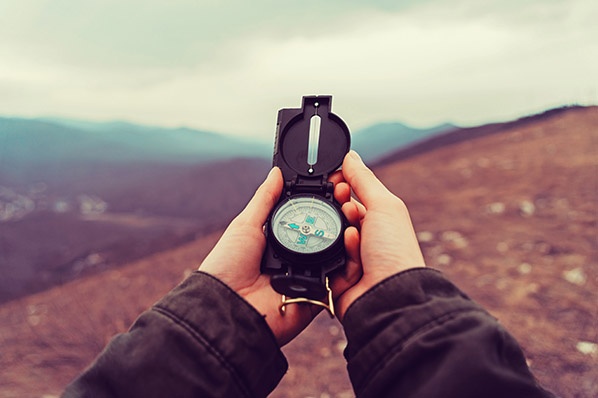 Two threads on Hacker News recently have shed light on the utter failures of leadership in tech. The first was an honest question: “Women in tech, how do you find non-toxic work environments?” The second was in response to an article, “Why Good People Leave Large Tech Companies.”

These threads read like the Inept Executive Handbook  --  failures to address cultural issues, ignorance of the reality of day-to-day life for their employees, mishandling of everything from HR complaints to stock options.}

My intention isn’t to be unnecessarily hard on executives, all humans are prone to error, but executives are at the greatest risk of believing a single version of reality  --  our own. I know it’s hard to believe, but yes, we often get it wrong.

And if you’re relying on your open door policy to keep a pulse on things? I’m sorry, but you’re just not doing enough.

The executive title is a funny thing. The higher you ascend in an organization the more isolated you tend to become. It starts getting harder and harder to get a true picture of how effective you are at leading a team.

Executives, if you want the actual truth, you need to stop assuming people will show up to tell you, you’re going to have to work for it. Why? Well we’re all subject to the idiosyncrasies of human behavior. As a senior leader, you invariably get isolated from an honest assessment of your behaviors. The main reason it happens is fear.

The people in the best position to provide leaders with honest feedback on what’s working and what’s not have the most to lose by providing that feedback.

Even in the most progressive and supportive environments people are reluctant to provide honest feedback on their leaders  --  self-preservation is an exceptionally strong motivator.

We’re trying something a little different at HubSpot to ensure our senior leaders know exactly what they’re doing that’s having a positive impact and what’s not. That’s where I come in. My job at HubSpot is to be the person that tells executives the things others won’t or can’t.

1) Identify a broad set of people surrounding the leader in question and conduct in-depth feedback interviews with them.

To get a comprehensive set of feedback I will interview an average of 18 people that interact with the executive being reviewed. I break the interviewees into the following groups:

For each person giving feedback I will conduct a 30-minute interview and capture their sentiments through handwritten notes. As soon as an interview ends I take a half hour and transcribe my notes into a master document that will ultimately contain notes from all the interviews for a particular 360.

I’m sure some of you are thinking, “Woah, that’s really inefficient … you should just take notes on your computer or better yet record the interviews”.

But, what I’ve found is that nothing reduces the level of candor quite like typing (no eye contact), and the reminder that an audio record of the conversation will live on. So, old school pen and paper it is.

2) Compile the interview findings into a 360-feedback report for the executive.

When all the interviews are complete and the notes have been transcribed into a master notes document, I read the notes multiple times to draw out key feedback findings and capture them in a separate document that will become the Executive 360 Feedback Report. To qualify as a “finding,” an issues needs to have been mentioned by at least 5 different people  --  this is all about uncovering the signal in the feedback noise.

Then I match up the quotes from each feedback interview with the appropriate finding I listed in the feedback report, and finally, write an overall summary of that finding to add clarity and context to the supporting quotes.

The feedback findings are presented in 4 sections:

My intent is to be as impartial as possible, but I am also filtering the feedback through the lens of HubSpot. There are some behaviors that, in a different organization, would be a strength. The core goal of this program is to provide effective and actionable feedback that is calibrated to the context of the unique attributes of our organization.

3) Share the feedback with the executive and their manager.

This is arguably the hardest part of the process. At HubSpot we consider feedback to be the breakfast of champions; that doesn’t mean it’s always yummy. While The feedback I provide centers on strengths and positive impacts, the part everyone always wants to dig into are the Negative Impacts and What Gets in Your Way.

In every 360, there are inevitably pieces of negative feedback the executive is surprised to learn, finds tough to face, or disagrees with entirely. That’s to be expected. There are some key things I focus the executive on when delivering this feedback to make the experience as palatable as possible.

The first thing I coach executives to consider is how can you derive even more success from your strengths and the behaviors that have a positive impact on the organization and the people around you. I caution people when they consider the Negative Impacts/What Gets in Your Way findings to not jump to the conclusion that “I need to work on all this right away”. As you might suspect, it’s more complicated than that.

When thinking about the things that are having a negative effect or are getting in the way of greater success you must think more broadly than just “I need to work on that”. You need to consider the following:

If you’re still with me I want to make something really clear  -- the sole purpose of this effort is to make good executives better, by keeping them tuned into the actual reality, not just the reality in their own heads. Getting an Executive 360 isn’t an indicator that things are going poorly for that person. It’s an indicator that there are even greater heights of achievement for that person, and it’s critical they understand what to lean into and what needs work. That’s why the feedback review itself takes a two-part form:

I conduct a one hour review session with the executive to go over the findings to ensure there is clarity around all the feedback contained in the Executive 360 document. During that conversation, we make some initial judgments together on the strengths to lean into and the negative-impact areas where either making a change would be effective or minimizing the impact of something is the right approach.

Depending on the nature of the feedback and the approaches needed to move forward, we arrive at a conclusion on the level of involvement I might have in helping them take action on the feedback they now have.

I conduct a half hour session with the executive’s manager to review the overall findings. In that session, I provide a summary document that only contains the positive and negative findings. This document does not include the quotes for each finding, the Stop, Start, Continue section or the self-review.

It is essential for both the manager and the feedback recipient to be aware of the findings since much of the development work that results from the document and the review will be done by the executive and their manager. The 360 itself, while a valuable tool to get clarity into how people perceive an executive’s effectiveness, won’t change behavior.

That’s on the shoulders of the executive to do the hard work of leaning into strengths and developing strategies to address the things that get in their way. My role in that is to provide further coaching at the discretion of the development partnership between the executive and their manager.

As you’ve probably guessed, this level of feedback is a lot of effort and laden with emotional landmines.

Leadership is in the eye of the beholder.

There are a lot of reasons people may choose to follow a leader  -- vision, inspiration, power, fear  --  those are just a few. Regardless of people’s motivation to follow, the way you lead will have a significant impact on your ability to drive success in your organization. Often the way you lead is referred to as your leadership style.

The funny thing about your leadership style is that you don’t define it  --  your followers do.

Leadership is in the eye of the beholder. “Wait” you say, “I’m the one leading, so I’m setting my leadership style”. Actually, you are exhibiting the set of behaviors you are using to lead. Your followers, the ones observing and being affected by those behaviors, define your leadership style.

Who’s right? They all are.

And the best leaders aren’t naive enough to believe that their actions or good intentions are perceived the same way by every person.

So if you want honest feedback on how you’re doing, stop assuming that it’s just going to show up. It’s on you to get out there and uncover the issues -- and the opportunities.

Editor's note: a version of this post first appeared on ThinkGrowth.org.

Why Self-Awareness in Leadership is a Must-Have for Success

Leadership vs. Management: Key Differences You Should Know

5 Skills You Should Leave Leadership Training With