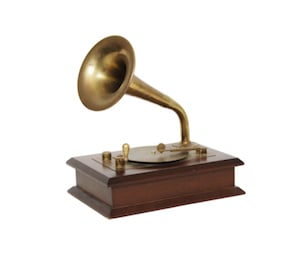 This ever happen to you before? You’re in your car listening to the radio, or you’re at your desk rocking out to Spotify or Pandora, when all of a sudden … that song comes on.

When you hear that song, something magical happens: The world seems to melt around you, and -- in true Marty McFly fashion -- you travel back in time. You’re whisked away to the past, back to the moment when that song first resonated with you.

Maybe it’s a childhood birthday party, or a school dance, or the backseat of an orange ’69 Chevy Camaro … wherever you’re taken, the psychological response is undeniable.

In the world of marketing, nostalgia can be a powerful tool. From music and imagery, to branding and celebrity endorsements, there are many ways companies can leverage the past in order to elicit an emotional response.

Just think about Coca-Cola, a brand that is nearly synonymous with “nostalgia." The red Spencerian script, the contoured plastic bottles that mimic the style of the old glass ones. Clearly, this is a brand that isn’t afraid of letting its storied past shine through into its modern marketing efforts.

Then there's BuzzFeed, with its countless '90s-themed listicles that are expertly crafted to tug on the heartstrings of millennials. Just feast your eyes on these "31 Awesome ’90s Toys You Never Got, But Can Totally Buy Today."

Or how about RadioShack’s 2014 Super Bowl spot? This self-deprecating ad pokes fun at the company’s failure to get with the times, a notion that is best encapsulated by the line, “The ‘80s called … they want their store back.” Throughout the commercial, ‘80s icons are seen ransacking a RadioShack store. There’s Hulk Hogan, Mary Lout Retton, Erik Estrada (a.k.a. Ponch from CHiPs), the California Raisins, even ALF makes an appearance.

Clearly, RadioShack was trying to take us back to a different time with their Super Bowl ad (and I’d argue that they succeeded).

But why did they decide to take the nostalgia route? And as marketers, is there any benefit to conjuring up feelings of nostalgia in our respective audiences?

To answer these questions, let’s dive a little deeper into what nostalgia actually is and explore what kind of psychological effects it can produce.

A Swiss doctor named Johannes Hofer coined the term “nostalgia” back in the 17th century. At the time, Hofer considered nostalgia to be a neurological disease that affected Swiss mercenaries fighting far from home.

The cause of this dreaded disease? Hofer blamed the "continuous vibrations of animal spirits" in the brain, which was another way of saying, “I have no clue, let’s blame it on brain demons!”

The other leading theory at the time? Nostalgia in the Swiss soldiers was caused by brain and eardrum damage, which in turn was a result of over-exposure to the clanging of cowbells in the Alps. (So it turns out that less cowbell would have been the prescription back then.)

Today, we know that nostalgia isn’t caused by brain demons or cowbells (go figure). We also know that nostalgia isn't limited to homesick Swiss mercenaries. Instead, the phenomenon occurs all over the world, and can even be found in children as young as 7 (who are liable get nostalgic about past vacations and birthday parties).

Modern research has revealed that we tend to feel nostalgic for past events that 1) were personally meaningful, and 2) involved people we're close to, like friends, family members, and significant others.

As a result, events like holiday celebrations, weddings, graduations, and birthdays (which prominently feature people we're close to) are common "destinations" for our nostalgizing.

But knowing the types of memories we're likely to recall is one piece of the nostalgia puzzle. The question still remains: What triggers nostalgia? What actually causes us to take that mental journey back to the past to visit a memory?

The answer: lots of stuff.

For starters, sensory inputs, like smelling a particular scent, or -- per my introductory example -- listening to a particular song, can trigger nostalgia.

Social interactions, like meeting up with friends or family members, are another common cause. This includes getting back in touch with old friends through Facebook and other social media sites.

Physical objects, such as old photos and family heirlooms, can also induce feelings of nostalgia.

So, if loneliness is a key cause of nostalgia, it would stand to reason that experiencing nostalgia must kinda suck. Right?

As it turns out, nostalgia actually has a very positive effect on the psyche. While often triggered by negative emotions, nostalgic memories are generally happy memories, and experiencing nostalgia can have a bunch of psychological benefits. These include ...

The bottom line: Reliving happy memories from the past can help you feel better in the present. And since these happy memories often involve people you're close to, nostalgia reminds you that people care about you and love you, reinstilling the notion that you're part of a bigger social sphere. (In your face, loneliness!)

In a sense, nostalgia is a psychological defense mechanism, which protects you from negative emotions by reminding you of happier times.

From a marketing perspective, leveraging nostalgia now makes a whole lot of sense. If your content can get people feeling nostalgic, it will also get them feeling good by extension. And when it comes to growing a loyal following of folks who love your business, creating content that makes them feel good seems like a winning strategy.

Now, if you'll excuse me, I'm going to put on some Hootie & the Blowfish, peruse some old-school Super Soakers on BuzzFeed, and hopefully finish off today as happy as a kid on Nickelodeon's Double Dare. Thanks, nostalgia!