Why I'm Worried About the Future of VR

It's not often that I leave a tech conference keynote feeling like I just attended an academic seminar in which I had mistakenly enrolled. 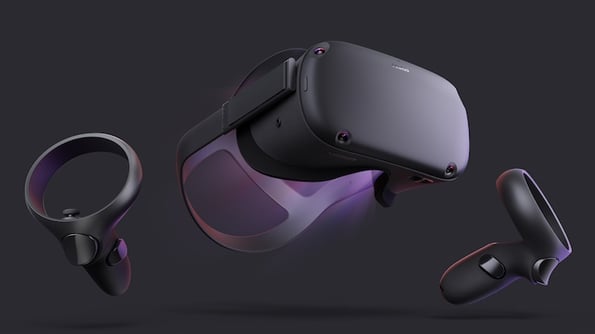 Of course, being a natural cynic, I have left them with skepticism. "Will that product actually ever roll out?" "Does the technology really work the way it appears to in video demos?"

But today's opening keynote at Oculus Connect -- Facebook's annual virtual reality (VR) mega-conference -- was different. I left not feeling incredulous, but rather thinking to myself, "That ... was anticlimactic."

When I outlined my key predictions for Oculus Connect yesterday, I was perhaps approaching it from an over-optimistic point-of-view (which, if you know me at all, is highly out of character).

I had hoped to see more use cases for VR that involved training people in the workplace, helping them get to know each other in a safe (virtual) environment before meeting in person -- a possible integration with Facebook for Dating -- and donating VR headsets to underserved schools to aid learning.

But what we heard today didn't reflect that. Instead, we received one major announcement -- the future launch of the Oculus Quest -- a heavy emphasis on new gaming features, and an extensive lesson on how the history of Big Tech will dictate VR's future.

And while the adoption of VR today is nowhere near mass usage, the picture painted for the future of VR could be cause for concern.

The Timing of Oculus Connect

Today, Forbes published a controversial interview with Brian Acton, the co-founder of WhatsApp who departed the company earlier this year, only to prompt a contentious response from David Marcus: the former VP of Messenger who now oversees a small Blockchain group at Facebook. WhatsApp is also among Facebook's acquisitions.

Maybe it was the context of concentrated executive theatrics -- among what has already been a year of turmoil and bad PR for Facebook -- that caused the anti-climactic sentiment of today's keynote.

But more than that, and as others have been keen to point out, it could have been caused by the seemingly "slow roll" of VR -- which the public has been slow to receive in a tangible way, and whose user base still largely consists of early adopters.

The Road to One Billion

At last year's Oculus Connect, Facebook CEO Mark Zuckerberg waxed bold about his goal of one billion people using VR. Today, he pointed to the reality that he's less than 1% of the way there.

Zuck is feeling funny today. Here’s a graphic showing the progress to his projection/goal last year of getting 1 billion people into VR #oc5 pic.twitter.com/hsHmmIo0s9

But in order to get to one billion, Zuckerberg said, the "how" needs to be prioritized over the "when." And that, he explained, requires a better overall VR ecosystem -- to get more users on each Oculus headset, and to build the technology in a way that allows new models and platforms to cooperate with old ones.

I like to think of this concept in terms of iPhones -- how older models of the device tend to stop working as well after newer generations of the iOS are loaded onto it. In order to make the market for VR truly permeable, Zuckerberg said, the platforms can't work that way.

So, what does the hardware look like today? It starts with the Oculus Quest: the company's "first all-in-one VR system ... that lets you look around in any direction and walk through virtual space just as you would in the physical world." It will ship next spring -- perhaps at Facebook's annual F8 developer conference -- and come with a $399 price tag. 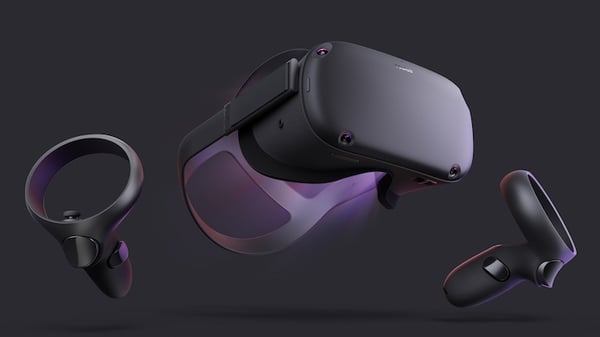 But is that really the way to the hearts of the non-early-adopter's heart -- a nearly-$400 price tag on hardware enabling a technology many people haven't even started tinkering with?

Adoption of VR is low -- but today's keynote speakers seem to think that the road to adoption is a people-first focus.

But in a future where VR is everywhere, there's potentially a cautionary tale. There was an emphasis on using VR to break down distance and barriers between people, rather than silo them. And while the Oculus's gaming capabilities and features like Oculus Venues certainly do connect people and allow them to use VR in a social way, but it's purely online.

It's that potential encouragement of "getting inside and getting online" that I find most worrisome about its future.

For his part, Oculus Chief Scientist Michael Abrash seems bullishly optimistic on the future of VR.

In a few years, that is.

In order to make a mass market for VR truly permeable, Abrash suggested, it has to become a social norm. It has to be accessible and acceptable in a way that allows it to be used any where, any time -- including in public.

Part of that future -- which Abrash says he foresees coming true within the next four-to-five years -- includes modifications to both the technology and the hardware. Here's where he started to lose me ... and others.

I no longer understand what’s happening at this Oculus event 🤘🏼 pic.twitter.com/OIyG8k99od

First, the technology has to reach a point where it can mix different layers of reality, Abrash said. It has to allow users to enjoy VR experiences in a "see-through" way that also allows them to see the physical environment around them -- sometimes combining the two.

It also has to integrate what we do on our other devices, such as our phones, where we receive message and social media notifications.

A look "under the hood" of the Oculus Connect. This image depicts how the technology/camera combines in-real-life object detection with the position of the user to overlay VR features with that environment #oc5 pic.twitter.com/LNQiovgm9h

And for the hardware, it has to be okay to wear in public without 1) walking into trees, walls, and other people, or 2) looking weird. That means that the ultimate mixed reality headset -- the one that truly leads to a mass adoption of VR -- can't be a headset at all. It has to be a pair of glasses.

VR for the Masses: A Good or Bad Idea?

As with most emerging technologies, there are both positive and negative sides to a future where, as Abrash put it, we're able to "combine the real with the virtual whenever you want."

On the plus side, you have benefits for those who suffer from mental health issues like panic disorders: a future in which these users can instantly converge something calming -- like a positive environment replete with a guided breathing exercise -- with the panic-inducing environment or situation around them.

But when evaluating the drawbacks of such usability, I point to the fact that so many of us -- myself included -- already engage in the unhealthy habit of constantly looking down at or checking our phones, no matter what we're doing or who we're with. Technology has already caused us to evolve to a point of being addicted to mobile devices in a way that's diminished our attention spans and empathy -- especially among younger generations who could actually live to see this future. 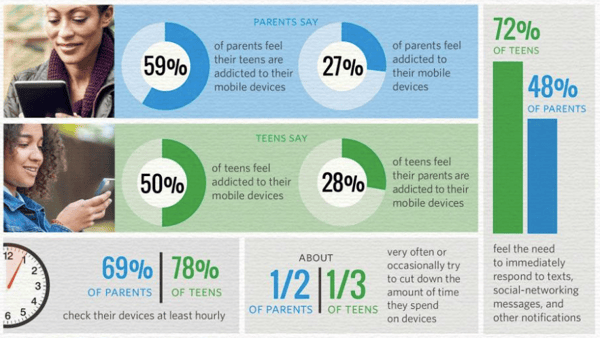 Now, layer that present reality with a future one where VR usage is commonplace in everyday life. We're simultaneously over-connected, but are also siloed from real-life engagement with others -- and even when we do venture into public, can easily replace what's actually happening around us with a virtual "improvement."

It's a future that's a way's off -- and that's if Abrash's vision of mass consumption of VR comes to fruition. But if it plays out in this manner, the long-term implications should be considered.

Should this future come true -- one where we can quickly overlay actual reality with something else -- could it also evolve us to a point when we're no longer being able to cope with conflict, stress, or other scenarios where we've historically relied on survival instincts?

Many other things would need to happen first. More people would have to start using VR, perhaps to the extent to which we use smartphones. More people will have to be able to afford it, too. And there might have to be rules -- perhaps within the same vein of outlawing texting while driving, or using phones in the classroom among a certain age group.

But there are those who can see both sides of the issue -- how VR can be used for extreme good, but that it should be approached with caution.

Take Steve from DrashVR, which develops educational programs and curricula in VR. "You can cram a lot more information that's 'learning by accident' or 'learning by play' when it's in VR," he said. "That's the feedback I've heard first-hand: that people can learn more from 10 minutes of VR than in a semester of classes."

But if Oculus truly wishes to put people first, and put an emphasis on the human side of technology -- its long-term impact on the very people into whose hands these products will go should be carefully and slowly evaluated. Like many other modern developments, there's a column each for the pros and cons of VR.

"I think there are definitely pitfalls along the way," Steve said, "just like all the other technology we've gotten so far."

We'll be at Oculus Connect tomorrow, too. Check back for our coverage of Day 2.