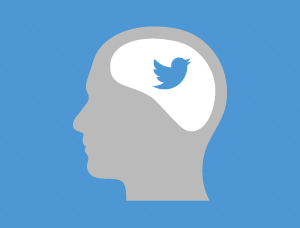 What does the academic field that has brought us Freudian theories have to do with the social network that popularized hashtags and play-by-play updates of Sunday brunches?

More than you would think. We want to know what will motivate our followers to act -- and psychology can help you find out just that.

I’ve been monitoring and publishing to HubSpot’s Twitter account for the past couple of months. During this time, I've noticed that certain types of tweet copy elicit higher numbers of clicks and engagement -- and these types of copy align with several prominent psychological theories.

To help you get your followers to better engage with your brand on Twitter, let's dive into four essential psychological theories.

This tweet got 169 clicks all because of one psychological theory called cognitive dissonance:

Cognitive dissonance refers to a situation when there are dissonant beliefs. When these conflicting beliefs arise, one feels psychological discomfort. In order to assuage this feeling, people will alter their actions or beliefs in order to restore balance.

Let's apply that to the tweet above. When the tweet says there are marketing channels that you are overlooking, but you believe that you are a good marketer that would never overlook a high-impact channel, there is psychological tension between what the tweet copy is telling you and how you perceive yourself. You click on the link in the tweet -- you want to reduce the dissonance between what someone you trust tells you and your perception of yourself.

Takeaway: Challenge assumptions that people may have about themselves. Using the knowledge about your buyer persona(s), write down some assumptions that you believe your audience has. Then craft tweets with content that contradicts those assumptions.

The following tweet was retweeted 72 times -- all because of a little thing called self-perception theory.

Storytelling will be the most important job skill of the next five years. http://t.co/5baohHRzaq pic.twitter.com/i4c2nvkttJ

Self-perception theory says that people develop attitudes from observing their own behavior and drawing conclusions from it.

Someone who goes to work every day to perform marketing actions would draw the conclusion that he or she is a marketer. After coming to this conclusion, he or she would act in a way that reinforces this identity as a marketer.

People will retweet tweets that are consistent with their perception of their self. Marketers would want this specific tweet on their Twitter timeline because it shows that they are up-to-date with marketing trends.

Takeaway: Create tweets that are consistent with how your buyer personas view themselves. They will be more likely to share that tweet with their followers.

Extrinsic motivation is when we perform specific behaviors in order to receive external rewards.

People like to receive things, especially when they feel like it's a reward -- so they are likely to click on links that contain something that they can benefit from. This specific tweet recognizes that our audience is on Twitter and reading this tweet, so we want to reward them with some extra knowledge.

Takeaway: Offer something of value to your audience to get them to click -- and be sure your tweet tells them what value they'll get by clicking on your tweet.

The following tweet got 356 clicks because of the psychological theory called norming.

30 Terrible Pieces of Social Media Advice You Should Ignore http://t.co/xWMc40W5Ia

Norming is the process of constructing norms (the standards people should follow). With your tweets, you can establish something that is usual, standard, or typical for a specific population.

Why does this work? Peer and colleague pressure is real. If a tweet brings attention to "30 terrible pieces of social media advice you should ignore," people want to be part of the "good marketer" collective that doesn’t take bad advice. They will likely click on the link to learn more about what they should be really be doing.

Takeaway: Entice people to click on a link that will show them what they should be doing or what is normal for their peers and colleagues. Words like "should" and "ought to" are great to use to put this theory into action.

Have you ever tested out other social psychological theories on Twitter? Do you find yourself clicking on links or retweeting tweets because of these theories?