What in the Name of Marketing Is Reverse Positioning? 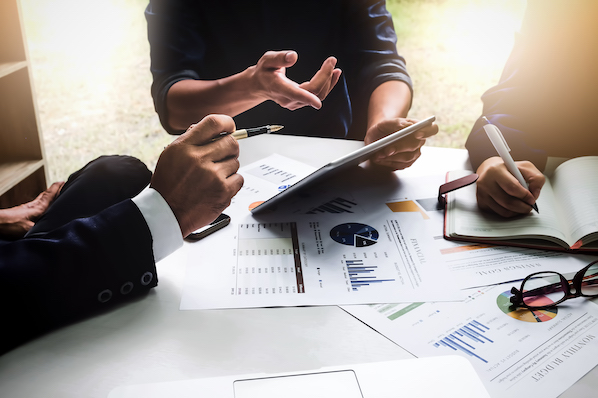 In 2011, Patagonia released an ad on Black Friday advising consumers not to buy their jackets.

In 2015, Dove released a campaign that celebrated women, rather than showcasing their deodorant or body wash.

The tactic used in these campaigns is called “reverse positioning.” It’s a unique marketing strategy that emulates this quote coined by marketing cartoonist Tom Fishburne:

So, what goes into reverse marketing, and why does it work?

Reverse Positioning is a marketing strategy in which brand or cause awareness, or consumer appreciation, is the primary goal, instead of moving the buyer to purchase a specific product.

Also called breakaway positioning, this marketing strategy uses techniques such as informing consumers about the different features of products, how they were made or function, or even their appearance. This builds consumer trust and awareness.

In breakaway positioning, a call to purchase may not be included. The focus of the campaign might be the company values or beliefs of the consumers.

Patagonia ran a successful reverse positioning campaign in 2011. The idea was to educate consumers about sustainability and promote environmental awareness. The outdoor brand reminded consumers that producing jackets doesn't help the environment. 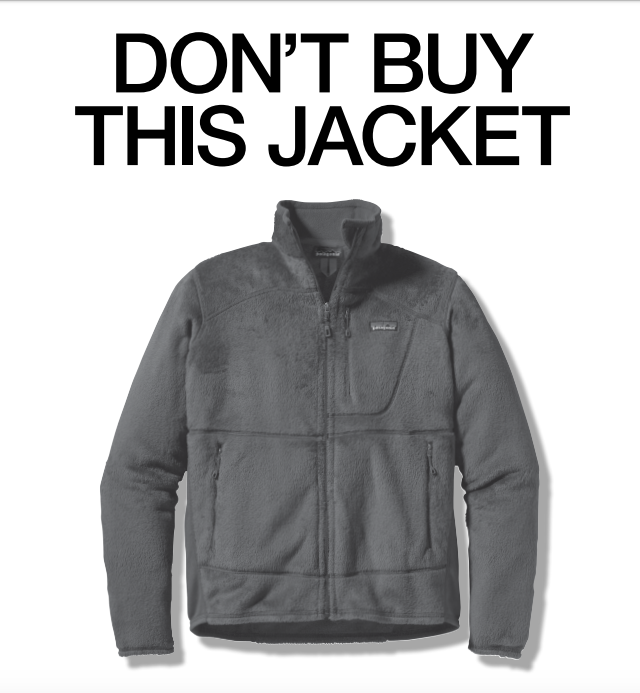 "Each piece of Patagonia clothing...emits several times its weight in greenhouse gases, generates at least another half garment’s worth of scrap, and draws down copious amounts of freshwater now growing scarce everywhere on the planet," the ad read.

Rather than advertising to consumers to “buy-buy-buy” on Black Friday — a holiday specifically centered around that purpose — Patagonia did the reverse. The company successfully educated consumers on how Patagonia products add to the destruction of the environment, solidifying their stance on sustainability as important to its brand and its audience.

The effect of this campaign was to attract consumers who want to cut down on their carbon footprint.

Dove approached reverse positioning in a similar way. By running a campaign celebrating women, rather than promoting hygiene products, consumers felt connected to the company and identified with the brand. 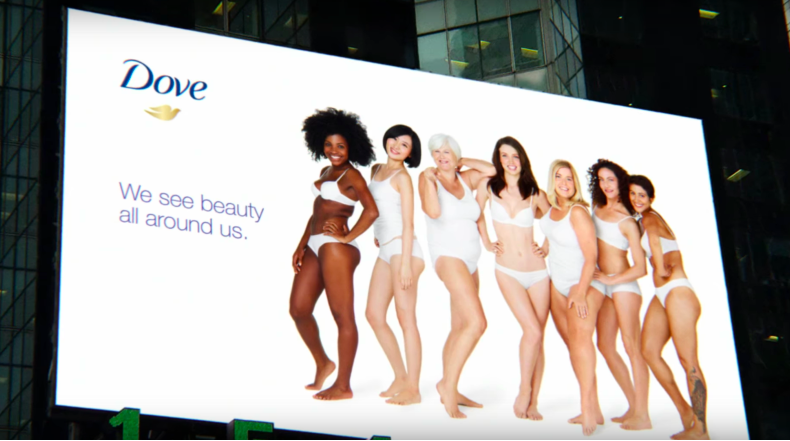 The effect of this campaign was that consumers purchased Dove products because the company showed its goal wasn’t only to make sales. In the example billboard above, Dove didn’t even list pricing information. Instead, they promoted body positivity and empowered consumers to love themselves.

Let's put reverse positioning on an SMB scale. Let's say you're in charge of marketing for a website that helps job seekers identify roles to apply for — like LinkedIn or Indeed — and you want to try your hand at reverse positioning. How would you accomplish that? This is what we'll cover in the next section.

First, identify what's important to your target audience: professionals searching for jobs online. This can be done by surveying consumers and asking value-based questions. For instance, find out what is important to them about the job search or how they look for companies that are appealing to them.

Dove surveyed their consumers and found that only 4% of them felt that they were beautiful. Because of this statistic, Dove realized they could emphasize the beauty of women in their campaign.

Next, identify what's important to your company. Maybe your business values creating meaningful, streamlined connections between customers and recruiters. Maybe it's deconstructing stigmas around the "perfect" employee, such as location, age, or degree.

Check out this page on Patagonia's website, which is dedicated to educating customers about their stance on sustainability.

After aligning your beliefs with those of your target audience, create a campaign that educates customers on those values. You could create an Instagram post emphasizing how your company doesn't focus on finding a perfect person, but a real person.

You could also create an infographic containing survey results, as Dove did, and create a catchy tagline that highlights your company values. A good option for recruiting company could be "The perfect candidate doesn't exist," because it shows company values and audience beliefs.

The important thing to remember about reverse positioning is that the focus is not on earning an immediate purchase, but educating consumers about the functions of your product or business that normally wouldn't be highlighted. Try to stay away from prices in this marketing strategy. That's not as important. 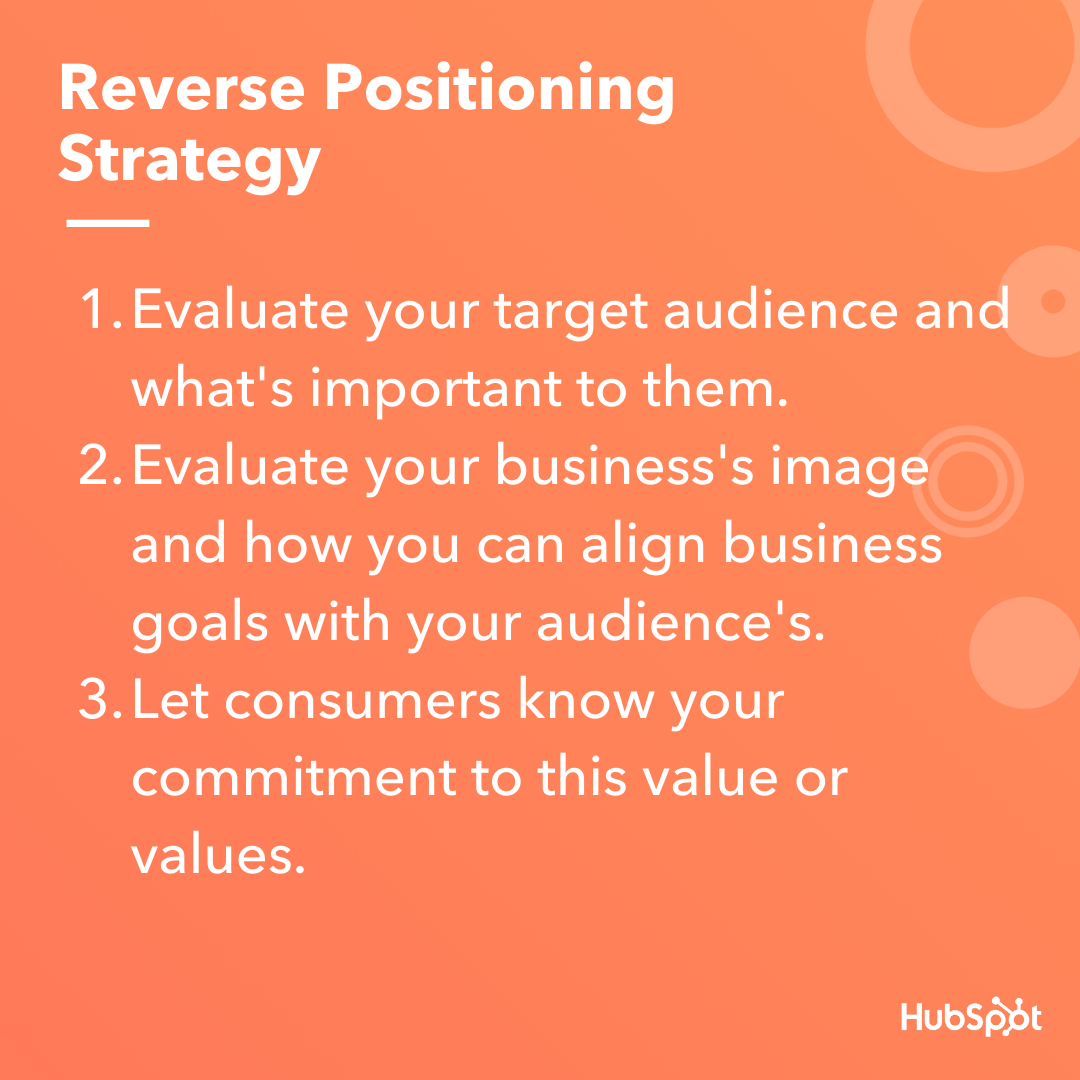 Feel free to refer to this graphic when building a reverse positioning strategy. The campaigns don't have to be flashy or expensive, just honest. The goals of this marketing tactic are to educate consumers, build brand loyalty, and show your customers that you value what they do and who they are.

Even though reverse positioning isn’t a widely used marketing strategy, it's an incredibly effective one. It gives your consumers knowledge about where your company lands on beliefs that are important to them.

Sustainable Marketing: Key Principles & How to Leverage It [+Examples]

Organic Marketing vs. Paid Marketing: Everything You Need to Know