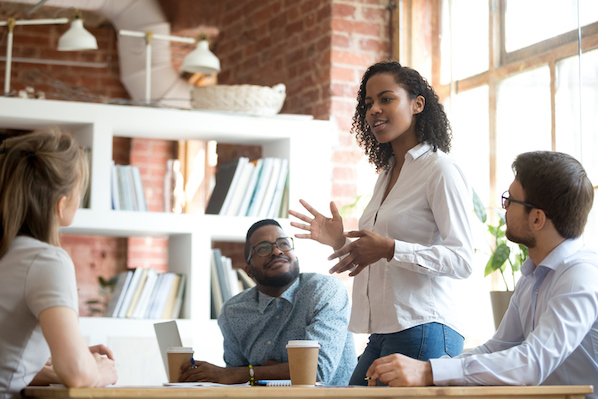 You may be starting in your first entry-level position, or perhaps you're an executive VP at an established company. Wherever you are in your career, if you're ambitious and goal-driven, you may have one question in your mind -- Will I be the CEO someday?

Becoming a CEO often requires a certain amount of being in the right place at the right time, but having specific qualities can significantly boost the chance that you’ll be considered for the spot of CEO -- or any leadership position, for that matter.

To find out more about what those essential qualities are, we reached out to Tiffany Franklin, executive career consultant and founder of TJF Career Coaching, who broke down what it takes to be considered CEO material.

CEOs are responsible for significant decisions about the strategy and future of the organizations they lead. While a CEO must maintain stability within an organization, they also must sometimes take risks that can result in both short- and long-term pay-offs for an organization. Enter the importance of being a strategic risk taker.

Franklin describes this as "having that ability to consider a confluence of multiple internal and external factors, both for the organization and the global market as a whole." She adds that strategic risk takers "see lessons from the past, but you are looking to the future, in terms of marketing, timing, and people. You’re learning from mistakes, but yet you will take a calculated risk."

2. You know how to communicate well.

Communication is one of the foundation stones for being a leader. For CEOs, Franklin says, "you want to motivate and empower the people around you … To be able to sell your vision, and also outline a path to make it a reality." She adds that a big part of that is relationship-building skills.

3. You're always challenging yourself.

Being a CEO generally doesn't happen in the first year of career, and often doesn't even happen in the first decade of your career. It is a place of leadership that, more often than not, is earned through repeatedly facing professional challenges and retaining a diligent focus on self-improvement.

There are multiple challenges that are good to take on throughout your career in order to boost your leadership skills and gain recognition among professional peers. On top of volunteering for leadership positions within your company and pursuing leadership credentials like an MBA, Franklin also recommends getting involved with affinity groups at your workplace, as well as getting involved in professional associations, volunteering for boards of directors, and even looking for community service projects that have leadership opportunities.

It's not enough for somebody to be ambitious, says Franklin -- they also need emotional intelligence. "So much of being a CEO is being decisive and purposeful, yet thoughtful when you're making decisions," she adds. For thoughtful decision-making, as well as building strong, trust-filled relationships, not to mention being a good communicator, emotional intelligence is key.

5. You know how to surround yourself with the right people.

While a CEO is often the face of an organization, they are supported by a team of people who are helping them maximally perform. According to Franklin, having CEO potential means being self-aware enough to know what you're good at, but also what you may lack, and building a team that complements the areas you have deficiencies. In turn, she says, this makes a team that can challenge each other, and also brings different things to the table.

6. You find yourself leading projects.

CEOs are people who trust can be put in to get a job done. CEOs are also good managers and delegators. You may find that you're naturally asked by people in your organization to take on big projects and to lead teams. But putting yourself in situations like that whenever the opportunity arises can also help hone your leadership skills. "I think when you volunteer to go above and beyond, not immediately expecting anything, people will start to take notice," says Franklin.

Even if you're not strong in some of the leadership capabilities that CEOs require, there are many routes to take to bulk up your management prowess. For one, MBA programs are always a good way to learn leadership skills and show your commitment to be a good manager.

Franklin also says that if you don't have the time or availability, there are smaller courses and certificate programs that you can take in leadership. Reading books in MBA curricula can also both help you build your leadership skills and make for a great conversation starter at professional events, she points out. Then, she says, "keep networking, building skills, and stretching yourself to get to the visionary piece."

This article was originally published on Glassdoor, one of the world’s largest job and recruiting sites. Glassdoor combines all the jobs with valuable data to make it easy for people to find a job that fits their life, while also helping employers hire quality talent at scale. Are you hiring? Post jobs for free with a 7-day trial.

Want to Be a Better Manager? Work on These 7 Management Skills

What is Expert Power and How Can You Develop It?

Are Employees More or Less Productive Than They Were in 2020? How Marketers Can Navigate [New Data]