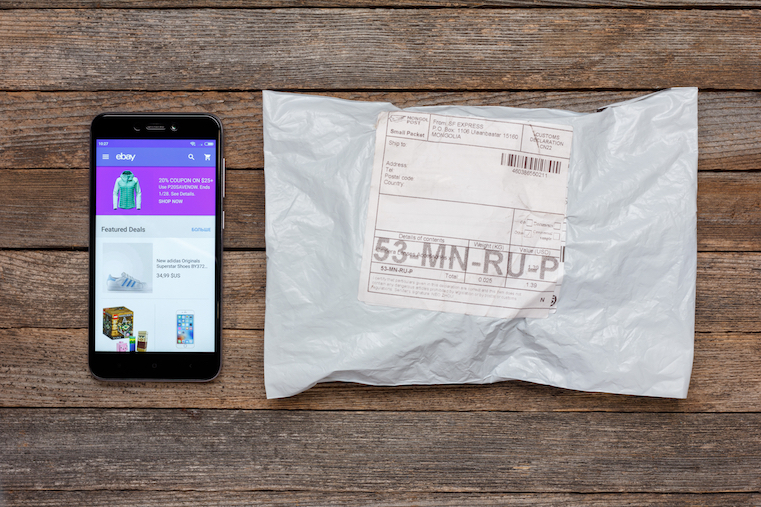 In February, eMarketer forecasted that, for the first time, U.S. digital ad spending would outpace those appearing on more traditional formats -- like TV and print -- in 2019.

Now, the market research outlet is reporting that the digital ad spend takeover is becoming more of a global phenomenon -- forecasting that in at least 10 developed countries, 50% or more of national ad spend will go toward digital formats, including mobile and desktop. 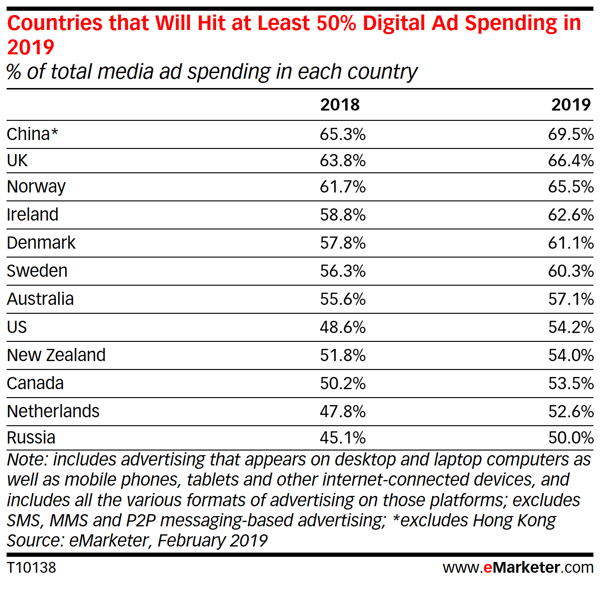 But along with these findings come two other important factors. First, the rise in digital ad spend -- at least, in the U.S. -- is largely spent on mobile ads. And with that, other studies show, come an uptick in mobile commerce sales.

Could these factors be related? And in the context of platforms changing the way they approach and manage ads in the face of growing scrutiny -- how much longer will it matter?

In February, eMarketer projected that, in the U.S., two-thirds of digital ad spend will be spent specifically on mobile ads in 2019, which poses a question: Into which product and service categories do these ads fall -- and where are advertisers aiming for the transaction to take place?

The answer to those questions could largely depend on where, exactly, the ads appear, and in what format. Should they appear on a channel like Amazon, for example, one likely end goal is an ecommerce sale.

eMarketer has a name for ecommerce transactions that take place on mobile devices, like smartphones: "mcommerce." And according to recent data released by the company, mcommerce sales will reach $203.94 billion in 2019 -- comprising  34% of all U.S. ecommerce sales. 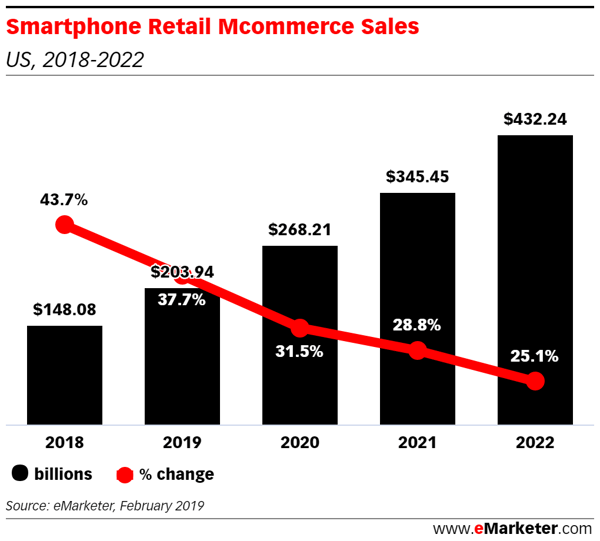 While correlation does not always indicate causation, there are some particular data pieces released by eMarketer that could indicate some relationship between growing mobile ad spend and mcommerce sales growth. 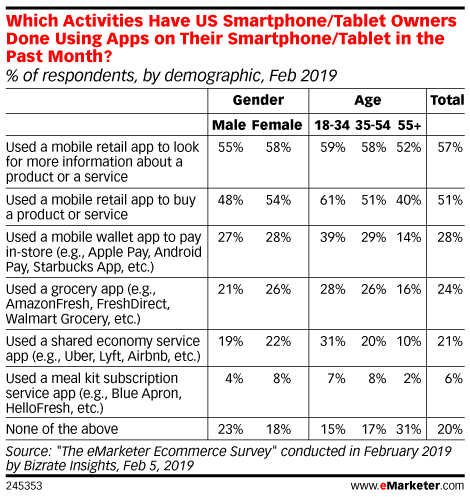 Not long before releasing its mcommerce sales report, eMarketer published findings that two-thirds of U.S. consumers search for new product or service information on Amazon. 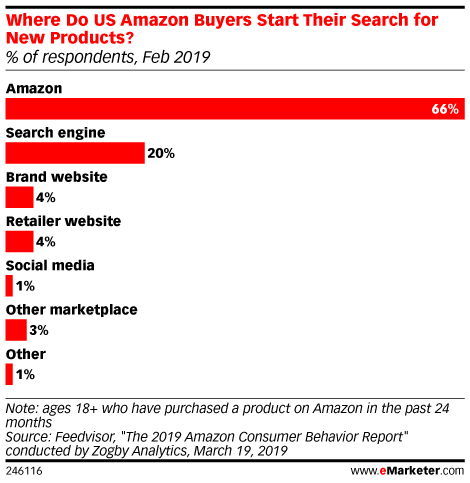 Remember: Amazon ranks third among U.S. digital ad platforms, lagging behind the Google-Facebook duopoly by about 53% in 2018. However, it outpaces search engines -- likely including Google -- in the category of product searches.

Because a growing number of consumers use their mobile devices to either search for products or buy them on "mobile retail apps," it makes sense that over half of digital ad spend in the U.S. is going toward advertisements that appear on mobile platforms.

At the time of Code Commerce last fall, however, Andrea Leigh of Ideoclick pointed to one potential flaw: Amazon's then-tendency to use prime advertising real estate for its own, private-label products.

But that could be changing.

Precious little organic ad space on the first page of Amazon search results -- and the corresponding competition for it -- is leading to what Leigh called a "pay to play" during her remarks at Code Commerce.

She added that Amazon was sometimes "predatory" in its advertising practices, noting Amazon's aforementioned use of the limited page one real estate for its own private label ads, withholding the space from advertisers -- and sometimes going so far as displaying these ads on product detail pages for competing products.

But CNBC reported last week that Amazon would be curbing those advertising habits, and that the ecommerce giant had "quietly remove[d] promotional spots that gave special treatment to its own products."

The change from Amazon came partially as a result, CNBC said, of a growing amount of scrutiny on Big Tech companies -- especially where ads are concerned.

About a year ago, Facebook came under fire for the alleged misuse of personally identifiable user data to target ads, and faces ongoing criticism among findings that its ads tools still might still allow discriminatory targeting.

The snowballing amount of scrutiny placed on these tech giants, by consumers and lawmakers alike, could slowly be changing the way these companies approach their businesses and monetization models -- or at least say they do.

In the past two months alone, for instance, not only has Amazon reportedly curbed its placement of private label ads -- but also, Facebook CEO Mark Zuckerberg has made bold proclamations of how he envisions the future of the company to be less of a news or advertising feed, and more of a private messaging platform.

Facebook already owns WhatsApp: an end-to-end encrypted messaging platform that it acquired in 2014. Now, Zuckerberg says, he sees a future where Facebook's entire suite of apps -- including Facebook itself and Instagram -- will focus on "private, encrypted services," with a specific focus on messaging.

Should that shift materialize -- which Zuckerberg admits would be a long, difficult road to fruition -- it raises questions about how these newfound messaging platforms would monetize, and what the role of digital ads would be within them, if they even play one.

In November, it was reported that WhatsApp's then VP, Chris Daniels -- who has since left Facebook -- said that the app would begin displaying ads in its Status section, which emulates ephemeral content features like Stories that were made famous by Instagram and Snapchat.

At the time, Daniels reportedly said that these ads would serve as the "primary monetisation mode for the company". But now, amid the combination of Daniels' departure and continuing ad targeting scrutiny, the future of ad placement on Facebook's messaging apps -- an idea that was proposed for Messenger at one point, too -- remains uncertain.

But until that pivot to messaging takes place -- and ecommerce platforms like Amazon continue to thrive -- mobile ad spend and corresponding mcommerce sales are not expected to diminish, according to eMarketer principal analyst Andrew Lipsman.

“Not only are [retailers] providing customers with more reasons to download their apps -- particularly with features that enhance the in-store shopping experience," Lipsman said in an eMarketer report, "but they have removed traditional barriers to purchase. Improved personalization, prepopulated payment info and faster checkout have helped streamline the path to conversion."

As the future status and formats of these barrier removals continue to evolve -- we'll be watching.