Behind the Pumpkin Obsession: Data on Which Treats Americans Love & Hate [Infographic] 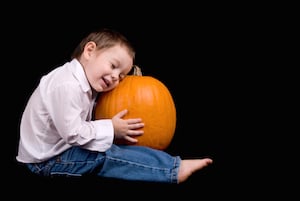 Every year, as soon as September hits, America's affinity for all things pumpkin roars from its summer slumber. Suddenly, seemingly out of nowhere, people are throwing around PSL acronyms, grocery stores boast elaborate, pumpkin-themed displays, and every popular food brand seems to jump on the pumpkin spice bandwagon.

But that doesn't mean everyone's on board. As more and more unnatural products get a pumpkin-twist, people have begun to take sides on the trend. One company decided to investigate: Microsoft looked at what people have been posting on social media about different pumpkin-flavored foods and drinks. In their infographic below, find out which treats Americans are most excited for -- and which we've simply had enough of.