Let’s be honest (which, we admit, may be slightly ironic for an article about lying) and confess we’ve all been tempted to lie in an interview. 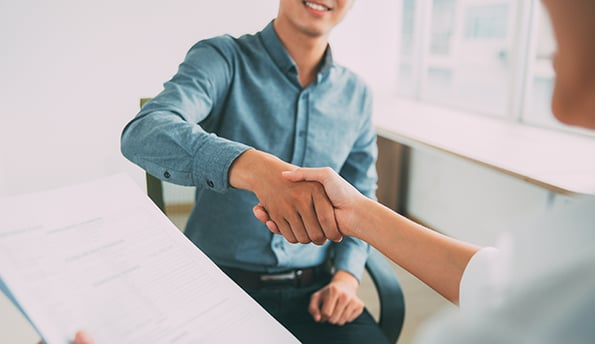 But most of us also know telling whoppers will get us nowhere fast, and so, we give it to a recruiter straight -- for better or worse. Unfortunately for recruiters and hiring managers, not all job candidates are so scrupulous.

So how can they spot and liar? And what should they do once they do? Sharlyn Lauby, president of ITM Group Inc. and founder of HR Bartender, has some expert advice for exactly how to navigate this tricky situation.

First, “if a candidate is truly lying, it’s important for the company to realize it prior to the person being hired,” Lauby says. “If the candidate lies about their knowledge, skills, or abilities, they could be placing the company and themselves at real risk.”

To spot a liar in an interview, Lauby suggests paying attention to three key factors:

How to Spot a Liar in an Interview

Over the course of the interview process, consider asking the candidate the same question multiple times to see if you get the same answer each time. “For example, ask, ‘Are you able to work nights, weekends, and holidays?'” Lauby says. “If a candidate says ‘Yes!’ during the first interview but hesitates during another one, it’s a red flag that the company should try to get an honest answer.”

2. Watch out for too-good-to-be-true stories.

You know the saying: if it sounds too good to be true, it probably is. “This isn’t to say that incredible candidates don’t have great stories to tell,” Lauby says. “But if a story sounds too good to be true, a hiring manager can ask some follow-up questions to make sure the candidate can explain the story in detail. For example, if a sales manager exceeded their sales goal by 500 percent, he should be able to provide specifics. In fact, he should want to.”

According to Lauby, “short answers and fidgety body language might be an indicator that a candidate is uncomfortable responding to certain questions, such as, ‘Why did you leave your last employer?'” But that’s not always the case—so be careful when studying a candidate’s body language and tone.

“[Nervousness] can also be a sign the interviewer isn’t doing a good job of making the candidate feel welcome,” Lauby warns. “Hiring managers need to learn how to make candidates feel at ease, so they are open [and honest] with their responses.”

If you feel you’ve got a liar in your midst—or your office, as the case may be—your first step is to ask clarifying questions and for specifics to see if the candidate is able to back up any inconsistent or wildly positive past experiences, Lauby says. “For the body language situation, offer to give the candidate a tour,” she suggests, “and then resume the interview. See if that helps [the candidate to relax and open up]. Or have the candidate speak with another manager and see if he or she gets the same vibe.”

The important thing to keep in mind, Lauby says, is “the hiring manager [should be] absolutely, positively, totally, completely sure that the candidate was lying” before discounting or dismissing a job candidate. “I understand being suspect about a response,” she says, “which is why hiring managers should ask probing questions to get additional information. And don’t forget all of these questions need to be legal.”

This article was originally published on Glassdoor, one of the world's largest job and recruiting sites. Glassdoor combines all the jobs with valuable data to make it easy for people to find a job that fits their life, while also helping employers hire quality talent at scale. Are you hiring? Post jobs for free with a 7-day trial.