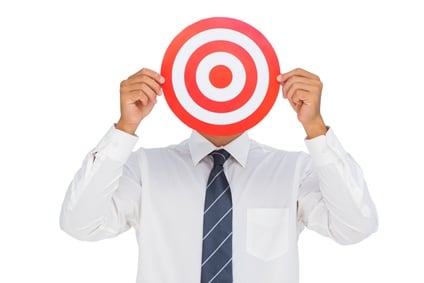 Unless you’ve been living under a rock the past few months, you’ve likely seen the massive coverage of Target’s security breaches. The news made headlines for days, then weeks, then months, eventually costing the company’s CEO his job. Even after months of turmoil and the eventual departure of the CEO, the hits kept coming. A well-known gossip blog posted a long and detailed letter outlining the challenges and problems with Target’s corporate culture, and the employee didn’t hold back, calling out the organization for its highly political office environment, major mishaps in strategy, and losing exceptional leaders by the dozen.

For an organization with a bullseye logo, it likely felt as though everyone in the world, from industry analysts to consumers to employees and media, was firing on all cylinders to highlight the company’s errors.

For many managers, seeing more than 6,000 articles about your organization’s missteps might make you run for the hills. But last night, Target’s CMO, Jeff Jones, wrote a transparent and thoughtful response on LinkedIn to both the Gawker article and the overarching tenor of the last several months. Among many things, Jeff’s post stated:

“In reading this account of life at Target, I’ve gone through a range of emotions -- first anger, then wondering why any team member would say what they said. And while it was difficult for me to read this account for many reasons, the reality is that our team members speaking with honesty is a gift. Because much of what they are saying is true. While we would have preferred to have a conversation like this with the team member directly, speaking openly and honestly, and challenging norms is exactly what we need to be doing today and every day going forward.”

Jeff didn’t call a press conference to refute the employee’s claims. He didn’t send a memo to his team about how the employee would be found and fired. Instead, he read the critique thoughtfully, acknowledged his anger, and blogged about it. Needless to say, as an organization where Louis Brandeis’ tenet that “sunlight is the best disinfectant” is a core component of our Culture Code, I found this approach to corporate communications singularly refreshing.

Below are a few of the insights I think all of us can glean about handling a crisis from this post:

Introduce the Elephant in the Room

One of my favorite quotes of all time is from Randy Pausch, the famous professor and author of “The Last Lecture.” He said “when there’s an elephant in the room, introduce him.” Nowhere is this more true than in the world of corporate communications. When there are 6,000 articles written about you, all you want to do is change the subject and talk about anything BUT a security breach or product issue. But instead of ignoring the letter and trying to dance around it, Jeff introduced it head-on, not shirking from the employee’s criticism -- but embracing it.

The world has fundamentally changed. Consumers are 140 characters away from sharing their experience or frustration with your brand, so dancing around controversy or corruption won’t help your cause. One of my favorite illustrations of this principle came from Evernote CEO Phil Libin. After a scathing review of Evernote’s product stability garnered significant traction on social media, Libin put pen to paper and crafted a thoughtful, engaging, and reflective post on what he and his team planned to do to address the concerns of Jason Kincaid, the blog post author. Instead of lamenting how Kincaid’s negativity had ruined his birthday or how Kincaid simply didn’t “see his vision,” Libin used the feedback to inform his team’s plan for the year and to consider in earnest where their team had fallen short.

Libin and Jones didn’t bury the lede or ignore the heart of the problems their teams faced. Instead, they introduced their respective elephants in the room and proactively discussed them.

Humanity, as it turns out, is something consumers really value in companies they deal with, so a willingness to tackle issues or concern is not only welcome, but expected in a social media era in marketing.

Another common temptation, particularly after a scathing post about your business, is to simply acknowledge the concern and not address it through action. Needless to say, this tends to inspire significant action in consumers, mostly in the form of angry tweets, letters, and complaints. Stephen Covey said “what you do has far greater impact than what you say,” and companies who talk the talk without walking the walk on addressing challenges have a short life span in the eyes of their customers.

Jones’ blog post was clear in its promise of action to customers, but also very direct with his employees: “If you don’t believe this. If you are not reinvigorated at this very important moment in time. If you are too tired or too cynical for this work, please leave.” He defines the role of his team “to create a new truth” and makes it clear that the organization’s leadership failures will be taken to heart, not ignored.

If your brand is in trouble, excuses are easy. So are empty promises. What your stakeholders want most is a course of action and a personal commitment from you that you will take accountability to solve it. Using “we,” “me,” and “I” to make it clear that you will be an integral part of the cleanup effort is paramount; it’s always amazing to me how many people start their crisis efforts by criticizing others (ahem, Donald Sterling), but I digress.

Know That Your PR Tactics Are the Beginning, Not the End

Target’s data breach was announced in mid-December. It is now mid-May. If there’s one criticism Target richly deserves, it’s that this post and other efforts were too little, too late. However, acknowledging the core challenges and proactively owning them is a critical step in the right direction. I used to do a lot of crisis communications work early on in my career and one of the most frequent symptoms of a crisis was early onset denial.

After the front page stories and the negative headlines, it’s easy to think that the worst has passed after a few days. But when it comes to the integrity of your business, the identity of your customers, and the profile of your brand, there is no rest for the weary, and far too many companies don’t recognize a crisis until it’s too late.

Doug Yakola of McKinsey refers to companies in denial as “boiled frogs,” referencing metaphorical amphibians who do not notice their native water temperature is rising until it’s too late. If a significant issue for your company arises, gather your organization’s top leaders and ask them to check their egos at the door. Instead of trying to figure out how to put a band-aid on the problem (it rarely works, I promise), take the time to truly understand the depth of the issue, who it will impact most, what other implications it may have, and how you can address it. Your actions should be commensurate with this discussion, and should involve clear, concise communication and a vision for solving the problem in both the short and long term.

With any company crisis, talk is cheap, but action is required. Your long-term success as a brand will be defined by how you fulfill your promises, not how grandiose your promises are. Jeff Jones’ post seems to illustrate a clear understanding of that need for follow-through, and send a clear message to his employees that he’ll be working around the clock to solve it.

From Tylenol to Pepsi to JetBlue, many brands that are true household names have survived massive corporate communications challenges and lived to tell about them, but there are far too many to count that have failed to rebound from these types of crises due to failures of leadership, communication, awareness, or all of the above. I view the Target CMO post as one of the first signs that the company is turning the tide, and has embraced a culture of transparency and truth-telling to chart a new course to better customer and company communication.

Regardless of what you think of Target and its course of action over the last six months, Jones' willingness to take to LinkedIn and blog about his experience is, in my opinion, admirable. His post replaces excuses with acknowledgement, caveats with candor, and hubris with humility -- and it also starts the timer on his ability to match his prose with execution. I wish him all the best in his efforts, and thank him for his willingness to be transparent even with a bullseye on his back.