Copy is writing that compels. 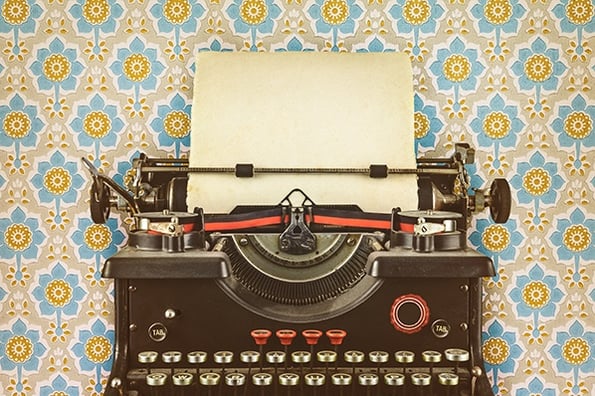 It connects with a specific audience, inciting emotions that drive action. It reads like a comfortable, personalized email but appeals to the masses.

Copy enables sales on a grand scale, which begs the question:

How do you write effective copy?

Writing copy begins with internalizing the principles that differentiate it from other editorial disciplines. And how do you do that?

Charles Bukowski wasn’t a copywriter, but he was a prolific writer of poetry and short stories. In the first half of his life, he mailed thousands of drafts to potential publishers.

But most of his submissions were rejected. The work was too progressive, said the editors, too crude: Bukowski wrote about sex and love, about loss and failure, hardship. Most everything was autobiographical. Then, when he was 46, Bukowski met John Martin, a publisher compelled by his work.

“The first time I read him I said ‘My God, this is today’s Whitman,’” said Martin. “This is a man of the street, writing for the people of the street.”

And so it began: Bukowski found a platform and an audience found Bukowski. His work connected. In the second half of his life, he sold millions of books.

Charles Bukowski wasn’t a copywriter, but he did write like one, which roused readers and enabled his success. Want to write effective copy? Read Bukowski to internalize the core principles of copywriting, which are:

Most purchases aren't logical decisions. People buy things based on how they make them feel.

So, your copy should evoke emotion.

To do that, copywriters dance with the human condition, playing on memories that conjure poignant images that resonate with their audience.

His subject matter was personal, yet typical. Bukowski wrote about things most people could understand, if not relate to. Readers sympathized with him.

I was sentimental about many things: a woman’s shoes under the bed; one hairpin left behind on the dresser; the way they said, “I’m going to pee.” hair ribbons; walking down the boulevard with them at 1:30 in the afternoon, just two people walking together …

Bukowski saw beauty in the mundane, depth and meaning in the prosaic. So he wrote about it, which made readers think, remember and, most importantly, feel.

People have short attention spans. If we’re not interested, we tune out, sometimes within seconds.

So, your copy should make its point quickly.

Unless an emotional narrative calls for it, copywriters don’t use two or three words when one will do.

He rarely dragged on without purpose.

Bukowski respected the reader’s imagination. He didn't color everything in. He let people come to their own conclusions. We enjoy that, after all. We like filling in the gaps for ourselves, using our own images and memories. It's fun.

So, your copy should be comprehensible. A focused reader shouldn’t need to reread a sentence.

To ensure this, copywriters:

One of the most understandable authors of the twentieth century, Bukowski’s clarity was his forte.

In the morning it was morning and I was still alive. Maybe I’ll write a novel, I thought. And then I did.

“Bukowski had no time for metaphors,” said Bono, a friend. “He just wanted to get down to the bone, to the marrow of the bone!”

Copy sells when it makes authentic promises and claims. Dishonesty, eventually, exposes itself.

So, your copy should tell the truth, even if it’s ugly.

Copywriters do it all the time:

He famously held nothing back. In print, he was fully exposed, sensitive and vulnerable and unsafe. He was naked and people glared.

In Ham on Rye, Bukowski writes:

And my own affairs were as bad, as dismal, as the day I had been born. The only difference was now I could drink now and then, though never often enough … I would certainly never be able to be happy, to get married, I could never have children. Hell, I couldn’t even get a job as a dishwasher.

“Forgive me,” Bukowski once said at a poetry reading. “You have my soul and I have your money.”

Though effective copy is driven by substance, it shouldn't sound rigid. It should roll off the tongue.

So, your copy should use literary devices to help it flow.

They use word repetition to create rhythm:

He leaned on literary devices, using them to add depth to his writing, to make his work more poignant and moving, more emotional.

In Dinosauria, We, Bukowski writes:

Study his work and you will, too.