Unriddled: Facebook in Brussels, Launch of the GDPR, and More Tech News You Need

Welcome back from a long Memorial Day weekend, and an equally long week of data security-related news that applies directly to you -- and me. It's another edition of "Unriddled," our mid-week digest of the tech news you need to know. 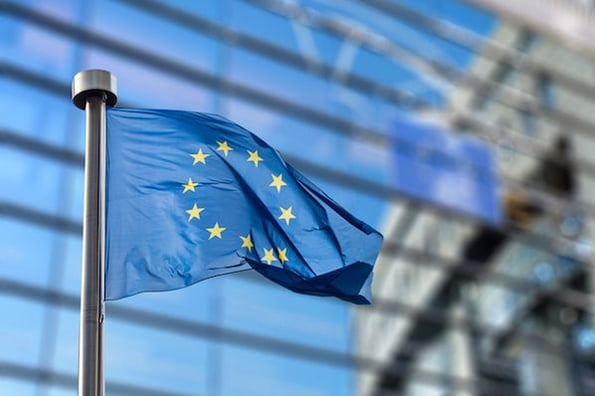 Also worth noting, this is the first edition of Unriddled under GDPR, a massive European data privacy regulation that went into effect last Friday (keep reading, it's a big deal).

Last month, Facebook CEO Mark Zuckerberg appeared in front of Congress to discuss Facebook's position on the recent mishandling of Facebook users' data by the (recently liquidated) data analytics firm, Cambridge Analytica. Last week, Zuckerberg answered similar questions before the European Parliament's Conference of Presidents in Brussels. And the roundtable was neither easy on him nor pleased with the format of his answers.

Before Zuckerberg spoke at all, each member of European Parliament (MEP) posed their questions one after the other. Their questioning lasted just over an hour, leaving Zuckerberg with roughly seven minutes to address all their concerns at once. And according to the MEPs present and those who watched online, it was not seven minutes well spent. Read the full story on this controversial hearing >>

In light of a newly launched European data privacy law -- and the heat on Facebook for the misuse of its users' data by analytics firm Cambridge Analytica -- Facebook has revamped its privacy options for all users. But it's not quite the same as the regulation that took effect across the pond last week (which we've unriddled for you further down this report).

Facebook's rollout to all users was more of an alert, rather than a full teardown of its privacy policy. The alert's main difference from Europe's new policy is that it's optional to read. Facebook's rollout is merely an "interruption" to users when logging on -- something they can skip if they'd like. In this way, users can passively review how Facebook stores data related to ads, their profile info, and facial recognition. Read the full story >>

Earlier this month, the U.S. House of Representatives released a record of more than 3,000 political ads the Internet Research Agency (IRA) in Russia bought and ran on Facebook to influence the outcome of the 2016 U.S. Presidential Election. To demonstrate the same transparency, Facebook has now launched a public archive of every political ad ever run on the platform.

Facebook's political ad archive produces information on each ad's cost, target audience, and performance. However, the tool only allows users to search for ads based on the subject or person featured in the ad, rather than the ad's date or sponsor -- two things that many people are disappointed they won't be able to see, given the thousands of ads originating from the IRA. Read the full story >>

If you missed the General Data Protection Regulation's (GDPR) rollout, check your inbox. Every company you've interacted with lately likely emailed you with updates to their privacy policies. The GDPR officially took effect on Friday, May 25th, and businesses everywhere -- not just in Europe -- have adjusted their terms of service to comply with the GDPR to protect customers who might live and do business in Europe.

While changes to data protection laws might connote rough road for advertisers, who depend on insight into their customers' profiles and behaviors, some see it as a necessary measure to make their marketing content that much more respectful of the buyer's journey. Read HubSpot CEO Brian Halligan's recent note on GDPR >>

Beyond developments in data security, Big Tech was as eventful as always. This week, Airbnb subtly released a new feature called "Stories," heralded as the company's expansion from simply home rentals to a broader suite of travel services.

Facebook, Instagram, WhatsApp, and Snapchat all have similar "Stories" features that allow users to share disappearing photos and videos. Airbnb's Stories launch will work the same way: Users can write and shoot short videos of their experiences, not just in a particular room rental, but across the city to which they're traveling. Read the full story on Recode >>

That's a wrap for today. Until next week, tap me on Twitter with your thoughts on the now-active GDPR and what tech news you'd like to see us cover in the future.