Variable Cost Explained in 200 Words (& How to Calculate It)

There’s a frustrating truth that every business deals with early into its growth: More money, more problems. 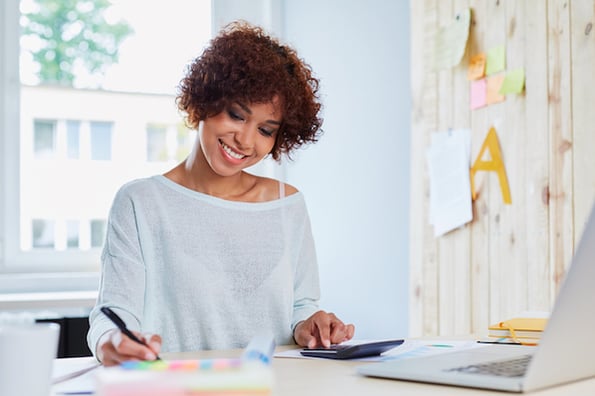 It seems counterintuitive — if sales and revenue are up, isn’t that a good thing? How are bigger profits a potential problem?

Put simply, it all comes down to the fact that the more you sell, the more money you need to spend. This includes marketing and sales campaigns to reach more customers, the production costs of more goods, and the time and money required for new product development.

Known as variable cost, this sales/spend ratio is something every business owner should understand, but online advice listicles and action plans often assume readers have an intrinsic knowledge of this concept rather than providing a working definition.

In this piece, we’ll clear up variable cost confusion: Here’s what you need to know about variable costs, how to calculate them, and why they matter.

What is a variable cost?

Let’s examine each of these components in more detail.

To calculate variable costs, multiply what it costs to make one unit of your product by the total number of products you’ve created. This formula looks like this: Total Variable Costs = Cost Per Unit x Total Number of Units.

Variable costs earn the name because they can increase and decrease as you make more or less of your product. The more units you sell, the more money you’ll make, but some of this money will need to pay for the production of more units. So, you’ll need to produce more units to actually turn a profit.

And, because each unit requires a certain amount of resources, a higher number of units will raise the variable costs needed to produce them.

Variable costs aren’t a “problem,” though — they’re more of a necessary evil. They play a role in several bookkeeping tasks, and both your total variable cost and average variable cost are calculated separately.

Your average variable cost uses your total variable cost to determine how much, on average, it costs to produce one unit of your product. You can calculate it with the formula below.

While total variable cost shows how much you’re paying to develop every unit of your product, you might also have to account for products that have different variable costs per unit. That’s where average variable cost comes in.

The opposite of variable cost? Fixed cost. Fixed costs are costs that don’t change in response to the number of products you’re producing.

Worth noting? These costs aren’t static — meaning, your rent may increase year over year. Instead, they remain fixed only in reference to product production.

To calculate the average fixed cost, use this formula:

Both variable and fixed costs are essential to getting a complete picture of how much it costs to produce an item — and how much profit remains after each sale.

What is the variable cost ratio?

The variable cost ratio allows businesses to pinpoint the relationship between variable costs and net sales. Calculating this ratio helps them account for both the increasing revenue as well as increasing production costs, so that the company can continue to grow at a steady pace.

To calculate variable cost ratio, use this formula:

Consider our example above again. If your variable costs are $20 on a $200 item and your fixed costs account for $100, your total costs now account for 60% of the item’s sale value, leaving you with 40%.

Put simply? The higher your total cost ratio, the lower your potential profit. If this number becomes negative, you’ve passed the break-even point and will start losing money on every sale.

So, what’s considered a variable cost to the business?

Let’s examine each in more detail.

These can include parts, cloth, and even food ingredients required to make your final product.

If you automate certain parts of your product’s development, you might need to invest in more automation equipment or software as your product line gets bigger.

The more products your company sells, the more you might pay in commission to your salespeople as they win customers.

The more products you create, the more employees you might need, which means a bigger payroll, too.

Businesses that receive credit card payments from their customers will incur higher transaction fees as they deliver more services.

Apps like PayPal typically charge businesses per transaction so customers can check out purchases through the app. The more orders you receive, the more you'll pay to the app.

You might pay to package and ship your product by the unit, and therefore more or fewer shipped units will cause these costs to vary.

By understanding the nature of these costs and how they impact your current and projected revenue, it’s possible to better prepare for evolving market forces and reduce the impact of variable costs on your bottom line.

8 templates to help you track and manage your marketing spend this year.