Videos are Showing up in Featured Snippets. We Analyzed 165 of Them. 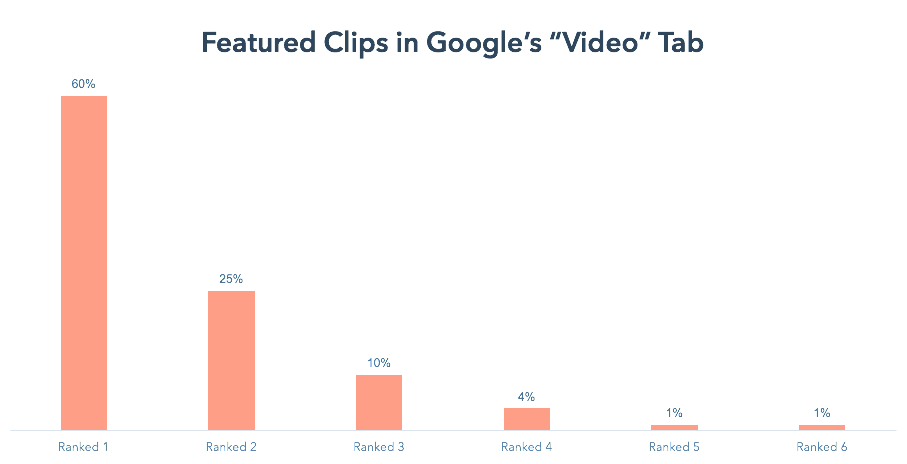 With contributions by Jay Bucci

What is a Featured Clip?

These are Google’s attempts to answer a query directly on the search engine results page (SERP). Here’s an example of a list Featured Snippet: 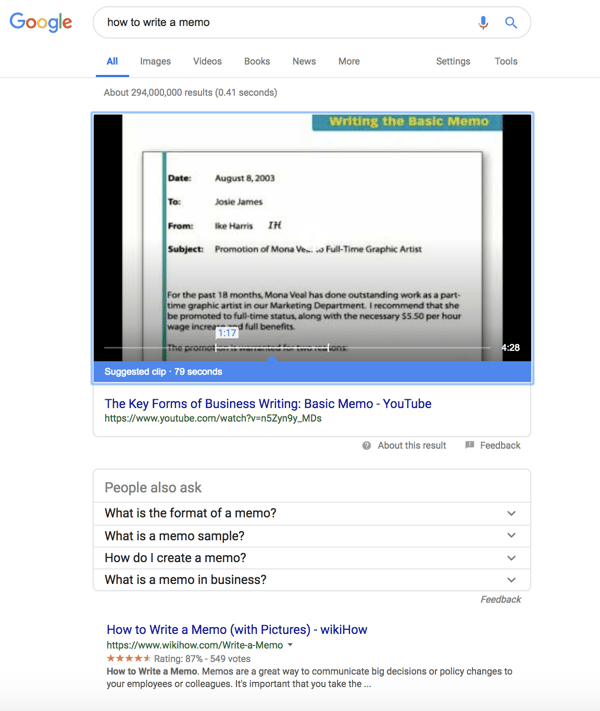 This allows the user to instantly get an answer to their query without clicking on any of the results. Of course, if your site owns one of those results, that probably won’t be great for your CTR. To own Featured Snippets and help increase your traffic again, check out our “Guide to Winning Google’s Featured Snippet”.

Now that we’ve explained what a Featured Snippet is, we can discuss Featured Clips. These are videos pulled from YouTube that appear in the Featured Snippet “zero position” spot. Unlike the traditional video carousel, a Featured Clip auto-starts and stops at the exact section of the video that answers the searcher’s query. Here’s an example:

When a user clicks on the video, it will begin playing from the 42-second mark.

When and where do Featured Clips show up?

Featured Clips tend to show up for highly visual “how to” searches where the user is probably looking for step-by-step instructions.

Imagine it’s Sunday morning and you want to make French Toast. But you can’t quite remember the recipe, so you search “How to make French Toast”. A written list of instructions would be helpful, but a video would be even better -- and that’s where the Featured Clip comes in.

So what did we do?

We wanted to see what the Featured Clip videos had in common, so we analyzed:

After looking at 165 Featured Clips, we found some pretty interesting -- and surprising -- patterns.

2.  Video length doesn’t matter: The longest video in our analysis was 2,125 seconds long, or about 35 and a half minutes, while the shortest video was just 55 seconds. As long as the video’s content aligns with the searcher’s intent, its length won’t help or hurt its chances of snagging the Featured Clip spot. That being said, if you want viewers to stay for the entire video, a shorter one is probably best.

3.  Keep your older video content updated: The average video age was 4 years and 8 months. That means all of your content should be optimized to win Featured Clips -- not just your new videos. 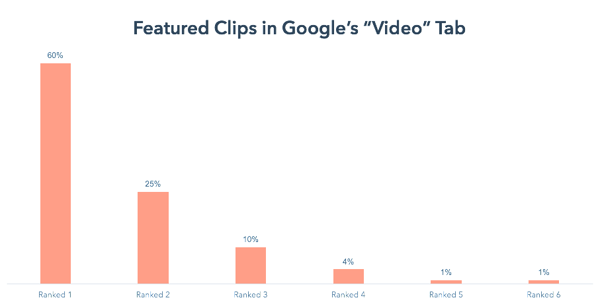 5.  Type up content and put it in your video’s description: Surprisingly enough, 71% of Featured Clips don’t have scripts or lists in their description. But you should always make your content as accessible as possible for sight-impaired users or people who prefer to read.

A few things to consider

When we began, we identified 224 keywords that triggered Featured Clips. However, we quickly realized some of these keywords were losing this search feature. By the time our analysis was complete, just 165 keywords of the original 224 still presented Featured Clips (a 26% decline).

This doesn’t necessarily mean there are fewer Featured Clips overall, as they may be appearing for keywords we weren’t tracking. What it does mean: Featured Clips are highly volatile (like most experimental Google search features).

There is no doubt that Featured Clips are volatile, but there are identifiable patterns woven through the new search feature. With this in mind, the decision to make an effort to win Featured Clips is up to you.