What is a Snapchat Streak?

In my last internship, my manager told me a funny story about her 18 year-old brother after he visited the office one day. And it made me realize I officially don’t understand the teenage mind anymore. 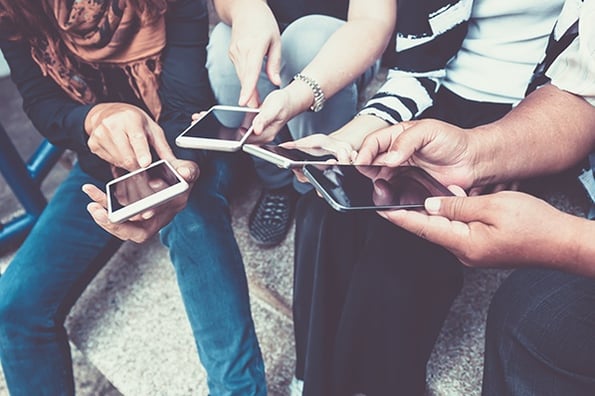 After meeting me for a mere two minutes, he wanted to add me -- the only other person around who looked like they could’ve just graduated high school -- on Snapchat, so we could start a Snapstreak.

I knew what Snapstreaks were, but I didn’t get why he wanted to add a random guy on Snapchat just to start one. I mean, it was cool he seemed to identify with me. But why do today’s teenagers value Snapstreaks so much that they’d add any fellow Gen-Zer to their most personal social network and commit to messaging them everyday?

Let's back up before we delve too deeply into philosophical questions about Gen Z's social media habits. If you're above the age of 25, you might not know what a Snapstreak even is.

What is a Snapstreak?

A Snapstreak occurs when two people have sent each other Snapchats back and forth for more than three consecutive days. When you start a Snapstreak with someone, you’ll see a fire emoji next to their name in the app. The number next to the fire emoji indicates how long the Snapstreak has been going.

You might think it’s silly that falsely expired Snapstreaks have sparked so much user backlash that Snapchat needs a customer support team for the issue. But, for some teenagers, a fire emoji next to someone’s name is an extremely meaningful indicator of friendship.

A long Snapstreak is concrete evidence for a close friendship. It proves the two friends are committed to talking to each other everyday. So if someone claims they're close with someone, then their Snapstreak with that person should be long. Some teenagers even bring up their Snapstreaks in conversation with peers to prove the quality of these friendships.

When teenagers accidentally end Snapstreaks, it can ruffle some feathers, especially if the streak spans over a year. Since both friends invested a portion of their day for an entire year to maintain the Snapstreak, unintentionally ending it can make them feel like all that time and effort went to waste. The pain can sting so bad that teens will even Snap each other in the middle of the night to save their Snapstreak from expiring.

Snapstreaks might just seem like a game or a superficial way to prove popularity, but a lot of teens realize it’s an excuse to connect with their friends everyday. Teenagers value Snapstreaks more than any other Snapchat metric like story views or Snapchat score because they know starting a streak with someone can lead to actual conversation. By using Snapstreaks as a reason to talk everyday, they can strengthen their friendships.