What is Ecommerce? [Quick Guide]

Ecommerce, short for “electronic commerce,” is the process of buying and selling physical or electronic items online. 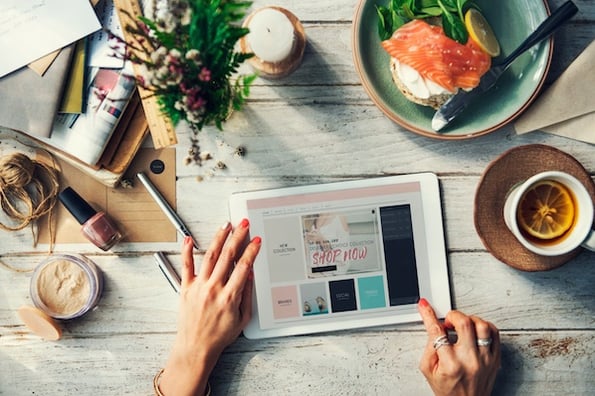 In 2018, ecommerce is more popular than ever before. For many people, it has replaced brick-and-mortar stores as the preferred way to shop. Mobile devices have greatly contributed to the rise of ecommerce: it’s estimated that mobile will account for 70% of all ecommerce traffic by the end of this year alone.

Social media sites like Facebook have further helped ecommerce gain popularity. Facebook reported an advertising revenue of $9.16 billion in the second quarter of 2017 (which is a 47% increase since the second quarter of 2016), and 87% of Facebook’s overall advertising revenue comes from mobile devices. As social media sites merge with ecommerce platforms like Shopify, more people will begin integrating ecommerce into their daily shopping habits.

Ecommerce isn’t going anywhere, and it’s only going to keep getting bigger: According to Digital Commerce 360, ecommerce will account for 17% of all retail sales by 2022.

Ecommerce is short for “electronic commerce,” and is any business or commercial transaction conducted electronically. Ecommerce is most well-known as the process of buying and selling physical or electronic items online. Examples include online retail shopping, auction sites like eBay, trading goods and services between corporations, and online banking.

There are three primary types of ecommerce transactions:

Although online shopping is the most obvious form of ecommerce, online banking is technically also considered ecommerce.

Ecommerce is beneficial for businesses in a few major ways: it can reduce costs by limiting the expenses of owning and running a physical store. It's faster and more convenient than most traditional business transactions, and it can reach consumers in areas where geographical barriers would have prevented the expansion of physical retail locations.

For consumers, ecommerce reduces costs by offering you more options. For example, if you go to Best Buy, you must pay Best Buy prices for a TV. Online, you can compare Best Buy TV costs to Target TV costs, or you can check out identical TV brands on eBay, Craigslist, Facebook Marketplace, and countless other sites. Essentially, ecommerce lets you compare prices with the entire world, rather than just your geographical region, which can afford you the luxury of choosing the best brand for your budget.

As ecommerce evolves, it's important to keep an eye on ecommerce trends. Even if you’re a brick-and-mortar shop, you can still benefit from learning about ecommerce, since ecommerce is a good indicator of what consumers expect and want from their shopping experience.

Learn How to Use Ecommerce to Attract, Convert, and Delight More Customers