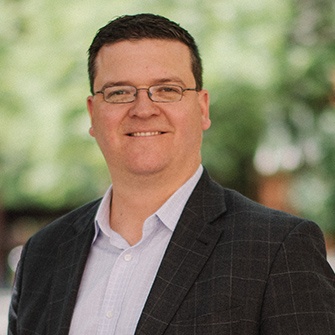 Though pushy sales tactics are usually frowned upon in today’s business world, there is a time and a place for aggressive closing strategies. While they have a poor reputation, they’re sometimes the best option at the end of the sales process.

However, it’s critical for salespeople to understand when and where to use them and when not to. If you use them at the wrong time or with the wrong client, you could lose the sale, but sometimes, taking away other options for your clients can be your best move. It’s no doubt risky, but it can be effective at times.

The three aggressive closing strategies below can be successful when used appropriately.

Sometimes your clients need a little push to make a decision in a timely manner. Turning up the pressure and putting a time limit on an offer can sometimes get you the results you’re looking for. It can make your clients believe that they’ll lose out on money or a great opportunity if they don’t act quickly.

Some of these strategies include telling the client he only has a certain timeframe to make a decision or the pricing or some of the features could change after a certain date; telling him that his business goals could be negatively affected if he doesn’t close a deal by a specific day; or raising the competitive aspect by telling a client that he could have an edge if he obtains a certain product or service before his competitors do.

Prospect: “I’m not sure if I’m ready to commit to this purchase yet. I’m going to need more time to think about it.”

Salesperson: “I understand. But I should let you know that this reduced price that I’m offering you today is only available until the end of the week. Why don’t I give you a couple days to think about it and touch base with you at the end of the week?”

This strategy is best used with the impulse buyer who is less likely to buy something the more time he takes thinking about it. However, stay away from this tactic if your client is known to put a great deal of thought into every purchasing decision. Rushing this type of thoughtful buyer will only hurt your chances.

Salespeople who quickly give up on a prospect when they hear the word “no” tend to have a lower sales record than those who are more persistent. With some clients, it pays to continue pressing the issue by raising more closing questions. Sometimes, when you’re persistent enough, you can actually turn that “no” into a “yes:”

Salesperson: “What can I do to change your mind?”

Beware, though, this aggressive closing strategy can turn on you in the blink of an eye, turning off the prospect and giving you the opposite reaction than what you were hoping for. It’s best used as part of an overarching closing strategy than on its own. But if the prospect seems very ready to buy but still a bit reluctant, you can likely overcome the resistance with persistence on its own.

This is one of the most aggressive closing strategies, and it can only be used right at the end of the sales process when the prospect has already shown interest and narrowed down his selection of choices, but is still hesitant to make the deal official.

With this strategy, you’re pushing the close out of the client’s fear of losing more than he’ll gain. You could offer to reduce the cost by eliminating either features or products that the prospect is interested in the most; offer to delay signing the contact but point out that he may lose out on benefits due to the postponement; or offer a less expensive alternative but explain that it won’t fully meet his needs.

Prospect: “I’m interested in features X, Y, and Z of your product, but I don’t think I have enough money in the budget.”

Salesperson: “I can reduce the total cost of the product by eliminating feature Z. How does that sound?”

Using this particular aggressive closing strategy can be difficult and risky. It should never be a first-line tactic and should only be used if you are sure that your alternative suggestions will be declined.

These three aggressive closing strategies can be effective in certain situations, but it takes practise and technique to deploy them successfully. They should not be used as a first option to close deals. Rather, they should be used as a last resort when your customer-centric and collaboration-based techniques haven’t worked.

Want to learn more? Get tips on how to close a deal on the phone here.