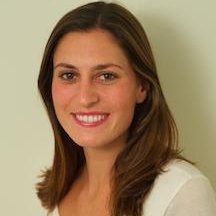 Janet is the CEO of Spotted Media, a celebrity advertising company based in Boston and NYC that has raised $4.75 million in seed capital since its inception in March of 2016. Prior to Spotted, Janet was the SVP of Sales for 2011 TechStars grad Promoboxx and was named "20 Women in Technology" by Accomplice Ventures in 2015.

The Sales Outreach Strategy That Won Us Our First 10 Customers