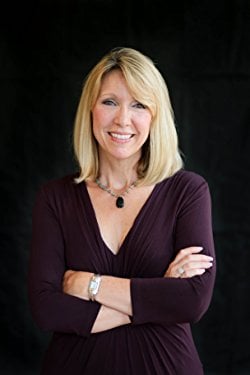 Changing your thoughts is the most essential aspect of boosting your confidence. Your thoughts create your reality. Your thoughts also produce the emotions you have about yourself and your abilities. If you think you're incapable, not smart enough, or lacking in some way, you're flooded with negative feelings that suck your energy and motivation.

The optimal way to approach creating confidence is by changing your thoughts and your behavior at the same time, even if you have feelings of fear or doubt. By mindfully ceasing old thought patterns and replacing them with new ones, you're teaching your brain new habits and creating new neural pathways.

As you shift your thinking about yourself and your confidence, and support that shift with confident actions, you'll notice your emotions will follow suit. You'll feel less and less insecure and anxious, and increasingly self-assured about your capacity for success and happiness.

Random thoughts float around in your head like uninvited guests. If you examined your thoughts, you'd see many of them -- probably most of them -- are negative and self-sabotaging. You dwell on the past, worry about the future, obsess about failures and mistakes, battle shame and guilt, and allow your thoughts to drift into mine shafts of negativity and anger.

Action Steps: Awareness is always the first step toward change. For a few days, pay attention to your thoughts. This will take some focus, so you may want to post reminders around your house, your car, and your office. Try to notice patterns of negative thinking and the triggers that set off these thoughts. Make notes about these patterns and the topics of your negative thoughts so you don't forget.

As you become aware of patterns of negative thinking, your goal is to break the patterns. The more you allow negative thoughts to have free reign in your mind, the stronger and more debilitating they become. Repetitive negative thinking can lead to depression, anxiety, and even physical illness. It can certainly prevent you from being happy, productive, and confident.

Action Steps: Put a rubber band on your wrist. Every time you notice negative thoughts arising, gently pop the rubber band as a physical pattern interrupt for your brain.

Create a positive statement that's the opposite of the negative thought. For example, if your negative thought was, "I'll never meet my quota this month," change the thought to, "I have the resources and skills I need to meet my quota this month." Even if you don't believe the new thought initially, say it out loud if possible and to yourself several times. Don't worry if it feels silly or useless. You are taking control of your thoughts and retraining your brain.

Interrupting negative thoughts and replacing them with positive ones is a powerful tool for change. You can reinforce this practice with action. When you are focused on something that requires mental focus or physical exertion, your brain is occupied with the task at hand.

Have you noticed when you're engaged in a project, intently focused on a sport, or doing anything that's challenging, your worries disappear -- at least for a while? Action prevents you from getting stuck in negative thought loops, and it has the further advantage of allowing you to do something productive or useful. Taking control of your thoughts, deciding to take action, and accomplishing something useful all add to your confidence.

Action Steps: Plan ahead for this strategy by choosing activities or projects you enjoy that require focus and attention. It could be something creative like cooking, drawing, or playing an instrument, or it could be a work project or household task that is mentally challenging. It needs to require enough focus that your mind doesn't wander to your negative thoughts.

When you notice yourself in a negative loop, replace the thought as outlined in #2, and then take action on one of your pre-planned activities. As you practice, your negative thoughts will simply become a trigger for positive thought and action. You might even come to view negative thoughts as your motivator.

Negative thoughts that have had years to percolate in your mind will grow into limiting beliefs. These beliefs might have had some element of truth initially -- or they may have no truth at all -- but you accepted them as truth because they were implanted so powerfully. Limiting beliefs often go back to childhood experiences, and the pain that accompanies the beliefs makes it very difficult to disengage from them. However, when you challenge these beliefs and shine the light of truth on them, you can begin to loosen the stronghold they have on you and your confidence.

Action Steps: Think about the limiting beliefs you have about yourself. These beliefs often relate to your worthiness, intelligence, appearance, personality, and abilities. In some area of your life, you were told or it was implied you weren't "enough." Write down these limiting beliefs. Then think about the initial source or reason you adopted the belief in the first place. Now think about how the belief is no longer true for you or maybe never was true. Find specific evidence in your life that contradicts the belief. If you can't find the evidence, what could you do to create it now or in the future?

Editor’s note: This post is an excerpt from Barrie Davenport’s book Confidence Hacks: 99 Small Actions to Massively Boost Your Confidence, and is republished here with permission.

Spiffs: What They Are and How to Do Them Properly

40 (Mostly) Clean Pump Up Songs for Motivation at Work