Closing Once is Dead: Why Asking for “Next Steps” Is Best 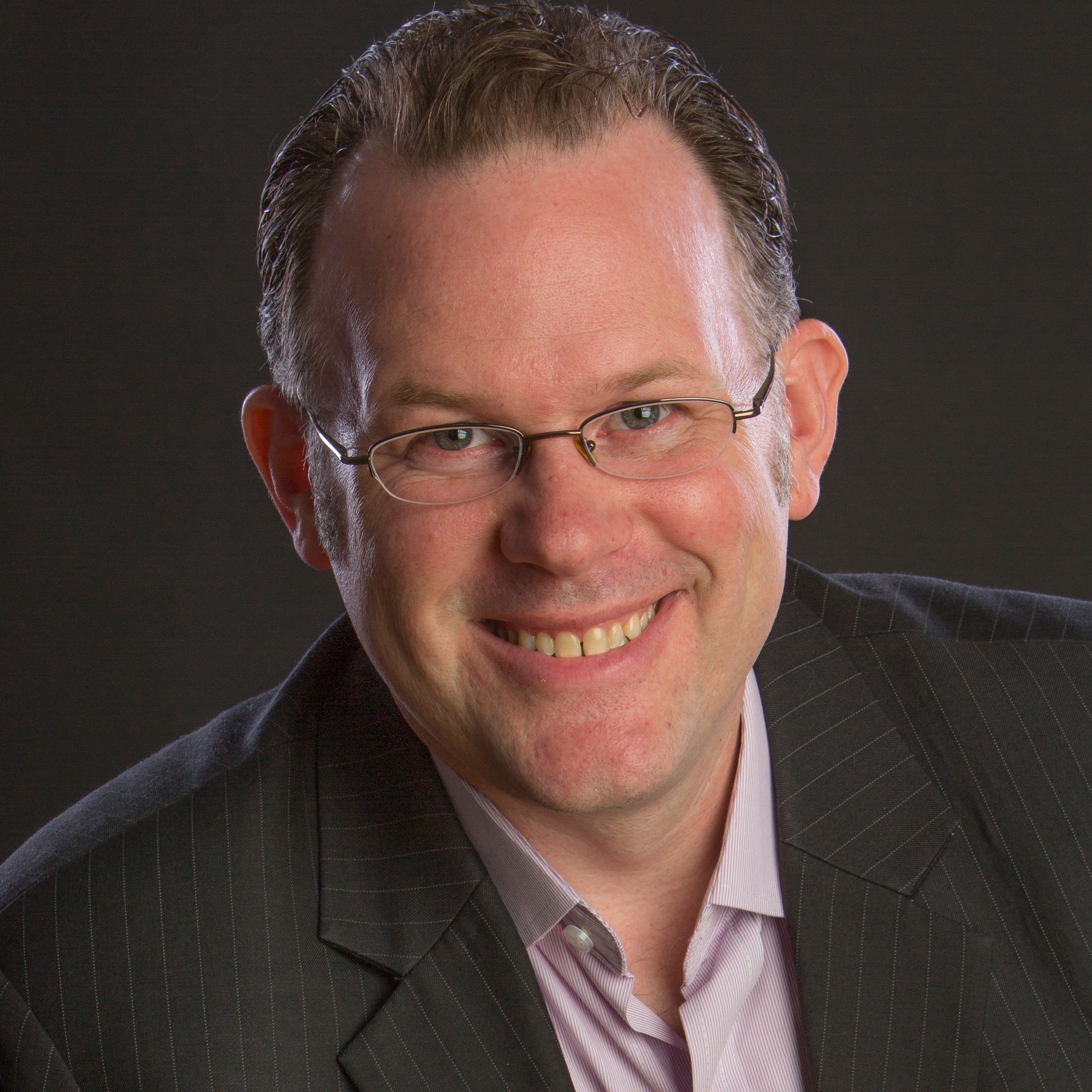 I learned some great lessons about sales while in an unlikely environment: the improv comedy stage. I was never going to be a cast member on SNL, but living in Chicago, you’re surrounded by great improv institutions. I liked to dabble. In my classes I learned to find a balance between having a goal and being flexible as to how you would get there.

As one of the master improv teachers, Patricia Ryan Madson, once wrote, “An improvisation always has a point. It is never simply a “whatever”... some guiding force underlies each moment. We need to keep in mind what we are aiming for.”

So even in improv comedy, an art form that’s by definition scriptless -- it’s important to know where you’re going. During your sales engagements, you should keep the end goal of the sale in mind, but be open to how you will get the customer to that point.

This is part of why critical thinking and creativity are crucial skills for the Hyper-Connected salesperson. We have to learn how to see opportunities that are hidden or need to be created from scratch.

Not only are we asking for the Next Step to move the conversation along, but we often need to come up with the Next Step on the fly. Sometimes the Next Step is something unexpected, like sharing an idea that another client had with your prospect, or maybe it’s asking the right question to help the prospect clarify what they really need or want.

Always Ask for the Next Step

Whatever the particulars, it’s safe to say that the Next Step is usually a far cry from what the order-takers of the past were doing.

Think of this as a real-life Choose Your Own Adventure novel. I read these all the time when I was younger, and I might have cheated a bit. I would look through the books and find all of the pages with the “bad” endings where you got caught by the bad guys or dropped off a cliff. Then, as I went through the book, I’d be sure to not pick choices that landed on those pages.

But I’d eventually get stymied by trying to remember how I got to where I was. I realized there were a lot of ways to go through the book, and I just had to try again if I didn’t get what I wanted the first time. Whenever I tried to hold on too tightly to the ending that I wanted, I would invariably get stuck. I still knew what I wanted the ideal ending to be, but I had to learn to be flexible with how I would be getting there.

The Sales Matrix paradigm creates an open format that a salesperson can use to move the relationship forward. There’s a bit of a paradox here, because even though the process isn’t linear, we’re still trying to create momentum that is going in one direction. We’re just being open to the fact that it could happen in many different ways.

We can break this down by looking at different parts of the sales interaction. In the prospecting phase alone, there are many junctures where an important Next Step question might be relevant.

Asking for the Next Step during prospecting might include:

There are a number of possibilities during the prospecting phase, and each of those might have different branches of possibility that follow from them. Later in the process, when we get to actual sales conversations, getting the business can have a lot of different looks and feels in the Hyper-Connected landscape. Indeed, the concept of “closing” itself has altered significantly in recent years.

In the linear process that used to define sales, closing was a finite moment that happened once. It’s step #____ in the process.

When I first learned the Cutco sales presentation, there was exact verbiage that I learned, on page 10 of the training manual, to ask for the order. It went like this:

today entitling yourself to the free kitchen tools and super shears?”

In a simple, step-by-step process, it’s just a matter of inserting the right question at the right place and letting the prospect answer. There were/are books filled with potential closing questions that are designed to get the prospect to say yes all the time. At least that’s what the titles claim.

But remember, if it’s really that simple and basic, it’s going to be taken over by technology. This is what we’re seeing with online marketers. If Amazon or an AI-driven automated marketing campaign can get someone’s credit card with a simple question, that’s where the business will go.

So that’s not where humans are going to be making their mark. Moving forward, we can expect that the types of “closing” situations that humans will be an integral part of will lean to the side of complexity.

In the Sales Matrix, no longer is asking for the business a one-time occurrence. When there are multiple variables, decision-makers, and steps to move through, it makes sense that there will be many opportunities to ask for something. Because of this, the word “closing” is ceasing to be a valuable way of looking at the process.

It denotes something that happens at the end of the process, at the “close” of the conversation. Closing in the modern world can and should happen all along the journey. Sales will continue to be more of a negotiation than a one-off question. And these different opportunities to ask for the Next Step will not necessarily be at clearly-defined points in the process.

One of the biggest hurdles salespeople face with open-ended conversations is that there isn’t always an easily-defined endpoint to focus on, and for some, that makes the conversation stressful.

They would rather be in a sales meeting and think to themselves, “My purpose here is to set up a moment where I can ask for the sale. I want to walk out of this meeting with a commitment to buy.” And that might work when the prospect is truly ready for a buying conversation. But what if you’re jumping into that too early?

What if you misread the situation? As we saw earlier, paying attention to the context is critical, because then you can connect the Next Step question with the ideal next phase in the process.

Link Each Part of the Sales Process Together

Moving the prospect through this process is one of the ways that today’s salesperson creates something new. And it’s also how they can add their particular brand of creativity. I recently had an interesting conversation with Sarah Thurber, author of “The Secret of the Highly Creative Thinker: How To Make Connections Others Don’t.”

She’s also the CEO of Foursight Analytics, a company that assesses creativity in individuals and organizations. In Foursight’s model, creativity has four proficiencies: Ideation, Clarification, Development, and Implementation. Some people excel more at one stage or another, but all of them are necessary for the successful execution of a project.

Thurber pointed out that there’s a natural ebb and flow to the process. “First, you have a lot of ideas, and then you narrow those down,” she said. “Then you clarify the winners to make sure they’re the right path to pursue. Once that’s been agreed to, you can move from there to development and implementation. It’s all about expanding the ideas, and then focusing on the best course of action for execution.”

During our conversation, I realized that this process is very similar to what occurs within the Sales Matrix. Where a Hyper-Connected salesperson excels is not in a specific individual segment, but in linking each of these steps together. They move the process along.

A salesperson is the quarterback in this scenario, always assessing the situation, giving instructions, and moving people toward the goal line. The final step of asking for the business is just one piece in an open format.

There will even be Next Steps that happen after asking for and getting the business. The Hyper-Connected salesperson isn’t going to disappear once they get a signed contract. Not at all.

After the sale has been made, additional Next Steps might include:

Successful salespeople in the Hyper-Connected world always have the long view in mind, and what happens after the order continues to impact a customer’s satisfaction and therefore a salesperson’s reputation.

It’s important to stick around well after the business is closed to make sure that implementation went smoothly. And in industries with longer or more complex delivery processes after the sale, social media has become a fantastic tool for keeping in touch with clients during and after delivery.

The rising importance of the continuous, non-linear Next Step process signifies the end of the concept of “closing.” A truly fundamental shift in the nature of what salespeople are asking for has occurred.

If someone said “no,” you moved on to the next prospect. But in the Sales Matrix, the act of asking is the linkage between each node in the process. It gives you permission to continue the conversation. Your main job as a salesperson in this novel landscape is to keep things moving forward, and this is something that humans are uniquely suited for because we understand context better than computers do.

Your goal as a Sales Sherpa is to make sure your prospects and clients keep moving up that mountain. They might not be able to see the peak just yet. Maybe they’re way back at the mountain’s base, not yet ready to start the ascent.

In that case, you want to keep things warm and moving. Then, when it’s time to make a bigger ask, they’re ready for it. The important thing is to always be asking the right question, because if you remain attuned to the situation, the bigger question will be right around the corner.

You can enjoy the rest of my book, "Hyper-Connected Selling: Winning More Business by Leveraging Digital Influence and Creating Human Connection," by picking up a copy at your favorite online bookseller.