The Difference Between Sales at Startup vs. Enterprise Companies

Sales roles come in all shapes and sizes. The nature of each rests, in large part, on the scale of the company that encompasses them. A large enterprise with five floors of office space in a skyscraper probably isn't going to have similar clientele and sales operations to a startup operating out of a room in an incubator. 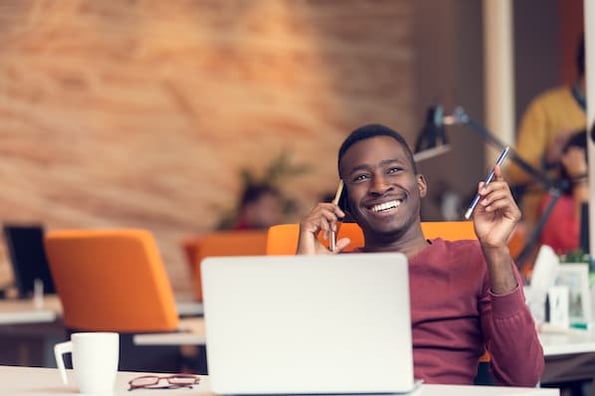 Here we'll learn a bit about what sales can look like at both kinds of companies.

For the sake of this article, we're going to use the Organization for Economic Cooperation and Development's definition of a large enterprise — any business with over 250 employees — as our reference point for that side of the comparison.

The hypothetical startups we'll discuss here will be growing businesses beyond the early stage — the period before the company's product or service hits the market.

Now, let's get some perspective on what kind of prospects startups and large enterprises can generally sell to and what it's like to be a salesperson at each kind of company.

Who Can Each Sell To

When you're a rep for a large enterprise, the product or service you're selling will probably have some weight behind its name. Your company has most likely established a reputation as it has grown through the years. Many prospects will have already heard of your product or service and understand that a wide range of businesses trust it.

In B2B sales, mid-market to large customers generally have less room to experiment with newer, less tested products or services. They, themselves, are better-established and often have more to lose if their investments don't deliver the results they need. In turn, they're often more skeptical of newer, lesser-known products than smaller businesses.

That's not to say large corporations never sell to smaller businesses or startups never land deals with bigger ones — those are still real possibilities. But in terms of trends and capacity, large enterprises have a better chance of successfully selling to mid-market or large organizations than startups do.

Being a Salesperson at a Startup vs. an Enterprise Company

Larger enterprise companies are generally more structured than startups. At the very least, they're more well-established with a greater wealth of available resources for salespeople. They typically have more robust HR departments, allowing for more comprehensive, company-specific onboarding and training programs.

Large companies also usually have full customer support departments to back sales reps efforts by taking on the burden of customer service. These businesses often have better-tested sales processes, familiarity with sales methodologies that work for them, more thoroughly developed CRM systems, and stable management.

So naturally, sales reps at large enterprise corporations tend to have a bit more guidance in terms of how they're expected to operate.

Startups usually don't have that kind of infrastructure in place for sales reps — their sales teams are usually left up to their own devices more than their large corporate counterparts. If a startup is really on the ground floor, it's often on its sales reps to feel out the sales processes and methodologies that work best for them.

That uncertainty might be disorienting, but it's not necessarily a bad thing. Sales reps at startups often have more flexibility and room to grow as problem solvers as a result of their lack of more definitive guidance.

Being a salesperson at a large corporation is more straightforward than being one at a startup — especially if that startup is only just getting off the ground. Working for a larger, better-established company generally means having less responsibility beyond the context of your role.

That could be good or bad, depending on what you want out of a job. At a large corporation, you often have a more streamlined path to hone a specific skill set. You have fewer extraneous responsibilities and, in turn, more time to focus on your development as a salesperson.

Startups are often a bit different. You've probably heard the expression "wearing many hats" when it comes to working for a smaller company. If you haven't, the term essentially means consistently taking on duties outside of your typical role or department.

Startups — particularly early-stage ones — often lack the resources to keep individual employees in a single lane exclusively. They generally have more responsibilities to allocate across a smaller staff.

A sales role at a startup might not end up only being in sales. You might be expected to take on challenges and solve problems beyond your company's sales department — whether that be support, marketing, or any other aspect of the business that might be short-staffed.

No matter where you might land professionally — whether it be at a large corporation or a business just getting off the ground — you'll stand to learn a lot about sales and yourself.

You might find that the stability and straightforwardness of large enterprise life suits you best, or it could be that the dynamic atmosphere of the startup world speaks to you.

You'll never really know exactly what you'll get out of a sales role, but it's still important to have some concept of what it might entail before getting into it. Knowing the fundamental differences between sales at large enterprises and startups is a great place to start.