The Freakonomics Summary You've Been Looking For 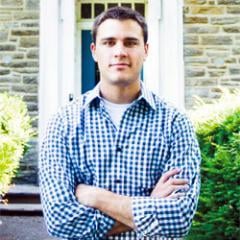 Written by Steven Levitt and Stephen Dubner, Freakonomics is the study of economics based on the principle of incentives. The book takes a novel approach to studying economics, sharing its most interesting research.

But every time I want a refresher on all things Freakonomics, going through all 400 pages is not an easy task.

So I made my own sparknotes version of it. Below is an excerpt summarizing the third chapter. If you find it helpful, grab the full PDF summary of all six chapters.

His analysis of the financial records of a the Black Disciples, a Chicago gang, proved that most street-level dealers earned far less than minimum wage. In fact, they earned an average of three dollars an hour. With this story, the authors introduce the concept of a "winner takes all" labor market, as well as three other Freakonomics concepts.

This describes a situation in which many laborers compete for a position in the market, but few actually succeed in finding employment. Those few who do are paid extraordinarily large salaries.

In the example of the Chicago drug gang, only 2.2% of the members earned more than half the profits. Levitt and Dubner refer to this labor market as a “tournament.” A tournament, of course, refers to a situation in which many players compete against each other and, one by one, are eliminated. Similar dynamics exist in music, sports and entertainment.

The example of the Black Disciples street vendors demonstrates an immutable law of economics: Whenever there are a lot of people willing and able to perform a job, that job doesn’t pay well. In a capitalist society, intense competition will drive prices down. If many people are able and willing to sell drugs for a gang, each person ends up competing with everyone else. This drives wages down.

Given the low wages and the fact that the chance of being violently and ignominiously murdered is one in four, why are so many willing and able to perform the job of dealing crack? This is because the winners in such a labor market are handsomely rewarded, and each budding drug dealer believes he or she can succeed.

The 32 Most Highly-Rated Sales Books of All Time

Own Your Process to Stay Out of the Procurement Pit