Listen closely and I'll tell you a tale
Of an epic and gruesome salesperson fail.
Heed my warning and you won't face doom.
When dealing with leads, don't ever assume...

Where it all began...

Once, I encountered an exciting lead that was a great for HubSpot. It seemed like the cards were in my favor that day... but I never suspected how horribly things could go. 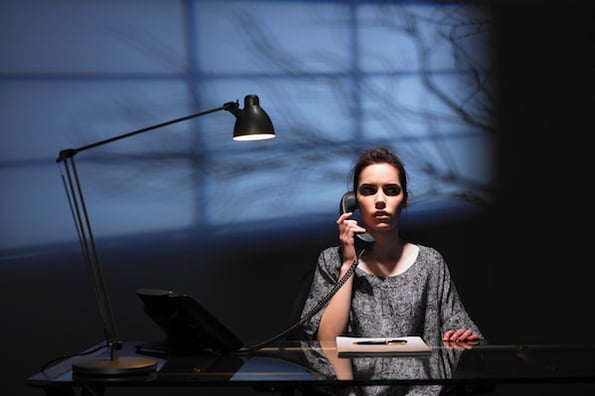 I called the company line and was greeted by a friendly woman who informed me that my prospect — let's call him Tim — wasn't in the office. When I asked about the best time to reach him, she kindly offered up a number I assumed was his direct line.

At this point, I was just starting out and forgot the Golden Rule in sales: "never assume."

Where it all went wrong...

I excitedly dialed the number and waited patiently to the ringing on the other end. Unfortunately, I got voicemail, and that voicemail uncovered the number was a personal cell number. It threw me off, so I decided against leaving a voicemail.

During my lunch hour, Tim called me back from his cell and didn't leave a message either. It was official: we were playing phone tag. This game is lighthearted when between friends or family members, but it can be extremely annoying when you have no idea who the other person is or why they're calling.

However, Tim's company was a great fit, so I opted to call him back on his personal line...

So there I was, sitting straight in my chair, ready for Tim and the chance to end this game of phone tag.

He picked up after only one ring and I jumped right into my explanation of why I was calling. I identified myself, told him how I got his number, and made a casual joke about playing phone tag.

Apparently, Tim did not think I was very funny — in fact, he immediately started yelling at me.

I spent about four minutes absorbing his rant about the absurdity of calling his personal cell and how I was "playing games" with him. He did not understand that the number was given to me by his office administrator — or even what "phone tag" was.

Eventually, I found the nerves to politely hang up and spent the next 10 minutes shaking and replaying the call in my head.

I certainly learned a valuable lesson from this sales horror story: Never assume and always leave a voicemail — that way, you'll cover your bases and avoid the potential for flip outs like this one.