How to Make Prospecting Calls When You Hate Calling 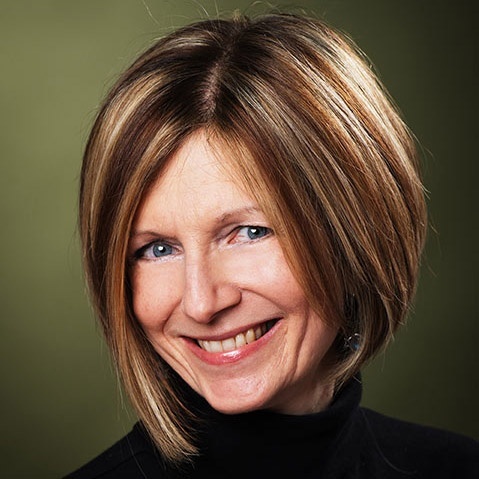 "But why do you want to join a sales boot camp? You hate calling!"

I have always hated talking on the telephone. Even as a reluctant child, writing thank-you letters after the holidays was a preferable chore to a simple call. Looking back, it still makes me shudder.

So, when I started my own business, I vowed never to make outbound calls -- I would wait until people contacted me.

For six years, that’s how I conducted my business. I waited for people to call or email me or fill out my website contact form -- whether they found me through organic search, referrals, or networking meetings. I got a fair number of customers that way, including two HubSpot retainers, and went from working by myself in a home office to a staff of four in our own office.

In 2016, we started following EOS (Entrepreneurial Operating System) and established firm business goals. It became apparent our growth was restricted since I wasn’t actively contacting businesses who obviously needed our help.

Then I lost a couple of clear opportunities because I relied on email when the competition was picking up the phone! Something had to change.

Connie Kadansky labels this type of behavior “sales call reluctance.” To overcome your reluctance, she recommends identifying your motivation for making calls.

Motivation was easy. With clear goals in place, the need for more customers to hit our EOS targets was obvious. But how … ? I still dreaded picking up the phone.

Not long after, I saw an email offering HubSpot Partner Agencies the opportunity to attend an eight-week sales pipeline boot camp with HubSpot sales director Dan Tyre. So I took my courage in both hands and signed up.

The training showed me that, while growing my business was an admirable objective, there was a better, far less altruistic motivator for making my sales calls.

Fear of failing -- or, more to the point, fear of coming last!

In Week Two of the training, I was told that I had to send the dashboard from my HubSpot Sales CRM to Dan and to Brian (my Channel Account Manager, or CAM) at the end of every week. The dashboard showed my activity, i.e. the number of calls that I was making.

I was worried I might not match up to the other people taking the course. My activity numbers and responsibility to increase them became the driver for my daily battle with the phone.

In Week Five, when I was beating myself up because I was falling behind some of the high flyers, who were closing sales, Dan surprised me by praising me to the group for the increase in the number of calls I was actually making. He explained that if you put the work in, ultimately, success will follow.

This reinforces Jeff Hoffman’s advice on addressing call reluctance as the manager of a sales team.

Jeff’s top tips are about focusing on the activity, not the outcome, and aiming for the most "nos" rather than the number of "yeses.” Both recommendations have worked for me.

Now I report the number of calls I have made each week to both my CAM and my employees. I even stuck a picture of Brian and Dan to my phone so selling is always top of mind.

The more calls I make, the better my rapport-building and qualification skills become. I noticed that, if I stop worrying about getting a positive outcome, I am less nervous. Ipso facto, the number of "yeses" for exploratory calls is improving already.

The big question is: Do I still have sales call reluctance? Honestly, yes.

But with the tools to hold a structured conversation and the motivation to pick up the phone, I am slowly getting a handle on it.

After going to the boot camp and using the techniques Dan teaches, I generated more than £10,000 of additional project work over the next quarter, and I have two potential HubSpot retainers still in play. If that’s not a reason for picking up the phone, I don’t know what is.

If someone like me can do this, I hope it gives you the confidence to push forward too.

Good luck, and remember to smile and breathe.

8 Powerful Phrases That Will Increase Your Influence [Infographic]