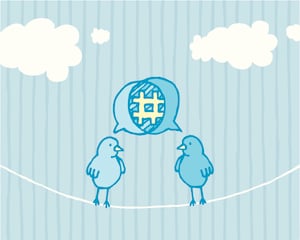 Social selling is one of the buzziest buzzwords in sales today. Searching for the hashtag #socialselling on Twitter turns up a mass of tweets from thought leaders, salespeople, and technology vendors. Very meta, social selling.

According to recent press, social selling is changing the B2B landscape, not going away, and has even been likened to the tactics of 24’s Jack Bauer. (It hasn’t been shown to cure cancer yet, but I’ve heard they’re working on it.)

But putting the hype aside, what’s the real value of social selling? Can communicating with prospects and customers via Twitter and LinkedIn actually translate into sales dollars or solve major process problems?

HubSpot’s own Danielle Herzberg, senior sales manager, put social selling to the test and found three clever and effective use cases for Twitter selling. In this SlideShare, she divulges her newfound #socialselling prowess.

How Twitter Can Solve 3 Major Sales Challenges #SocialSelling from HubSpot

And for you skeptics out there, Danielle is formerly of your ranks.

“I never believed in Twitter as a sales tool,” she writes. “But as soon as I did, I started seeing how it made my relationships that much stronger.”

What social selling tricks does your sales organization have up its sleeve?

What is LinkedIn Sales Insights? [+Could it Help Sales Teams?]

How to Find Leads Online