The following is an excerpt from the new From Impossible To Inevitable (2nd Edition), the hypergrowth bible of Silicon Valley, by Aaron Ross and Jason Lemkin. It’s republished here with permission. 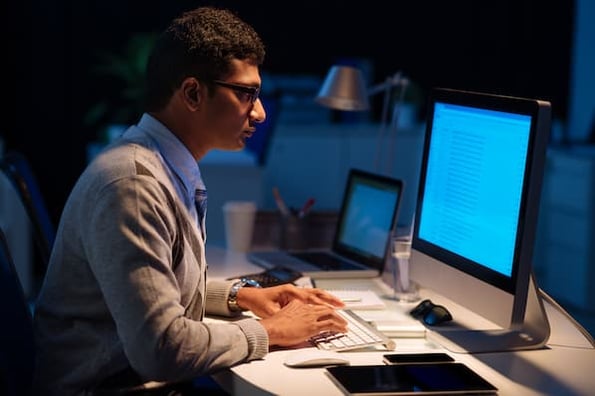 Mark Roberge learned a few things in helping HubSpot scale from $0 to $100M in revenue and from zero to 425 salespeople across multiple countries. What does he see as some of the biggest problems in sales teams and scaling them?

1. Where Can You Tie Sales Comp Plans to Customer Success?

The biggest problem Mark sees today in the sales world: sales doesn’t care enough about customer success. We talked earlier in the “Seeds” chapter about creating a dedicated Customer Success team, but how do sales comp plans affect customer success?

People talk the talk . . . but when push comes to shove, vanilla sales teams are going to do whatever it takes to close a deal, then collect a check, and let other teams pick up the pieces later. Can’t blame them. Executives -- and their bosses the investors -- expect and demand it, and it’s what salespeople are measured and paid to do.

To Mark, a root problem is sales compensation. Sales teams obsess 99% over their attention on contracts, revenue, and commissions, and what happens post sale gets crumbs.

Shelfware existed because a sales team would get a million-dollar deal done, then the client needed 18 months to implement it . . . and by that point, no one used it. This was an epidemic in pre-SaaS software (and still happens, even in SaaS).

The cloud/subscription model changed everything. It reduced the friction to implement software or move to a different vendor if one overpromised. By paying over time, software companies are incented to keep customers happy, rather than extract as much money upfront as possible. People understand this intuitively, but our sales compensation plans haven’t caught up.

Think about this scenario: you have two reps who both closed $1M in revenue this year.

If your compensation model is set up so that both of those reps are compensated the same, you’ve got a problem. Mark proposes incorporating a customer lifetime value trigger into your comp plan.

Churn and retention are the best indicators of customer lifetime, but they take too long to tie to your sales comp. Mark says to find an “aha moment” in your product or service that your customer completes in the first two months that flag them as an ongoing success. Pay the sales rep half their commission when they sign the contract, and half when that “aha moment” happens.

Some popular examples of how a company knew a customer would be successful:

In a role where success and failure are so easily quantifiable, having an annual performance review to decide on an annual percentage bump in salary doesn’t make sense. It provides little incentive for your top performers to push harder and doesn’t provide them a clear path to getting to the next level.

Instead, Mark recommends adding tiers to your sales roles -- each with clearly documented milestones to hit. Each milestone should have a sales component, a productivity component, and a customer lifetime component. If you hit all three, you get promoted to the next level.

You’ll notice that we did not include a tenure piece in the milestones. Mark’s best reps took seven months -- and some took 20 months -- to hit their first level up. It was all up to them.

The stars can level up faster without waiting for annual (or arbitrary) performance reviews for the next bump. Additionally, providing clear and public expectations gives everyone transparency into what management values.

Mark always involved the sales team in comp redesign. He started with a “town meeting.” After communicating the goals for the plan, he’d open up the floor to structural ideas. The brainstorming would begin. As the meeting progressed, he’d share some of the structures that were being considered and invite people to offer their feedback.

As a follow-up, he created a page on the company wiki, reiterating the reasons for changing the plan, stating the goals, and describing some of the structures that were being considered.

The conversation would then continue online with ideas and reactions. He responded to most comments and taking it online allowed salespeople to catch up on and participate when they had time.

Involving your reps in helping redesign their plans reduces comp plan change friction; They have a voice and can contribute concerns and ideas, it reduces surprises, and reps are pre-educated before a new comp rollout.

It’s not Mark’s advice, but this fits here. Do you know which of your salespeople are creating great customer experiences, and which ones are too aggressive or overpromising? (Remember: big megaphones.) If you can’t tie comp to an “Aha Moment,” maybe customers can rate your salespeople. After a string of painful SaaS buying experiences, Jason proposed . . .

Align your salespeople to the metrics of success that customers and management care about. Even with these examples, it will take creativity on your part, because sales teams and customers vary so much market to market. But do it and you’ll reap huge short and long-term rewards.

Topics: How to Motivate a Sales Team