Why RevOps Is the Answer to Your Compensation Planning Headaches 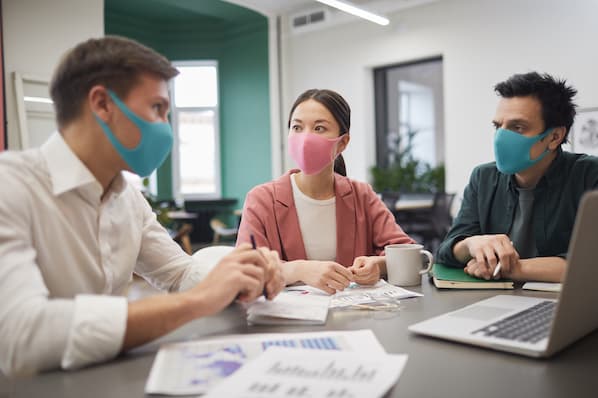 Creating the right compensation plan is one of the more difficult tasks you have to account for when building a sales team. If it’s too simple, you run the risk of missing some integral parts of your business, but the alternative might actually be worse. If you build a plan that's too complex, your reps might not understand it, or — worst case scenario — do the opposite of what you want them to do.

With so much room for confusion and error, it's easy for any company to drop the ball and frustrate its salespeople, making poorly-constructed compensation plans one of the main reasons why people leave sales roles.

If you want to construct a compensation plan that works for everyone in your sales org — from reps to upper management — you need to understand the main pitfalls companies tend to run into when putting their plans together and who you should tap to guide yours.

Here, we'll take a look at both of those key elements. Let's jump in.

The Major Causes of a Poor Compensation Plan

The first question a sales organization needs to answer is, "Who is going to build the compensation plan?" In organizations with less than $30 million in revenue, this task is generally assigned primarily to sales leadership — with some organizations entrusting it to revenue operations or finance.

Of those three options, revenue operations should be responsible for this crucial duty. And I’m ultimately here to make the case for that — but we'll get to that later.

First, let’s look at three major causes for a poor compensation plan that companies often run into when building theirs — all of which are underscored by a lack of data and insights.

1. Quotas are hard to generate.

Believe it or not, some sales leaders think that quotas are a waste of time. In their book, it doesn’t matter what figure you set, the reps will sell what they can sell. Whenever I encounter someone who feels this way, I bring up the story of the four-minute mile.

Until 1954, it was believed that running a mile in under four minutes was physically impossible. Some even thought that running at that pace would make your heart explode. Once Roger Bannister accomplished that feat, it unlocked the possibility for other runners. Since then, over 1,400 people have overcome this physical and psychological challenge.

What does this have to do with quotas? Well, whatever you set as a quota will be the benchmark for your reps. Imagine if the four-minute mile had been a four-and-a-half-minute mile. Everyone would have been convinced that was the peak of human running and set their minds on that metric.

If your quota is too low, people will aim for that as their goal and you could be missing out on additional revenue. If you set the quota too high, your reps will see it as entirely out of touch with reality and instead be comfortable missing quota regularly.

So how do you build a Goldilocks baby bear "just right" quota? There are two ways I’ve seen success with, and it depends on how much historical data you have. If you’re going into it with a ton of historical data, you can decide what percent of your reps you’d like to hit quota — opinions typically range from 60% to 90%.

Then you can look at your sales over time and see what quota would have had your reps attaining at that level. The second option is to take a rep’s on-target earnings (OTE) and multiply it by some factor to find their quota. The SaaS industry rule of thumb for new business sales reps is five times that figure, but this changes based on factors like revenue, industry, or role.

2. There's often a lack of clarity around company goals.

This often boils down to the way the compensation plan is built and how it aligns with the company goals. In these examples, maybe Product X is a lot easier to sell and comes with a higher commission rate than Product Y.

A common mistake is that the comp plan pays based on annual recurring revenue (ARR) — but two-year deals come with an automatic discount, meaning reps get paid less for a two-year deal than a one-year deal.

When building comp plans, it’s important to ask, "Does this align with our company’s goals?" And, more importantly, you need to know what those goals are. The sales leader might have one idea of the company goals while finance has an entirely different goal and marketing has a third goal in mind.

Okay, so once you do have a good quota built out and it aligns with company goals, you have to come up with the right structure. You also have to make sure you balance a comp plan that achieves those tasks without being fifteen pages long.

No one should have to be a Ph.D. to understand their comp plan. Ask yourself, do you need to compensate differently for different products? If there's a huge disparity in sales among your different product lines, the solution might be in a varied commission rate.

If you’re already seeing good sales across business units, keep the rate the same. If you see fairly stagnant results across your reps, adding an accelerator might encourage overperformance.

What about different commission rates for different industries? For some companies, a customer is a customer regardless of industry, size, or location. There’s no big difference in retention rates, expansion rates, or onboarding time.

However, if you know that a SaaS company with more than a thousand employees is four times more likely to renew or expand, should you compensate your reps more for signing a contract with one? It seems like a solid idea — but again, you need to balance that with other factors in the plan.

One thing you might notice about each of these problems is that they share some common themes — information, data, and insights. To set the right comp plan, you need to have a firm understanding of every facet of your business. Without that understanding, you’re just guessing. And guessing leads to mistakes.

So, what’s this about Revenue Operations?

At the risk of giving away my big finale, let’s take a moment to talk about Revenue Operations (or RevOps for the cool kids). What is RevOps? RevOps is the union of several organizations within a company that — while powerful on their own — become one of the key factors in a high-growth business when combined.

When operations professionals are unified as a single revenue operations team, they gain the ability to automate repeatable processes, provide a single source of truth on data, and work proactively on strategic, innovative ideas that can help their company grow better. The result is less friction for internal teams and less friction for customers.

And when unified RevOps teams are equipped with a powerful, easy-to-use system (such as the HubSpot CRM platform, which now includes Operations Hub), they become empowered to assume their rightful place at the forefront of the customer experience.

As you can see, a well-built RevOps team is more than the sum of its parts. Not only does it help your company run more smoothly, but it also helps you make better decisions — like how to build a solid comp plan.

Why RevOps Should Own Comp Plan Design

Knowing what we now know about compensation plans and how they can go wrong, it seems inevitable that the RevOps function would be the best fit to design a good comp plan for an organization.

The other two main departments that are traditionally responsible for building out compensation plans — finance and sales leadership — are operating without the whole picture. With missing data comes under-informed decision-making.

Within the revenue operations team, you have each of the core components covered to have all the relevant data for a stellar compensation plan. Sales Operations has historical sales data, allowing you to build a realistic and growth-oriented quota.

Customer Success Operations has the knowledge around which types of customers are your most profitable, least likely to churn, and best for the company — allowing you to compensate on the right types of deals.

And Marketing Operations has the company’s holistic direction in mind, granting you the ability to build a future-proofed plan. Not to mention the fact that good marketing operations is closely aligned with product marketing for forward knowledge of product launches and improvements.

By taking each of these different skills and knowledge and putting them under one roof, your comp plan will be a driving force behind your company scaling better, faster.

And finally, once your comp plan is built out, you’ll need a way to track commissions. QuotaPath integrates seamlessly with HubSpot to automate commissions for reps, leaders, and (of course) RevOps, leading to a more aligned and connected revenue culture.

Why Process Strategy is Key for Sales Ops Success

The Ultimate Guide to Operations Productivity: What It Is and How to Measure It

What is a Chief Revenue Officer? & How to Become One, According to Experts