3 Sales Emails That Actually Worked on a CMO

As CMO of a technology company, I get a lot of emails from salespeople. A lot.

Salespeople must navigate through all this noise to get my attention.

I used to be a salesperson myself, so I understand the challenge they face and the fact that they are doing their job. Perhaps for that reason, I decided it would be interesting to take a step back and look at the emails that successfully provoked a response -- as well as those that failed.

The distinction is staggeringly simple.

The Emails That Worked

Let’s kick off with three emails that got my attention and tickled my fancy enough to read, reply, and give the salesperson the meeting they were after. 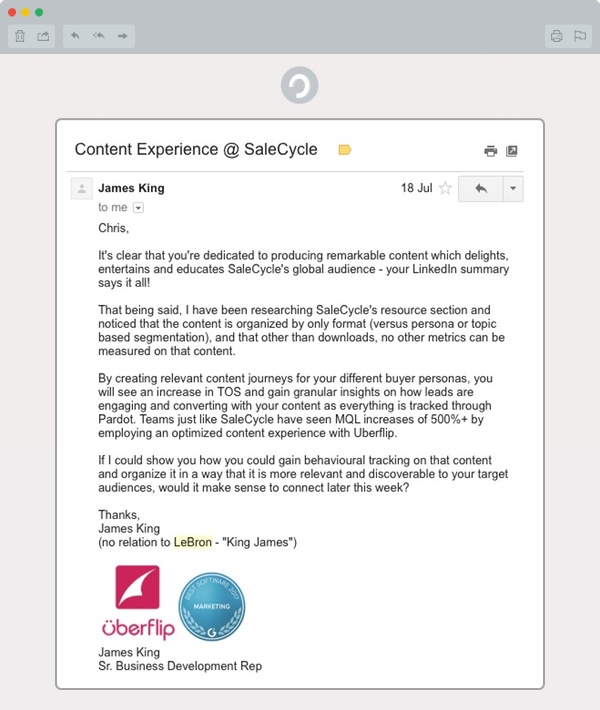 James had my attention from the first paragraph which repeated back verbatim what I have in my LinkedIn bio. It’s a pretty simple idea but effective in immediately proving to me that this isn’t just another automated email -- it’s one written personally for me.

James then explains what his company can help us with (our content journeys), proves he’s researched the tools we use, and requests a meeting. 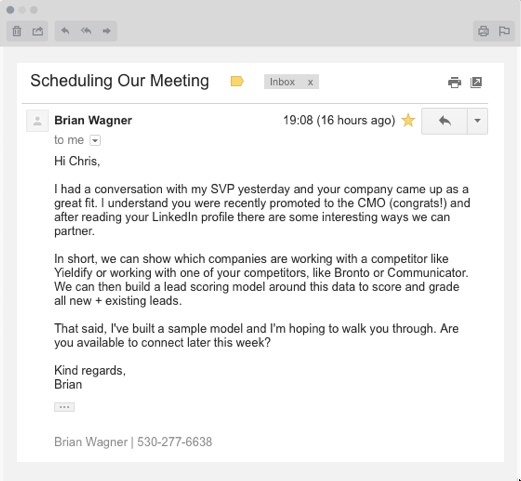 Just like James, Brian cuts right to the chase and quickly demonstrates this email is personal to me -- not a clear copy-and-paste job. The old saying “flattery will get you nowhere” might be true in some cases (see many a failed date in my youth), but in the context of a sales email it’s a great way of proving that you’ve done your research.

Flattery aside, Brian compelled me to act by name dropping competitors in our space currently using his company’s technology to do their lead scoring. I’d not be doing my job at this point if I didn’t at least take a look to see if there’s something our competition is doing that we could be leveraging. And so I did. 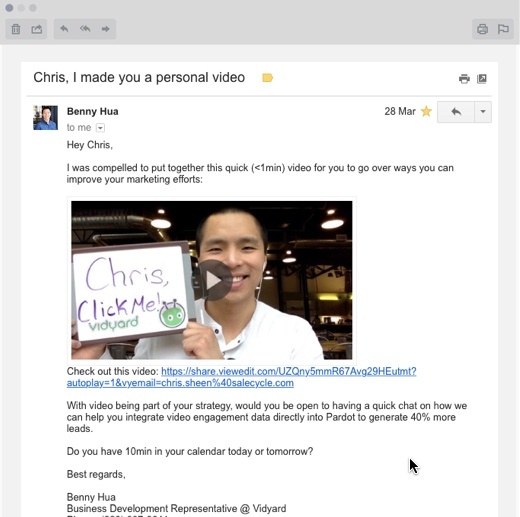 Video messages (a.k.a. video voicemails) are still rare enough to stand out in the inbox, which is exactly what Benny and his personalized thumbnail image did.

The email is short, clean and simple -- referencing the tech we use, the value his company can add (more leads), and of course emphasizing the importance to watch the video.

Importantly, the video itself was personalized -- revealing some interesting stats about our YouTube channel -- and short enough to drive action.

The Emails That Didn’t Work

Now for the emails that didn’t get me to bite. 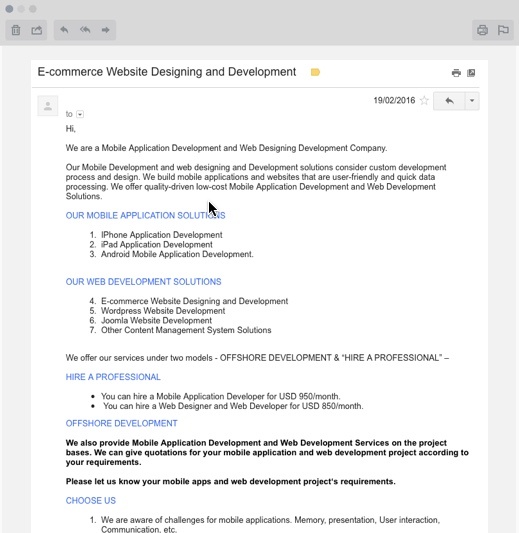 This email is too darn long. During a busy work day I’d be half tempted to delete an email like this from my wife (only joking darling!) Of the sales emails I receive, excessive length is probably the most common mistake.

It’s also clearly either copied-and-pasted or automated -- so not unique in any way to me -- but even if it was the most delightful personal email of all time, it’s highly likely it would already be in the trash can after I’ve dismissed it on the assumption it was simply too long to be personalized. 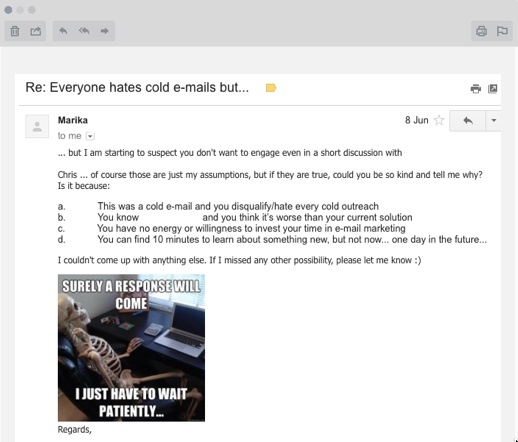 There’s a few things I don’t like about this email. First, it’s too apologetic. From the subject line to the meme, the tone is one of desperation. That’s far from the best way to start any business relationship.

I’m also not a fan of the “choose one of these options” approach as it’s very much for the benefit of the sender. A sales email should always benefit the recipient (and more than just “less emails from me!”) 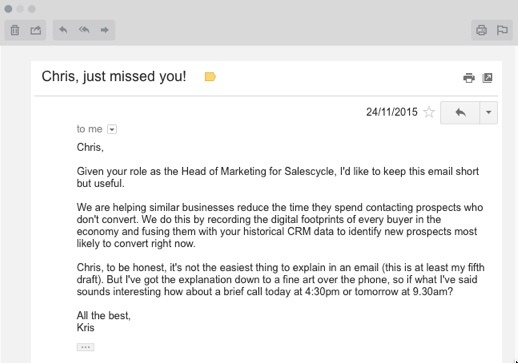 Now, I’ll admit that this one is tad harsh. Our company name is regularly misspelt with that evil extra ‘s’ in the middle of “ SaleCycle,” but I use this example to illustrate the importance of checking your facts, spelling, and grammar before sending an email.

A sure-fire way to start the relationship on the wrong footing is spelling the prospect’s name wrong (or getting it wrong completely -- it happens!), stating an incorrect fact, or using clumsy grammar.

I promised at the beginning the truth was “staggeringly simple,” and I think it is.

The major difference between the folks who got a response from me and those who didn’t? They took the time to make their email personal.

The problem about focusing too much on your value propositions, smart one-liners, elevator pitches, and so on -- they are all about you.

The second you think about the recipient, it gets decidedly simpler.

There are several golden rules that will help you get a response from me -- and I believe would work equally well on like-minded people:

Feel free to drop me a note at chris.sheen@salecycle.com if you want to try out your approach on me.