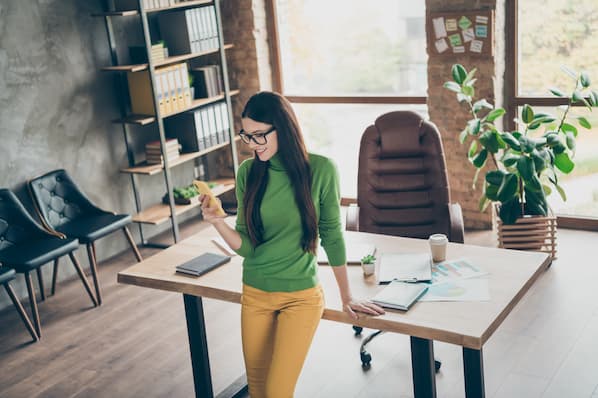 This piece is the single best article you will ever read about anything. It contains mind-blowing facts, enthralling references, and the most compelling examples you've ever seen. It's about a subject so interesting and important that you should drop everything you're doing and thoroughly pore through every word.

This is a captivating, next-level, otherworldly blog post that will enrich your life and open your mind. This is the definitive documentation on the topic of sales puffery — how businesses leverage lucrative exaggeration.

Here, you'll get the most incisive definition of the term available, riveting examples of the process in practice, and an astute analysis of its difference from false advertising.

Prepare to see the world in a new light. Enjoy, and you're welcome.

Sales puffery is the use of hyperbole or braggadocious exaggeration when promoting a product or service. It encompasses statements that can't be proven wrong objectively and aren't misleading. Advertisements vaguely framing products or services as being 'the best' or 'perfect' are usually considered sales puffery.

Sales puffery is more or less exactly what it sounds like — the process of "puffing up" a product or service for sales purposes. It's a matter of leveraging extravagant, outlandish language to capture consumers' attention.

Sales puffery can be powerful when leveraged properly. For the sake of example, let's imagine a reality where I run a chain of steakhouses called J-Bone's Steaks. I'm looking to put together the right slogan, and after weeks of careful consideration, I narrow down my choice to two options.

The first one is, "J-Bone's Steakhouse — A place for tasty steaks."

The second is, "J-Bone's Steakhouse — The tastiest steaks in town."

Which one is more compelling? I'd say the second, and I imagine you'd agree. This is an instance where sales puffery might be the way to go. It gives some extra oomph to the slogan and can garner interest without being too imposing or setting unreasonable expectations.

If the slogan were something like, "J-Bone's Steakhouse — We literally have the best steaks you will ever taste in your life. I swear on my future children that these steaks will blow your mind. Our steaks are so good they will ruin all other steaks for you forever. If Zeus ate steaks, he would eat our steaks exclusively," my restaurant might be taking sales puffery too far.

Consumers will have a hard time believing that kind of promotion, and unless my steaks were actually ambrosia, I'd probably let some of my potential customers down. The main takeaway here is that sales puffery can be a good thing, but it has to be tempered. You can't let it get away from you and set standards that are just way too outlandish.

Sales puffery is a relatively common tactic used by all kinds of businesses. Here are some examples of it in practice.

Companies are allowed to leverage sales puffery all they want, but they have to be careful. If they take it too far or don't abide by certain rules, they can be taken to court for false advertising.

There have been some notable lawsuits about the distinction between sales puffery and false advertising. Here are two of the most prominent examples.

In the early 90s, Pennzoil, a motor oil manufacturer, ran a series of television commercials featuring professional athletes and race car drivers. In these advertisements, Pennzoil claimed their brand "outperforms any leading motor oil against viscosity breakdown." Castrol, a competitor, took issue with the claims and sued Pennzoil for false advertising in 1992.

It was a bold statement by Pennzoil, and unfortunately for the company, it could actually be tested. Castrol conducted a series of independent, industry-approved laboratory tests to challenge Pennzoil's claims. The tests revealed that Castrol motor oils equaled or exceeded Pennzoil's products according to every industry standard of viscosity breakdown

To add a little more salt in the wound, the tests also revealed that two of Pennzoil's three leading brands of motor oil couldn't even pass the most demanding industry-standard test of viscosity breakdown protection.

Pennzoil contended that its claims were just puffery. The company argued that its campaign only touted general claims of superiority. It suggested that the idea that it outperformed other oil brands wasn't meant to be taken objectively and couldn't mislead consumers into buying its product.

Unfortunately for them, the court disagreed. It deemed that Pennzoil's claims were too specific and actionable to be taken as sales puffery. That perspective — coupled with verifiable evidence that the company's claims were objectively false — led to a ruling against Pennzoil.

In 1996, pizza chain Papa John's adopted the slogan, "Better Ingredients. Better Pizza." It was a bold claim that didn't sit well with some of the chain's competitors — namely Pizza Hut. And in 1997, Papa John's stoked that anger a bit more with a campaign specifically targeting the quality of Pizza Hut's pizza.

Well, shortly thereafter, Pizza Hut decided it had had enough and took Papa John's to court over its slogan. Pizza Hut said its claims that it had "better ingredients" and "better pizza" both constituted false advertising. They suggested those were objective claims that Papa John's couldn't prove to be true. Unfortunately for "The Hut", the court determined the slogan was just puffery after a few years of litigation.

The idea that Papa John's has better pizza is just that — an idea. It's not presented as an objective fact that consumers would rely on to inform how they choose their preferred pizza chain. It's not deceptive or misleading.

Was it kind of obnoxious? Sure. Was it rude? Probably. But the pizza chain game is dog eat dog, so a braggadocious slogan wasn't considered outlandish. And ultimately, the sentiment it pushed was too general to be considered anything but sales puffery.

Here, we'll look at three advertisements for a hypothetical dog food company. Each one represents a varying degree of misleadingness — from clear puffery to presumptive false advertising.

This example is clearly sales puffery. The statement is vague enough to not be taken seriously. Very few people — if any — would take this advertisement as a literal fact. In this case, the term "smart" doesn't represent anything objectively verifiable and is hardly misleading.

This example is a bit more ambiguous than the previous one because of the inclusion of the word "literally." Still, it's hard to verify a dog's intelligence, and most reasonable people probably wouldn't take the claim the ad makes seriously. It's in murkier territory than the previous example, but it might be hard to argue that this ad constitutes false advertising.

This one could very well constitute false advertising. It explicitly and adamantly makes a claim that could mislead people and is easily disprovable. It sets clear, measurable standards. It can be shown that dogs don't learn how to do taxes as a result of eating this dog food. It sets false expectations in the interest of selling something.

Now, this example is deliberately outlandish for comedic purposes and a reasonable person might not take it seriously. But the principles that could make this advertisement cross the line from sales puffery to false advertising are still here. The ad makes an explicit promise. That promise can be clearly proven to be false. And people might buy this product assuming the promise is true.

Sales puffery can be incredibly useful. It can make your sales strategy and messaging that much more compelling, but you have to be careful with it. If you leverage it incorrectly, it could come off as cheap or too in-your-face, and if you take it too far, you could face legal action. The key is restraint and careful consideration.

You want your sales puffery to be the best it can be. That takes thoughtfulness and finesse.