The Majority of Salespeople Are Looking for a New Job [Infographic]

A sure sign of economic recovery? Rather than clinging to their jobs for dear life, people are re-launching their career searches in a big way. 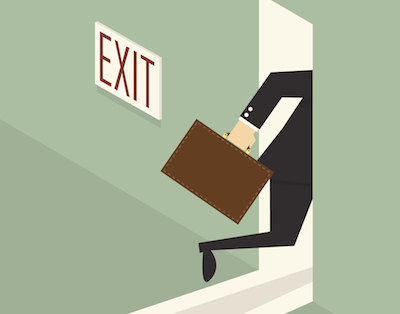 According to a recent infographic from employer review site Glassdoor, salespeople are aggressively scouting the market for greener pastures. Of 1,000 salespeople surveyed, more than 68% plan to look for a new job in the next year, and 45% plan to look in the next three months. Just one in five -- 19% -- were sitting tight with no imminent job hunt plans.

To Craig Rosenberg, cofounder and chief analyst at TOPO Inc., these numbers aren’t so shocking.

“The market is so hot right now in sales. Salaries are inflating, and every month, there is a new ‘big thing’ that is hot and scaling and has ping pong and beer on Fridays,” he said. “Every salesperson I know that hits their number is getting recruited.”

"This is a competitive market place for top sellers and I think it’s smart of them to be considering their options," she said. "Remember that just because they are looking does not mean they will leave their current job."

The top three reasons that would cause a salesperson to look for a new job were salary and compensation, career growth opportunities, and company culture, according to the infographic. Rosenberg said growth potential is somewhat of a predicament in sales.

“It's an interesting problem. There are lots of salespeople and few managers so their internal growth opportunities are limited,” he said. “I have met lots of salespeople who want to do a career change but then do the math on what they made with their biggest W2, and have trouble making the jump. That leaves them to try to advance, and in many cases, if they feel like they hit a wall, they have to jump.”

"While a high percentage of sellers will always state that they want 'career growth,' few are actually suited for sales management. I am convinced that most sellers don’t truly understand what the best career growth is for them," she said. "Smart companies, who want to keep their best sellers must provide career growth options that are not only management focused. New challenges, territories, and sales positions can be created that are challenging and inspiring to those that want to stay in sales."

As for culture, Rosenberg had four suggestions for how sales leaders could improve their team dynamic: more fun, better enablement, more clearly connecting individual roles to the company’s mission and recognizing the importance of employee contributions, and increased transparency.

To the last point, Rosenberg said, “Salespeople feel left in the dark, and I agree with them. It seems like every sales rep I talk to just wants to know what is going on.”

Francis recommended showing low performers and "toxic personalities" the door sooner than later to address culture issues. "Not only are they a drain on revenue, their bad attitude breeds like a virus in the organization creating a horribly diseased culture."

A final eyebrow-raising stat concerned the average tenure of a salesperson’s stint at a single company: 35% of respondents stay 3 years or less. But Francis pointed out that this isn't necessarily a bad thing.

Have you seen an uptick in involuntary turnover in your sales force?