Sandbagging in Sales: What It Is & Why You Shouldn't Do It

Exceeding expectations is always gratifying. The idea of beating the odds and impressing someone who "didn't think you had it in you" is the stuff of starry-eyed daydreams. 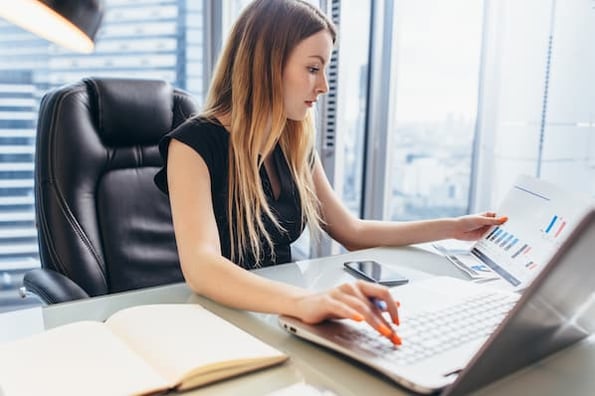 We all root for the rogue cop who doesn't play by the rules but still saves the day.

Everyone loves the undersized kid on the football team who catches the game-winning touchdown.

Everybody is moved to tears by the junior in high school who passes the national standardized physics test for college credit even though this teacher — Mr. Burns — had him hang back after class to tell him he probably shouldn't take it because even though he's "probably pretty bright," he "doesn't exactly have a physics brain."

Yeah, those are three tales as old as time that bear no personal significance to me at all, whatsoever — all of them united by the appeal of powering through adversity and doubt. And that concept is particularly pertinent in sales.

Every salesperson wants to shatter their forecasts, and there's a strategy that can help them do just that. That practice is known as sandbagging — a popular, controversial method for managing and exceeding expectations in sales.

Here we'll get a picture of what the practice is, when you might be tempted to leverage it, and how it might adversely impact sales teams' operations.

Sandbagging sales is a practice where a salesperson slightly holds back their deals to undermine their forecast and lower management's expectations. They ultimately close or report those deals later on — typically to give the impression of overperformance.

Sandbagging is a matter of underselling a deal's potential. That might mean carefully lowballing aspects like a prospect's probability of closing, underreporting the amount of revenue a deal might generate, or prolonging the period before a deal closes.

The key to successfully engaging in the practice is being conservative with what you choose to withhold. If your approach is too aggressive or outlandish, you might be found out and wind up in some hot water.

For instance, let's say you have a deal that could generate somewhere between $20,000 and $30,000 in revenue, and you decide to sandbag by lowballing the potential value of the deal.

If you wanted to do so carefully, you would forecast the deal's potential revenue at that $20,000 floor. You wouldn't want to forecast the deal at $5,000. That would be obviously deceitful and might prompt management to take a good, hard look at how you're conducting your sales efforts.

Another example could be a salesperson — who already hit quota for a quarter — pushing out a deal's close date a few weeks to get a jump start on the following quarter's goals. If they were to hold off a deal for an entire quarter, they might run the risk of losing out on it entirely.

When You Might Be Tempted to Sandbag in Sales

1. When You Want to Take Some Heat Off of Bigger Deals

As you can imagine, bigger deals tend to command more attention than smaller ones. They turn more heads — specifically when it comes to upper management.

In some cases, those extra eyes can put more pressure on you than you might be comfortable with. If you struggle under that kind of stress, it can help to keep those deals under wraps or hold them off for a while.

2. When You Want to Conceal Particularly Risky Deals That Could Inflate Expectations

Let's say you have a potential deal in the works that you — based on experience and general intuition — don't think will close. If management finds out about this business opportunity, they might expect you to deliver on it, setting expectations that you don't think you can meet.

By not reporting those deals, you're giving yourself a cushion. Instead of being cornered into making promises that you don't think will come to fruition, you're giving yourself the space to lose out on unreliable business without attracting attention. And if you do manage to land those deals, you can pleasantly surprise management without the pressure of their expectations.

3. When You Want to End Your Current Quarter Strong

This might be the most conventional application of sandbagging. The core principle of the practice revolves around under-promising to complement overperformance. You could either accrue and not report some deals over a quarter or drum up some surefire business without closing right away.

In keeping those deals under the radar, you might lower expectations and help create a more forgiving forecast. Then, once the quarter is coming to a close, you close or report those deals to exceed projections and go out with a bang.

4. When You Want to Carry Momentum into the Next Quarter

It's always nice to come out of the gates firing on all cylinders. Starting a quarter with some solid deals behind you can set a good tone for the next few months to come. Sandbagging deals can provide you with some sources of momentum, going forward.

This point is particularly applicable if you've already hit your quota for the current quarter. If you've already made good on what's expected of you, it might make sense to hold off on closing or reporting deals that will mean more in the future than the present.

Why Sandbagging Is a Bad Idea

In a perfect world, every salesperson would work to the best of their ability without question or compromise. But "perfect" isn't real, and salespeople are only human, so there's bound to be some degree of lag in some of their efforts, every now and then.

Sandbagging is an example of that lag in motion. It can certainly be convenient for individual salespeople, but when an entire sales team is doing it, it undermines that team's overall performance.

Despite sandbagging's popularity across virtually all levels of a sales organization, sales managers need to stay on top of it. Sandbagging can undermine your team's numbers and potential productivity, so it's best practice for management to not let it run rampant.

There's a variety of software available to help track and prevent potential sandbagging. Applications like QuarterOne and MoData provide automated forecasts and clearer visibility into your team's sales efforts.

And platforms like Brainshark and SalesScreen have features like scorecards for salespeople and leaderboards to hold reps accountable and keep them motivated.

Ultimately, sandbagging is a fairly useful technique for individual sales professionals — one that has negative implications for a sales team when everyone is doing it.

Whether you engage in the strategy is up to you, but you need to understand that doing so hurts both your team's performance and your potential as a sales professional. And if you're in management, it's in your best interest to carefully monitor and crack down on the practice.