“Consulting” can seem like one of those vague, catch-all buzzwords that people throw around without pinning down exactly what it means ... probably because that’s exactly what it is. 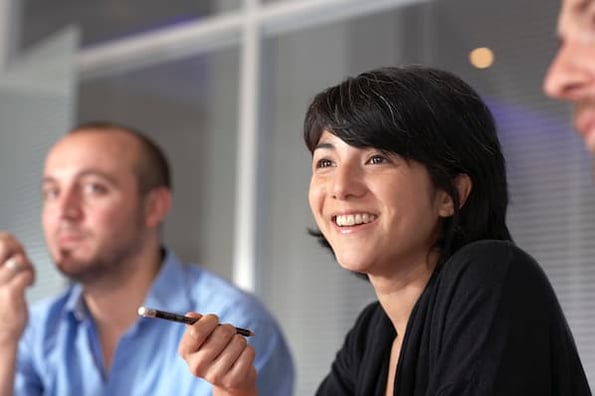 “Consulting” is a relatively vague concept, and there are a lot of words you can put before it to give it very different meanings.

In this article, I’ll explain the differences between these two kinds of consulting and give you a picture of how each would handle a specific scenario.

Management consulting is an overarching term that encompasses the practice of third parties providing expert advice or guidance to a company’s leadership to improve its overall performance. Strategy consulting falls under that umbrella. It’s a subset of management consulting where consultants provide industry-specific insights and actionable strategies to deal with individual business and management challenges.

For the sake of this example, imagine a chain restaurant called “Broohaha's.” It’s a sit-down place you’d find in a strip mall or off the side of a highway. The aesthetic looks like something a rodeo clown would put together, and it’s lowest-calorie meal is a fried chicken salad.

For the past few months, “Broohaha's” has been in absolutely dire straits.

Their last marketing campaign revolved around ads featuring the guy from Full House that isn’t John Stamos or Bob Saget yelling the names of different wing sauces directly into the camera for a full minute. Unfortunately, consumers weren’t as receptive to it as the franchise had hoped they’d be. They lost a lot of money without much return.

On top of that, it’s starting to look like former regulars are finding the restaurant’s campy aesthetic and unhealthy menu dated and unappealing. Plus, wait staff and line cooks are saying they’re underpaid and overworked. Corporate is also receiving constant complaints about its restaurant managers’ lack of leadership skills.

With all of this mismanagement and incompetence compounding on itself, there’s a very real possibility the franchise is going under. And its entire legacy will probably be just randomly crossing people’s minds every now and then and making them say, “Remember Broohaha's? I went there after a soccer tournament once as a kid. That place was mediocre.”

The chain has found that bouncing ideas off of the same people in the same boardroom isn’t working. They need something different. In order to stay above water, there’s a good chance they’d reach out to a consulting firm.

Here’s how different types of consultants would approach this dilemma.

What would management consultants do?

Say the restaurant opted to reach out to a management consulting firm. After getting the call and coming to the corporate office, the firm’s consultants would take a holistic look at the company’s entire operation.

They would probably identify the key components behind the company’s most pressing problems. The term “management consulting” is broad, so those issues could come from anywhere in the organization, from HR to finance to IT to marketing.

Management consultants would try to address concerns from any of the departments and offer insight. Ideally, that insight will either include actionable solutions or contain astute advice that could lead to some coming together eventually.

In this example, they might recommend the possibility of creating a healthier menu or embracing a new aesthetic based on existing market research or entirely new market assessments.

They may look into the company’s HR department to help see if they could recommend ways to improve restaurant managers’ training.

A management consultant would also probably take a look at the companies marketing efforts and offer some educated, professional takes on what they could be doing better.

Odds are they wouldn’t tell the company to double down on the Full House guy.

They would also take a look at how the budget is being allocated. They might be able to offer some recommendations about how Broohaha's could move money around to pay their workers higher wages.

Ultimately, the sum of all these factors would likely drive what’s known as an “organizational change.” Which is exactly what it sounds like — a fundamental shift in how an organization operates. The management consultants would help facilitate this process by offering their advice, guidance, and objective opinions on what Broohaha's should be doing across the board.

In short, management consultants would draw on their extensive professional experience, business acumen, understanding of different business methodologies, and problem-solving skills to remedy as many of Broohaha’s issues as possible.

What would strategy consultants do?

Broohaha's might hire a strategy consultant to help them address their poorly received marketing efforts. In that case, the consultant would allocate all their energy, effort, and expertise to ironing that issue out over the timeframe that Broohaha's paid for.

They’d likely perform tasks like conducting extensive research, reaching out to consumers for interviews and surveys, gathering and analyzing data, and testing hypotheses in order to come to a conclusion that could serve as the basis for Broohaha's long term marketing strategy.

And in all likelihood, it’s not going to involve a screaming Dave Coulier (that’s the Full House guy’s name; I looked it up.)

The point is, the strategy consultant would probably hone in on a single, pressing management issue and do everything in their power to address it.

Access 8 templates for consultants in The Complete Consultant's Success Kit.