How to Use Suggestive (Add-On) Selling to Drive Bigger Deals 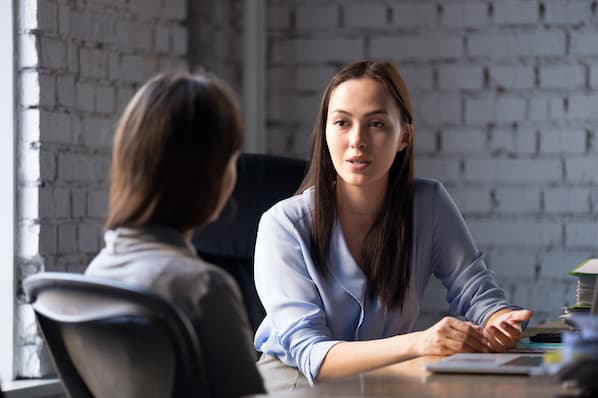 Upselling is a skill every sales professional should have in their repertoire. Having the charm, empathy, and quick thinking to consistently get extra mileage out of deals is a hallmark of a particularly savvy salesperson. But does upselling always look the same? Is there some definitive model of the concept?

Well, not really. The process can take on several forms that vary according to how, why, and where the deal is being conducted.

If you're in retail or ecommerce, upselling can be less overt than it might be elsewhere. In those cases, you probably won't explicitly push your prospects to buy additional products or upgrades.

Instead, you might need to upsell your prospects without them even realizing it. That process is known as suggestive selling, and even if you don't sell in one of those forums, it's still a concept worth having a handle on.

Let's jump into a more in-depth explanation of the process and take a look at some techniques and examples to reference when conducting your suggestive selling efforts.

Suggestive selling — or 'add-on selling' — is a sales practice most commonly associated with retail and ecommerce. It entails a business or individual salesperson guiding a prospect to buy specific or additional products through personalized recommendations or subtle persuasion.

Suggestive selling is essentially a brand of upselling with an emphasis on subtlety and psychological strategy. When done right, the practice can lead customers to buy up without overthinking their additional purchases.

The operative word in the term is "suggestive." The process isn't rooted in explicit pitches or aggressive pushes. It's about setting prospects on a specific path and letting them make their purchasing decisions along it — strategically showing them the additional options you'd like them to choose so that they're more likely to tack them on to their ultimate purchase.

It's a relatively common practice that can take on several forms, and if you've ever visited a retail outlet or an ecommerce site, you've likely encountered at least one of them. Here are some of the most effective techniques associated with the practice and some suggestive selling examples to illustrate them.

One of the better ways to quickly upsell a customer that seems open to spending a bit more or ambivalent about one of your lower-priced offerings is to let them know about higher-tiered options that are on sale.

Let's say you're working on the sales floor at a hardware store. You're talking with a prospect about a circular saw you're selling for full-price at $149.99. They're interested in the product, but they indicate that they're looking for a saw with exceptional longevity, available at a reasonable price point.

Your hypothetical hardware store also offers another saw for $199.99 (down from $299.99) — one that's notorious for its durability. In this case, you could mention the higher-priced product, stress its specific value and ways it suits your prospect's needs, and let them know it's available at a reduced price.

In doing so, you'd cover two of the most fundamental tenets of a successful suggestive selling effort — conveying legitimate value and adding a psychologically persuasive edge. Your prospect would see a product that thoroughly suits their needs with some extra incentive to favorably shape their perception of it.

This strategy is particularly pertinent to and effective in ecommerce. Customer reviews have become a staple in the modern consumer's decision-making process. The quality of a product's reviews can make or break its sales potential, so it serves you to project positive reviews when you can.

Including product reviews on your ecommerce site can supplement your suggestive selling efforts. A series of positive reviews could give a potential customer browsing your products that extra push to purchase — even if they hadn't planned on buying a specific product in the first place.

Here's an example from Wayfair — an online furniture marketplace:

It's important to note that displaying reviews might not always help your case. As I said, the quality of a product's reviews can make or break its sales potential. That's why this suggestive selling technique hinges almost entirely upon the quality of your offering. If you plan on leveraging it, you'll need to have considerable faith in your product or service.

3. Juxtapose complementary products against one another.

Showcasing a specific product provides an excellent opportunity for some subtle, effective suggestive selling. Many — if not most — of your offerings can be enhanced by other products you have in stock.

It's common practice to flesh out a product display or pitch with other items that can potentially support it. If you're interested in employing this technique, make sure you're picking relevant complementary products that support and contribute to your overall value proposition. Amazon's Frequently Bought Together function is a solid example of the strategy.

Let's consider another example. Say you run a furniture retail outlet. You've recently brought in a shipment of portable, folding desks, and you're deciding how to best display them. What kind of arrangement would generate the most revenue for your business?

Would you just set a desk up on its own? Or, would you support it with complementary products like a desk lamp and office chair that your store also carries? If you were interested in implementing a successful suggestive selling strategy, you'd probably choose the latter.

Always look for opportunities to prop up your offerings with complementary products. But be careful. If you're too overt or aggressive in promoting these unofficial bundles, you can give the impression that the products you're pushing lean too heavily on one another and turn prospects off.

In retail, it's generally considered best practice to greet incoming prospects. It adds a human element to your sales process and lets them know they have the space to ask questions or raise concerns. So the question behind this point isn't a matter of if — it's a matter of how.

Prospects can easily brush off a single, ambiguous, open-ended question like "How can I help you today?" In many cases, prospects coming into your store don't have a definitive idea of what they want, or they have a general product in mind without knowing a specific brand.

Directing them to a specific — typically new — product can be a more effective means of guiding their shopping experience and selling suggestively. For instance, say you're a salesperson at a fishing and outdoor recreation supply shop. You recently started carrying a new four-person tent that sells at an exceptional profit margin.

You have a prospect come in. They say they're looking for a tent for their family's next camping trip. Instead of directing them to the tent section and letting them wander, take them to that specific tent and explain its specs and benefits. Give them a pointed, particularly lucrative suggestion and let them decide from there.

Suggestive selling is a relatively straightforward concept that takes on several forms — all of which have the potential to give your sales efforts some extra life. Though it's predominantly leveraged in ecommerce and retail, its fundamental premise can be applied in virtually any industry.

Any salesperson can gain or learn a lot from understanding this muted, psychologically persuasive form of upselling.