What Every Founder Needs to Know About Survivorship Bias 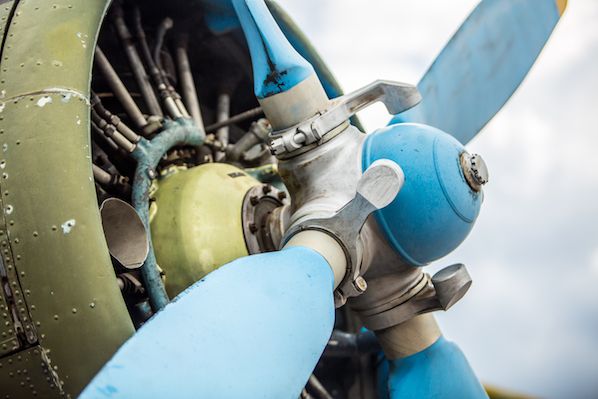 Have you ever heard someone say, “Music was so much better in the 1960’s?” It’s easy to scroll through a list of hits from this era and agree -- but this is a prime example of survivorship bias.

As the decades have passed, only the best and most popular songs from the 1960’s are remembered, replayed, and shared. Simply put, the Nickelbacks of the 60’s have been forgotten.

It’s also true that today’s music industry makes it easier than ever for us to listen to and discover large quantities of music. So, we hear a higher ratio of bad music along with the good.

But what does any of this have to do with founding a business or running a successful sales team? And what exactly is survivorship bias? I’m glad you asked.

Survivorship bias is the act of focusing on successful people, businesses, or strategies and ignoring those that failed. For example, in WWII, allied forces studied planes that survived being shot to discern armor placement. By neglecting bullet holes on lost planes, they missed armoring planes’ most vulnerable areas.

Also called “survivor bias,” this phenomenon refers to the human tendency to study successful outcomes and ignore the accompanying failures. Because of this, we adopt opinions, structure businesses, and make decisions without examining all the data, which can easily lead to failure.

Check out this TED Talk for more on the survivorship bias.

So, how can we avoid the survivorship bias in business? Here are nine common examples of survivor bias -- and suggestions on how to guard against each one.

While this example doesn’t have a direct correlation to business, we’ll start here because it’s often considered the birthplace of the idea of survivor bias.

In World War Two, the allied forces wanted to add protective armor to their war planes. Because resources were strained, they couldn’t add armor to the whole plane. So, experts had to decide which areas were most vulnerable to attack and would benefit most from additional protection.

To decide where to allocate the armor, they studied planes that had been shot but successfully made it back home. They found these planes had incurred no bullet holes to the engine or cockpit, so the obvious train of thought led them to place armor everywhere on the planes except for the cockpit and engine.

Luckily, mathematician Abraham Wald pointed out the flaw in their plan: they were only analyzing the planes that had made it home safely. The location of the bullet holes was not fatal to the planes and, therefore, the aircraft hadn’t been brought down. He recommended the military attach armor to the areas where the surviving aircraft had no bullet holes instead.

By analyzing the planes that had failed, Wald birthed the idea of the survivorship bias -- and likely saved many lives.

2. “Steve Jobs, Bill Gates, and Mark Zuckerberg dropped out of college and became millionaires, so will I.”

A quick Google search of “Successful founders who dropped out of college,” will turn up some of the biggest names in the world. Jobs, Gates, and Zuckerberg are all examples of entrepreneurs who had an idea, took a leap, and, miraculously, became successful.

But by equating their success to hard work alone, we ignore a very important fact: for every successful college dropout, there are hundreds, if not thousands, who weren’t as lucky.

The founders we put on pedestals worked hard, but there were also many circumstantial events that paved their way to success. In fact, research shows the majority of the United States’ most successful businesspeople graduated college -- 94%, to be exact.

Assuming a college degree isn’t necessary to be successful is an example of survivorship bias. While it might not be right for everyone, it’s important to look at all of the available facts before coming to a decision.

3. “If I read the biographies of the world’s most successful entrepreneurs, I’ll understand how to be successful.”

“The Morning Habits of Successful People,” “The Six Characteristics All Billionaires Have in Common,” “The One Thing Jeff Bezos Says Made Him Successful.” How many of these articles have you clicked on? Consider me guilty of opening these and many others.

We love the idea that by learning about our idols, we’ll be able to emulate their success. The problem is that these articles -- and even deep-dive biographies -- don’t present all the data necessary for us to mirror their success. We overlook the variables not visible to the average reader and make decisions with incomplete data.

While it’s hard to find books on the hundreds of people who likely tried and failed to create Amazon before Bezos did, it’s important to remember attempting to recreate the success of the successful won’t necessarily translate into similar results. Sometimes hustle isn’t enough and circumstances take over.

4. “If I pattern my company after Warby Parker, I’ll be successful.”

The odds are not in your favor and modeling your company after one that’s been a success doesn’t guarantee you’ll achieve the same level of success.

This version of the survivorship bias leads many founders to try to fit their business into a model that just isn’t right for the current market, their audience, or their growth stage.

When starting a new business, draw inspiration from the companies you admire, but assess the market to understand how you must evolve for the well-being of your idea.

5. “My product is better than their product, so I’ll succeed.”

Did you know TiVo is still in business? This digital video recorder was one of the first on the market and, arguably, is still one of the best. At its height, it was so popular, it became a verb. And most of our parents are probably still telling us they TiVo’d “The Amazing Race,” when we know they’ve been using DVR for at least five years.

TiVo is a great example of when a better product doesn’t beat ease, brand loyalty, or market flood. Don’t assume that because you’ve created a higher quality product or service, your customer will naturally choose you (case in point, when Sketchers edged out Adidas in market share a mere three years ago).

You must consider the other variables not immediately visible to you to avoid the survivorship bias.

6. “Sales team X used these email templates to increase close rates by 35%. I’ll use these templates and get the same results.”

Almost as prevalent as articles about successful people’s morning routines? Articles telling you how one company made a single change and saw exponential returns -- and how you can too.

But if survivorship bias teaches us anything, it’s that we must consider the other businesses who tried the same fix and saw lackluster results.

Sales team X could have seen a 35% close rate by using these templates -- but what might not be included in the article is they also brought on a new sales executive, changed their compensation structure, and happened to close a few big deals that had been stalled for months.

To assume their 35% close rate increase was due solely to these templates -- and to assume they’ll work the same way for your business -- will likely lead to disappointment.

7. “I’ll calculate ARR based on our current customers.”

If you’re calculating annual recurring revenue (ARR) based on your current customer base alone, you may be poised for a harsh reality when your actual revenue comes up short.

While focusing on current clients is key to business planning, survivorship bias encourages us to study the customer churn rate of the same time last year and factor that into our ARR calculations.

This gives us a more accurate picture of what the company can expect to bring in and avoids disappointments or unexpected cash flow shortages down the line.

8. “If I focus on my unhappy customers, I’ll be able to retain them and decrease my churn rate.”

If you wait until an unhappy customer complains before engaging with them to reduce churn, you’ve likely already lost their business. Research shows about half of SaaS users initiate the cancellation process two or more weeks before their accounts are deactivated.

So, don’t assume everything is great with your customer, simply because they’re not actively sending angry emails. Instead, use tools like the Net Promoter Score® (NPS®) to measure customer satisfaction and growth potential.

By taking the pulse of your current, happy clients, you can spot earlier signs of unrest and proactively address customer issues as they arise -- instead of when they already have one foot out the door.

9. “Our customers are requesting these features, we should add them to our product/service.”

Feature creep! It’s a stumbling block most founders face during the lifespan of their company. It’s what happens when you begin to build or implement product or service features outside your company scope, simply because you’ve received requests from your customers.

While it’s important to keep a pulse on the market, your competitors, and the needs of your customers, it’s equally important to stay focused on your core company mission.

If these additional features detract from the growth of your core product/service, they’re not worth the time and effort they’ll require -- or the few clients they’ll earn you.

Don’t simply study the benefits of adding these features to your offering, consider the survivor bias and review the addition of this feature from all angles.

Survivorship bias encourages us to think about problems in different ways -- which is something entrepreneurs are usually pretty good at. Make sure you have all the data available to you before you make a decision. It might mean the difference between a business that succeeds and one that does not.

Product Differentiation and What it Means for Your Brand

How to Write a Business Proposal [Examples + Template]