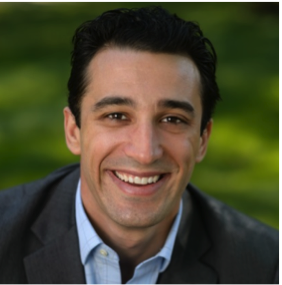 Modern prospects are bombarded with sales emails and social media selling campaigns. While their telephones once rang off the hook with sales calls, now their email and social networking inboxes are filled to the brim. Simply put, your prospects are no longer inundated with phone calls.What does this mean for you? Modern sellers have a huge opportunity to stand out from the crowd by picking up the phone, dialing your prospects’ numbers, and getting them on the line.

For the salespeople who understand how to properly execute phone sales, the telephone is still one of the most effective selling tools on the market today. But it’s not just enough to get your prospects on the phone. Once you do, you must grab their attention and earn their trust. Follow these five recommendations to beat your competition in sales and make your calls and voicemails productive.

1) Say the opposite of what’s expected.

While your prospects are receiving fewer sales phone calls than ever before, they’re probably still fielding them on a weekly basis. This means that they’re on the defensive, looking to avoid sales calls that will waste their time. If you sound just like every other salesperson from the moment your prospects answer, you’ll be dead on arrival.

That’s why you need to set yourself apart from the typical “salesy” caller by saying the opposite of what’s expected. Avoid sounding like every other salesperson by lowering your enthusiasm, and speaking in a calm, genuine voice. Never be overly cheerful or greet prospects too loudly. During the first few moments of a call, prospects should be unsure about whether or not you’re even a salesperson.

For more phone sales advice like this, check out this video:

Most salespeople do and say whatever their prospects want to hear -- but being provocative is a far better way to grab their attention. This certainly doesn’t mean you should start every phone call with an inappropriate joke -- it means you should be open to both challenging and surprising your prospects.

For example, try opening your next call by describing a few major challenges you’ve seen in the prospect’s marketplace. Then find out if the prospect shares those same deep frustrations. Be willing to hold your ground and/or ask probing questions if they push back on something you say.

Along similar lines, playing it safe in your sales voicemails won’t get you anywhere. Stand out in seconds by taking risks in your approach. Talk about a problem you’ve observed that they’re facing or something you know about one of their competitors -- like a recent issue or a new approach that’s setting them apart.

This is the best way to show you have something valuable to offer in just a few seconds. When you aren’t afraid to take these risks, your prospects will begin to view you as someone they should talk to for their own benefit -- not yours -- and increase the likelihood you’ll move forward with them in the sales process.

It’s a sad fact that even your ideal prospects will try to get off the phone with you right away. Some prospects are more difficult than others, but if you’re prepared, you can keep almost any prospect on the phone with you, and edge your way closer to making the sale. You just have to put the right contingencies in place.

For instance, if a prospect tells you, “I don’t have time to talk right now,” respond with, “Okay, that sounds fair enough -- but can I ask you one last question before I hang up?”

This will immediately interrupt the normal sales call pattern and break the prospect’s train of thought. When the prospect inevitably agrees to one more question, be prepared with something powerful and provocative that will spark further conversation.

Don’t rely on a generic script that prompts you to have the same conversation or leave the exact same voicemail with every prospect. Especially when you’re selling to C-suite buyers, it’s important to personalize your message.

Always call with a purpose -- never just to “check in” or “pick their brain” -- and make your purpose clear. For example, start by emailing a report your prospect will find valuable, then call to follow up and leave a voicemail saying you’d love to discuss the report. When prospects know exactly why you’re calling and can see you have valuable information to share, they’ll stop deleting you and start remembering you.

In order to increase the likelihood that a prospect will respond, you have to make the next step as easy as possible. The effort it takes to call you back is too big a barrier for most prospects. Leave your number in the voicemail, but don’t bother asking for a callback.

Instead, tell prospects you’ll follow up in a way they’re far more likely to respond to, even when they’re busy: Email. Try saying, “I’m sending you an email now with this report. If you find it useful, just shoot me a message.”

Your only goal is to have them get back in touch with you and continue the conversation. The easiest way to do that is to follow up with an email your prospect will actually open and read.

Found this useful? Check out my free 9 Day Sales Intensive to jumpstart your improved selling process.