No matter how differentiated your company's product or service, how fantastic your salesperson's insights, or how strong the customer need, at the end of the day, a deal won't close without a relationship between the buyer and the seller. Even in our digital world, the human element still has a significant impact in sales. 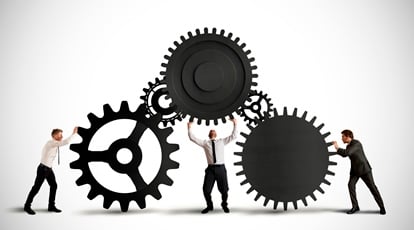 So who should salespeople be talking to? The senior decision maker is an obvious choice. But as CEB Advisory Services Senior Director David Anderson pointed out during his Dreamforce 2014 breakout session, widespread, internal support for a new product or service is a critical factor to decision makers. So while a rep thinks they might be cutting to the chase by reaching out to the contract signer first, they could actually be lengthening their time to close by failing to adequately address the entire stable of relevant stakeholders. "I love your offering, but we have to get Jane, Joe, and John on board before we proceed ... "

Still, salespeople have to start somewhere. They can't -- and shouldn't -- stall their actions until they corral each and every relevant stakeholder in a room. Certain types of buyer contacts must be better at persuading others to get on board with change, and are therefore more valuable "ins" from the seller's perspective. So who should reps prioritize?

After describing each stakeholder type, Anderson then posed a question to attendees: If you had to choose three of these seven that you would guess high performers prioritize over the others, which would you pick? While some personas garnered more raised hands, Anderson noted that none of the stakeholder types (with the exception of the Blocker) failed to receive at least a few votes.

The significance was not lost on the room. "You all are very seasoned sales professionals; very successful and intelligent, and yet you still can't agree on which is the best stakeholder to engage in a complex sale," Anderson said.

So which are the top three from CEB's stance? Anderson revealed that high performers prioritize the Go-Getter, Skeptic, and Teacher. On the other hand, average performers leaned toward the Friend, Climber, and Guide.

Anderson quoted a customer to illustrate the difference between the two groups.

"Average performers are like electricity -- they will always follow the course of least resistance," he said. "They confuse access with action, [but] just because someone is talking to you doesn't mean they're going to do something about it."

To Anderson, conversations with Friends, Guides, and Climbers are easy compared to those with Go-Getters, Skeptics, and Teachers, because the latter group expect a deeper level of information and insight. In addition, Friends, Guides, and Teachers -- while available to talk and open with proprietary information -- are generally not inclined to action. Their talk doesn't translate into a walk, which results in a sales rep wasting their time.

Besides being more prone to action, CEB data also showed that Go-Getters, Skeptics, and Teachers tend to hold more credibility in an organization. With these two points in mind, it's easy to understand why sellers who prioritize these three stakeholders generally outperform colleagues who don't.

So the next time you start engaging with a new lead, it might behoove you to categorize the stakeholders you come across into one of CEB's seven personas. It could mean the difference in your account-based selling strategy.

A strategic template for your account-based marketing, sales, and management.