Volume Discounting: What It Is, How It Works, & What It Looks Like

As a wholesaler or supplier of high volumes of certain products, you're going to run into cases where you want a bit more from your buyers — instances where they might have the bandwidth to buy more but lack the motivation to. 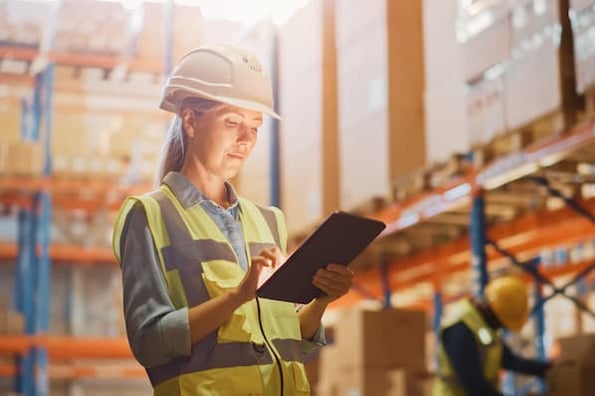 Those kinds of situations put you in a tough spot, and incentivizing buyers to put up more cash for higher volume orders is a challenge in itself. One of the more common, effective ways to address that dilemma is through something known as volume discounting.

Here, we'll explore that concept further, look at the different types of volume discounting, see the pros and cons of leveraging one of these strategies, review some examples, and differentiate it from a similar concept called quantity discounting. Let's jump in.

Volume discounting is a pricing method where a business incentivizes customers to a higher volume of a good by offering discounted prices for higher quantities. For instance, a company that sells t-shirts wholesale might charge full price for 100 shirts but half price for any more shirts purchased after that.

Let's take a look at the three most common types of volume discounts.

Threshold volume discounting is a method where the discount a business offers only goes into effect after a buyer hits a certain threshold — or quantity — with their purchase. For instance, a supplier might offer a discount on any units purchased beyond an initial 100.

With a package discount, a company offers a discount for a predefined quantity of a product. For instance, it might offer a discount on packages of 100 units. If a firm buys 99 units, it doesn't get the discount. If it buys 101 units, it only gets a discount on the initial 100.

Pro: It can encourage buyers to purchase more.

This point might seem kind of obvious, as it's the literal endgame of the strategy itself. Volume discounting — like virtually any other kind of discounting method — is designed to incentivize buyers to purchase more. If you can construct an effective volume discounting pricing strategy, you should be able to consistently drive higher volume purchases.

This point is relevant to any discounting strategy. By offering goods at lower than normal prices, you're cutting into the profit each unit generates. But if you sell enough at a discount that's not too drastic, you can offset those per-unit losses with higher sales.

Pro: Like any other promotion, it can attract new customers.

Discounting, as a concept, rests on the fact that a lot of buyers are receptive to better deals — and if you can effectively tailor and promote a volume discounting strategy that will pique buyers' interest, you can attract a solid base of new customers.

This is a risk you always run with offering any kind of discount. Any of these methods can essentially move the goalposts and become the standard of what consumers expect from your brand if you're not careful — and a volume discounting strategy is no exception.

Volume pricing is typically employed by businesses or manufacturers that sell goods in bulk to incentivize buyers to order more. For example, let's imagine a corporate buyer like Walmart is looking to buy a certain brand of TV to stock its electronic departments in the Northeast United States from a manufacturer overseas.

Walmart intends to buy 10,000 units, but the supplier wants it to buy 12,000 — here's how the various volume discounting strategies might look if the supplier leveraged them.

As we established, the manufacturer Walmart gets in touch with wants it to order at least 12,000 units on the spot, but Walmart is only interested in ordering 10,000 at the moment. So to incentivize Walmart to buy those extra 2,000 units, the manufacturer offers any additional units purchased beyond the initial 10,000 at a 15% discount.

With this method, the manufacturer might offer a 10% discount on 12,000 TVs. If Walmart wants to get that deal, it would have to buy that fixed quantity.

Volume discounting is often conflated with a similar method called quantity discounting. And while the two have fundamentally similar premises, the main distinction between the concepts comes down to scale.

Volume discounting is typically used to incentivize buyers into purchasing large quantities of a good — think wholesale or bulk buying. For instance, a wholesaler might offer volume discounts that apply to orders of over 1,000 units.

Successfully employing a volume discounting strategy can be a tricky process, and it only suits certain kinds of businesses. But if your company moves high quantities of certain products, it serves you to understand the concept.