What to Do When You Get a Tough Objection 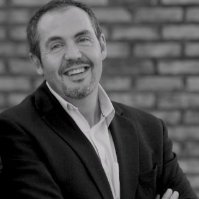 It’s one of the most common questions salespeople ask: “How do I overcome a tough objection?” The answer may come as a surprise -- you don’t. When a prospect or customer throws a tough objection your way, your job isn’t to “overcome” it. Why not? Because traditional turnarounds are completely ineffective.

Here’s what a traditional “turnaround” sounds like: “Bill, I have to tell you, other people said the same thing about our delivery times, until they saw how we could blah blah blah … ” Typical salespeople will try to defend and justify their position, and that kind of comeback is combative and adversarial. And the prospect rarely believes you or changes their mind.

We have a Sandler Rule for this: Only the prospect can overcome an objection, not the salesperson. Look for a way to reverse the direction of the conversation so that you get into a deeper conversation and uncover more information about what’s important to the prospect. Then the prospect might choose to withdraw the objection in exchange for something more valuable.

This strategy takes practice. Here’s a good way to get started. Write down a list of the most common questions, challenge statements, or objections that you run into in your average work week. Then take a few moments to:

For example, if prospects often say, “Your delivery times are way too long,” you might say:

The goal is not to win an argument with Bill about whether the delivery times are too long, but to create an opportunity for a continuing discussion that will tell you why this matters to Bill. Right now, you simply don’t know. Again, your goal is never to convince Bill that he’s got it wrong, but to support the discussion that gets you closer to seeing all the pieces of the puzzle. In this scenario, your delivery time may still meet his deadline. You’ll only know if you probe further.

As you continue the discussion, ask different kinds of questions. Aim to rotate the types of questions so you don’t sound like a manic parrot. Without wanting to suggest in any way the buyer-seller interaction is the least bit aggressive, confrontational, or acrimonious, let me ask you to think of yourself as a boxer, sparring in the center of the ring with the prospect.

Well, your questioning strategy should be the same. Mix it up, don’t always do the same thing, and don’t always be mechanical or predictable. Otherwise, the next thing you’ll be looking at is the ceiling, and the next voice you hear will be the referee shouting, “ … 9 … and 10, you’re out!”

Patiently asking varied questions, rather than attempting to turn anything around, will usually lead you in the right direction. However, if your discussion shows there isn’t an opportunity at the present to do business, there’s still one more question you can ask.

It might sound like this: “I’m getting the impression you’re going to either choose another supplier or do nothing at this time. No hard feelings, Bill. Such is life. Just out of curiosity, what’s the one thing I could have done better for you?”

In response, you’ll get one of two things: A valuable lesson about where you fell short or a request from the grateful prospect that you find a way to work through the obstacles and make it work -- together.

For 101 questions you can ask on a sales call and the strategies and tactics behind them, check out my new book, Asking Questions the Sandler Way.

Sales Maximization: A Picture of Its Principles and Practice