Are you ever bothered by people overwhelming you with too much help? 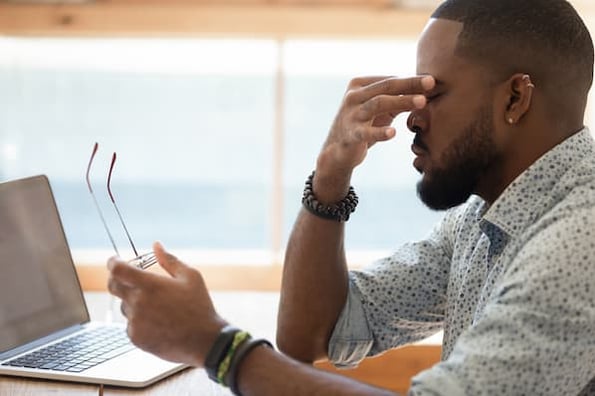 For instance, imagine you're at a department store, and the employee who greets you at the door doesn't just say "If you need help, let me know," and let you shop. Instead, they follow you around through every aisle, rattling off information about every article of clothing you look at, and constantly ask, "Do you need help now?"

And while their intentions are probably good, their behavior reads more as desperate and invasive than noble and constructive. The same principle applies to B2B sales. Sometimes, reps can be exceedingly helpful and friendly, and while that might be perfectly pleasant in theory, it can undermine their sales in practice.

Here, we'll take a closer look at why being too helpful impedes sales and review some way-too-nice tendencies reps need to avoid when conducting their efforts.

Why Being Too Helpful Hurts Sales

In a world where buyers are constantly inundated with buying options and information, the majority of stress from B2B sales tends to fall on prospects. Every purchase they make comes with a lot to consider, and going with the wrong option can have some lasting consequences.

They're bound to be in a tough position, and for your sake and theirs, you're best off not making it any tougher. You need to empower your prospects, and that can be tricky to do. "Empower" might seem like one of those empty sales buzzwords that cheesy motivational speakers say at conferences in Holiday Inn Express ballrooms.

While that might be the case, I can tell you two things that the term doesn't mean. Empowering doesn't mean totally forfeiting control of a conversation to a prospect, and the same goes for overloading potential customers with excessive attention and enthusiasm.

Empowerment in sales is the delicate art of guiding prospects without overwhelming them. If you're too passive or overbearing, you'll lose out on that balance.

Unfortunately, some reps conflate those less-than-ideal qualities with being helpful. And in those instances, being overly helpful becomes more of a detriment than an asset to effective sales efforts.

It's a buyer's world, so the object of a sale is to make the buying process as easy as possible. That means offering them direction with some room to breathe, and if you want to strike that balance, there are some tactics and tendencies you need to avoid when conducting your sales efforts.

Being too aggressive, overbearing, and persistent when responding to prospects is one of the most common "unhelpfully helpful" behaviors some reps exhibit. Your buyers are professionals, so give them some credit. You don't have to walk them through absolutely everything when selling to them.

They probably don't need (or want) you to hold their hand through the buying process like your kid at a crosswalk — and that goes double for having you constantly trying to push them along. You need to be more calm, calculated, and rational with how you approach your outreach.

Take a more prescriptive approach. That means teaching prospects what and how to buy and offering very concrete, selective guidance on what information actually matters most. Let them know the specific options will deliver the greatest value (and which ones won’t).

Be mindful of which stakeholders need to be involved in the buying process and focus on them. Understand the questions they’re most likely to have, and how best to answer those questions succinctly as they arise.

By no means am I saying you should ignore your prospects — I'm just recommending taking a second to consider how many times you've reached out to a prospect already and whether the information you want to offer will actually move the sale along.

2. Caring Too Much About Being Liked

B2B sales is about relationship building — not friendship building. It's not about finding buddies to go to movies and ride tandem bicycles through the park with.

Ultimately, it's a professional engagement, rooted in conveying the value of your product or service. It's not about your personal compatibility with a prospect — it's about their interests and what your business can do to serve them.

Caring too much about being liked tends to make you lose sight of why you're talking to your prospect in the first place. Reps that struggle with this point often get fixated on establishing a personal bond with prospects as opposed to showing why their offering suits those prospects' needs better than the competition.

In these cases, reps need to understand why they're selling in the first place and be mindful of the fact that they're engaging in a business transaction — one that's taking place during work hours. They need to prioritize the sale above how well they personally vibe with the prospect.

This point ties into the one above. A lot of the time, reps struggle with push-back and engaging in some give-and-take with prospects. They have a natural aversion to conflict, and it shows when they run into objections and tension.

Some reps think they're being helpful by backing down and avoiding confrontation, but it's important to bear in mind that conflict is natural and productive when handled correctly. They need to be willing to embrace discomfort and handle testy situations with tact and maturity.

Having a willingness to engage in constructive conflict is a mark of an exceptional salesperson. Reps need to be well-prepared and assertive enough to calmly and thoroughly address objections — with the necessary composure to effectively navigate tense conversations.

If you can't get uncomfortable in a sale every now and then, you're going to lose out on several substantive conversations and opportunities to more sternly position your solution. You'll also have a harder time earning prospects' respect. And if you flub all those elements, you're bound to miss some potential deals.

Sometimes, reps get a bit jumpy when conducting sales. They might be too excited, overzealous, or flat-out nervous and, in turn, become extremely talkative.

In these cases, they might wind up dominating the conversation, overloading their prospects with information, and not letting whoever is on the other side of the pitch get a word in edgewise.

You might think you're helping your prospect by offering them a massive influx of information, pre-empting any potential objections you think they'll have, and rattling off every last bell and whistle your product or service has available. But in reality, you're probably frustrating and confusing them.

Take a deep breath. Let them air out their concerns, and respond accordingly. Embrace silence when necessary. Listen to them, and assure them that you're hearing what they have to say. As I said, conversations generally involve multiple people — let that be the case here.

Even though talking over your prospects is a bad policy, the inverse is just as counterproductive. Letting your prospect say whatever they feel they need to say can feel helpful. It might seem like you're giving them a stake in the process — and that's important.

But there's a line between letting potential customers participate in the conversation and letting them dominate it. Remember, you're on this call for a reason — you have a job to do. You need to have a significant enough place in the discussion to effectively convey your value proposition.

If you sit idly by and let a prospect talk over you, you won't have the space to explain why you're even having the conversation in the first place. The key is to conduct your conversations with guidance and temper them with empathy.

Sternly direct the conversation while leaving room for objections and concerns, but always bear in mind that you're the one making the pitch, and they're the one considering it.

You can be assertive without being aggressive. Your first priority is demonstrating why your product or service is their best option. Make sure you address that, above all else.

This article isn't an "anti-help" hit piece advocating for being cold and mean when conducting sales. You need to offer your prospects help, but there's a difference between help and hand-holding — and that goes double if that hand-holding is tight enough to hurt them.

Your prospects are professionals, and you need to treat them as such. Even though it's tempting to default to being too nice or getting anxious about silence or delayed responses, you need to remain composed and thoughtful. And if you're too helpful, you'll wind up being neither.